Health service should not pay the price for political failure, Swann warns 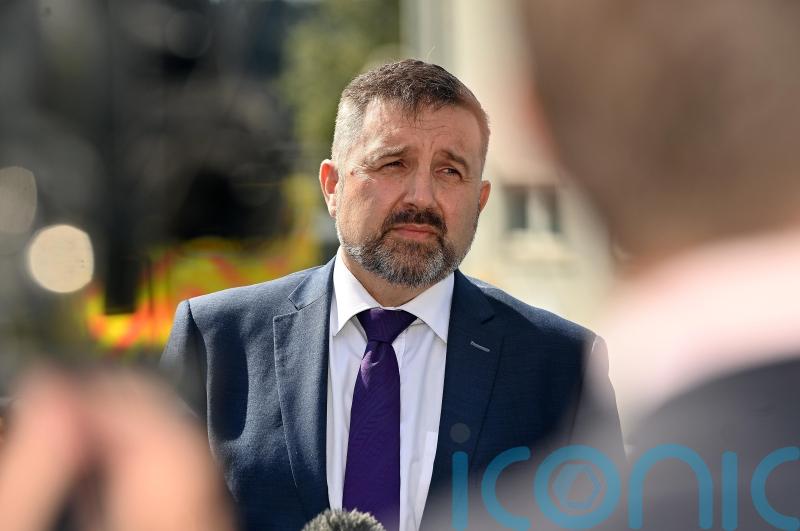 Patients and healthcare workers must not be left to pay the price of political irresponsibility in Northern Ireland, a Stormont minister has warned.

Health Minister Robin Swann highlighted the implications of the current powersharing impasse after formally telling Stormont colleagues he will need to overspend by £400 million to continue delivering effective services.

Mr Swann said the lack of an agreed budget – a consequence of the Stormont crisis – is exacerbating the problems within the already stretched healthcare system.

A budget for 2022/23 had not been agreed by the Stormont parties prior to the ministerial executive imploding in February.

Before that, ministers had agreed in principle that any new spending plan would need to allocate increased funding to the region’s crisis-hit health service.

In the absence of a functioning Executive, departmental funding is being distributed using emergency arrangements on the basis of last year’s budget settlement.

This means the health department is not receiving the uplift it might have otherwise expected if an Executive was in place.

Mr Swann’s department received more than £6 billion in last year’s budget. However, he also secured an additional £1 billion as the year progressed as a result of in-year redistribution exercises.

On Thursday, the minister said he could not even rely on receiving that extra £1 billion this year.

“We need a budget now, health needs the surety of a budget,” Mr Swann told reporters on a visit to the Ulster Hospital on the outskirts of Belfast.

“I can no longer continue to run the health service on the never-never, because that’s basically what I’m asking officials to do at this minute in time.” 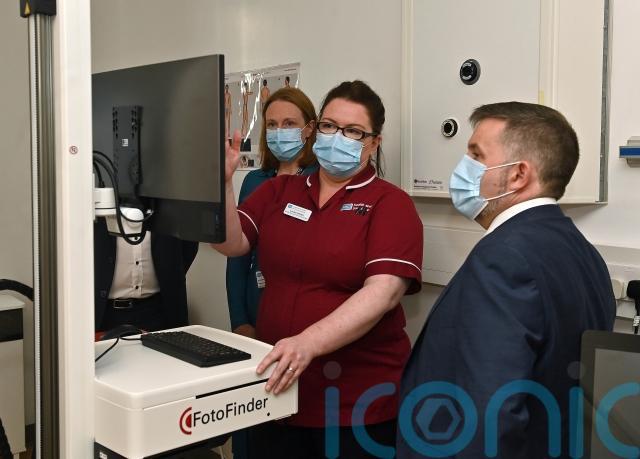 Earlier, Mr Swann outlined the implications of the ongoing absence of a budget in a letter to Finance Minister Conor Murphy, which was also circulated to other ministers in the zombie administration.

Stormont is currently without a properly functioning Executive due to the DUP’s decision to block its operation in protest at Brexit’s Northern Ireland Protocol.

There is no first or deputy first minister in place, and, while other ministers are in post, they are limited in the decisions they can take.

Northern Ireland currently has the longest waiting lists in the UK and the latest statistics, released on Thursday, show that waiting times continue to increase.

On Thursday, the Royal College of Nursing announced it is joining colleagues elsewhere in the UK in balloting members on strike action. 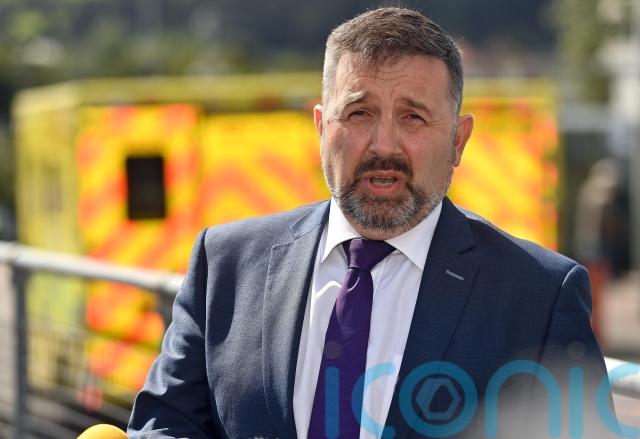 In his letter, seen by the PA news agency, Mr Swann said the lack of a 2022/23 budget means he is facing three key funding pressures that add up to £400 million.

These are £80 million to address waiting list pressures, £200 million to cover recommended salary increases for staff, and £120 million created by issues such as energy price inflation.

The minister said there is a need for sustained increase in funding, along with transformation of service delivery, in order to “bridge the gap between supply and demand”.

Mr Swann said not overspending by £400 million would require him to actively stop some clinical activity, to halt additional recruitment, and not pay existing staff the 2022/23 salary increase.

He made clear he will not take any of those steps.

“All of these measures would take us in the directly opposite direction to that which is required to address the major challenges in health and social care. To be clear, I will not be implementing them,” he wrote.

The minister said he will continue to direct his department to deliver effective healthcare even though there is a “clear risk” of overspend.

Answering media questions at the Ulster Hospital, Mr Swann said technical and legal questions remain unanswered over whether he has the authority to direct officials to take actions that would see his department overspend its projected allocation.

Asked whether the UK Government should step in to pass a budget for Northern Ireland at Westminster, Mr Swann said he is “not precious” about how the budget is passed, as long as it is.

“It would be irresponsible for us that either our staff or our patients would have to suffer because of political inadequacies in Northern Ireland,” he added.