DUP cannot give timetable for return to powersharing, says Donaldson 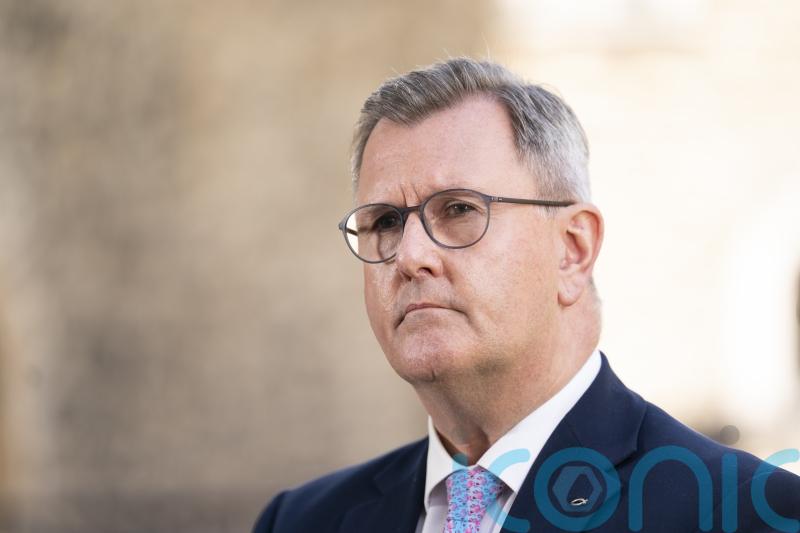 DUP leader Sir Jeffrey Donaldson has said he cannot set out a timetable for his party’s return to devolved powersharing at Stormont.

Sir Jeffrey said his party can only make a decision on its next move when the incoming prime minister is in office and has made clear their intent on Brexit’s Northern Ireland Protocol.

His comments came ahead of the latest attempt to restore the political institutions in Belfast by way of a recalled sitting of the Assembly.

Wednesday afternoon’s bid, instigated by the SDLP, is set to again end in failure as the DUP has made clear it will continue to block the election of an Assembly Speaker, meaning no further business can be done. 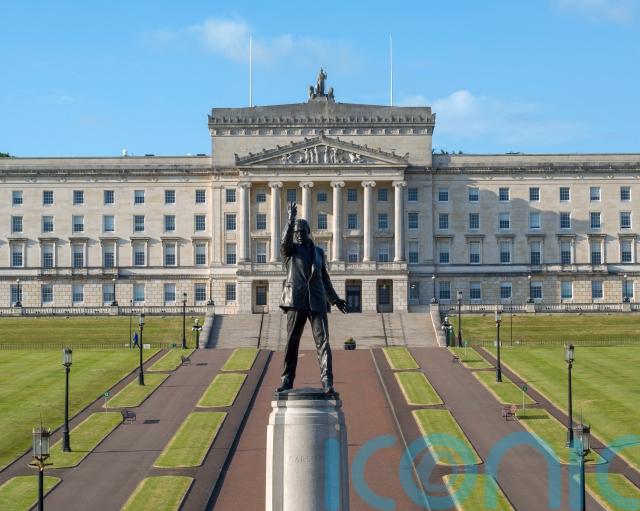 The Stormont institutions have been in flux since February when the DUP withdrew its first minister from the devolved Executive, calling for the UK Government to act on the protocol.

The party has remained firm, resisting several attempts to resuscitate the powersharing institutions until it sees progress from the Government in removing trading barriers between Northern Ireland and the rest of the UK.

Two previous attempts to elect a Speaker, which would open the way for the nomination of first and deputy first ministers and the reconstitution of a governing executive, have failed.

Controversial Government legislation that would empower UK ministers to unilaterally override the protocol it agreed with the EU on Irish Sea trade is currently making its way through Parliament.

The DUP has linked its return to Stormont with the progress of the Bill.

While it had been anticipated that the Bill’s passage through its Commons stages last month might have prompted the DUP to take an initial step back into powersharing, by allowing the nomination of a Speaker, the resignation of Boris Johnson and subsequent uncertainty over the next prime minister’s attitude to the Bill has seen the party delay that first move.

“How quickly are we going to see progress towards the solution that we need on the protocol, because that’s what I need to see happening.

“The sooner we can come to a solution on the protocol, the sooner we will see the cross-community consensus restored that is necessary to operate the political institutions in Northern Ireland.

“I want to see that happen quickly. That’s why I pushed for the Protocol Bill to be put through the House of Commons in all its stages before the summer recess.

“I would like to see it through in the autumn so that the Bill is in place and the enabling regulations that flow from that Bill can be brought forward and the solution on the ground can be put in place.”

Sir Jeffrey, who has branded the recall sitting a “stunt”, declined to say whether he would prefer Rishi Sunak or Liz Truss as the next prime minister.

“That’s a matter for the Conservative Party,” he said.

The SDLP, which has assumed the role of official opposition in the Assembly, said Wednesday’s recall session would serve as a challenge to the DUP to get back to work.

A motion to debate the cost-of-living crisis has also been scheduled for the session, but this will not proceed without the election of a Speaker. 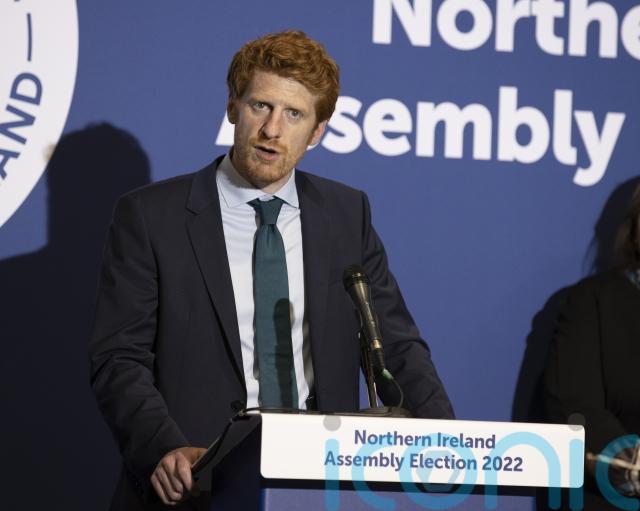 SDLP Stormont leader Matthew O’Toole said it is “outrageously cruel” for the Assembly not to be functioning at a time when families are struggling with rising prices.

He said the inflation crisis has worsened since the last recalled sitting in May and there is also a need to press the DUP on its timetable for re-engaging with Stormont.

“Those are substantive real reasons for us to recall the Assembly and find out where the DUP are, frankly, why they’re continuing to operate this veto,” he told Radio Ulster.

“So I completely reject the idea that it is somehow a stunt or that it’s pointless to recall the Assembly.

“I’m afraid basic democracy and accountability have to become the norm at this place and that’s part of what we’re going to be doing in our position as the official opposition.”

Ulster Unionist MLA Mike Nesbitt has been nominated for the role of Speaker on the previous two occasions when the Assembly was recalled.

He said he does not believe the recall will achieve anything while there are still outstanding differences over the protocol.

“I think what would be better than a show, a public show in that chamber, is party leaders getting together quietly, privately, and trying to resolve the differences.

“We have challenges. We don’t have crises at the moment. Let’s deal with the challenges.”

The recalled sitting of the Assembly was originally due to take place last week but was postponed following the death of Lord Trimble, one of the key architects of the 1998 Belfast/Good Friday Agreement.

Mr Nesbitt said: “There is only one fitting tribute to David Trimble and that is for all of us here at Stormont to get the institutions back up and running again, to deal with the issues, including the protocol, and to deal with everything that we have to deal with.

“What we are dealing with are challenges but they’re nothing like what David Trimble had to overcome 25 years ago.”

He added: “We need get need to get back to consociational powersharing, responsibility-taking government here at Stormont.”