Production to be put on at local school 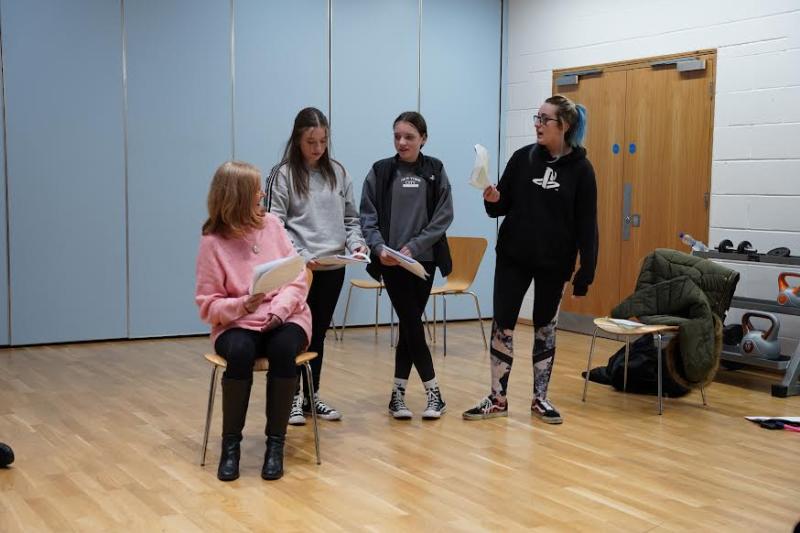 A new stage play is being produce to mark the 75th anniversary of the first houses to be built on Derry's Creggan Estate.

To celebrate the landmark anniversary, over the last few months, Féile, Derry’s largest community arts organisation, have worked with partner groups, residents and local young people on A Green Hill Far Away that will be premiered at St Cecilias College on Sunday next, May 15.

A spokesperson for Féile said had proven a 'massive task' to get the play to the stage.

The spokesperson added: “It would not have been possible without the commitment of all the actors involved as well as the support from so many individuals, groups and organisations from across the Creggan neighbourhood.

“We hope the play will give the audience an understanding of some of the events that have shaped Creggan and the resilience and community spirit and brilliant people that make this place such a great place to live, work, play and visit.’

The production’s title is a tribute to the famous 19th  century hymn ‘A Green Hill Far Away’, which the hill of Creggan provided inspiration for its writer, Cecil Frances Alexande.

The play will feature surprise performances from some local legends as well as musical performances from Paddy Nash, Daryl Martin, St Cecilia's College students and a selection of Creggan traditional musicians.

The play will be performed for one night only at St Cecilia’s College on Sunday next, May May at 7.30pm.

Tickets for the performance are free and can be booked by registering at  https://www.eventbrite.com/e/feile-presents-a-green-hill-far-away-tickets-334062167937

For those without access to the internet, a limited number of physical tickets will be available at Old Library Trust or by calling the Féile Office on 028 71670869.

'A Green Hill Far Away' is part of Féile’s Communities In Transition project, funded by The Executive Office.