Colm McGurk was hard as nails on the pitch and kind and generous off it. 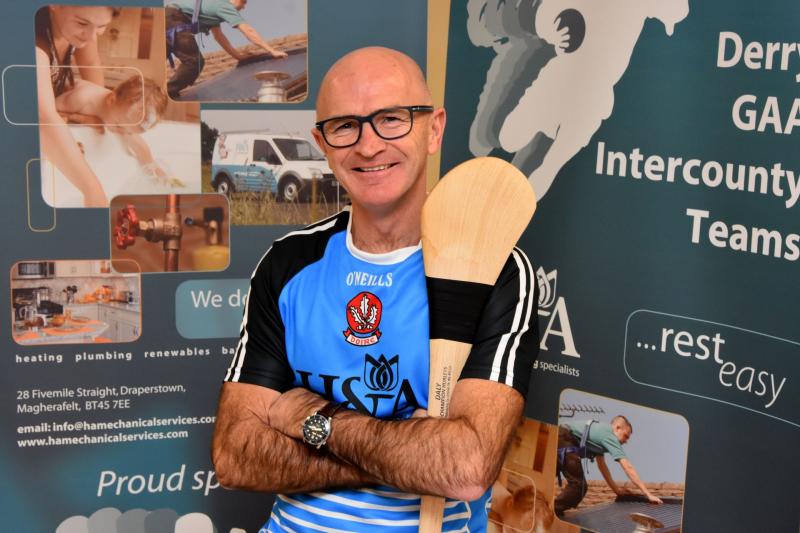 Colm McGurk on the night he was unveiled as Derry senior hurling manager in 2016. Pic by Mary K Burke

The front pitch at St. Pat's Maghera on a snow-day was akin to a scene from the famous battle of Stirling Bridge. Bodies everywhere mainly in black blazers - only a mad woman would have ventured into the affray.

But with my pockets loaded with snowballs and a tomboy heart, off I went into battle. Arm drawn back I took aim at the MacRory full back - I had my eye on him for months.

I released the trigger but my ability didn't match my ambition, my shot fell short catching an unsuspecting Collie McGurk on the back of the head.

He turned with the look of a demon grinning at me, the eyes flashed and he began sprinting – no mercy for the opponent. I ran in desperate search of freedom. Suddenly I was mowed down at the waist – sacked like a quarterback, he had timed the perfect tackle.

With a mouthful of snow and no hope of escape I was suddenly hoisted to my feet by Ernie Dowds, howling and laughing as Collie retreated, grinning from ear to ear.

No quarter asked, none given. That was almost 40 years ago, in 1983 and that was my first encounter with the infamous Lavey great. 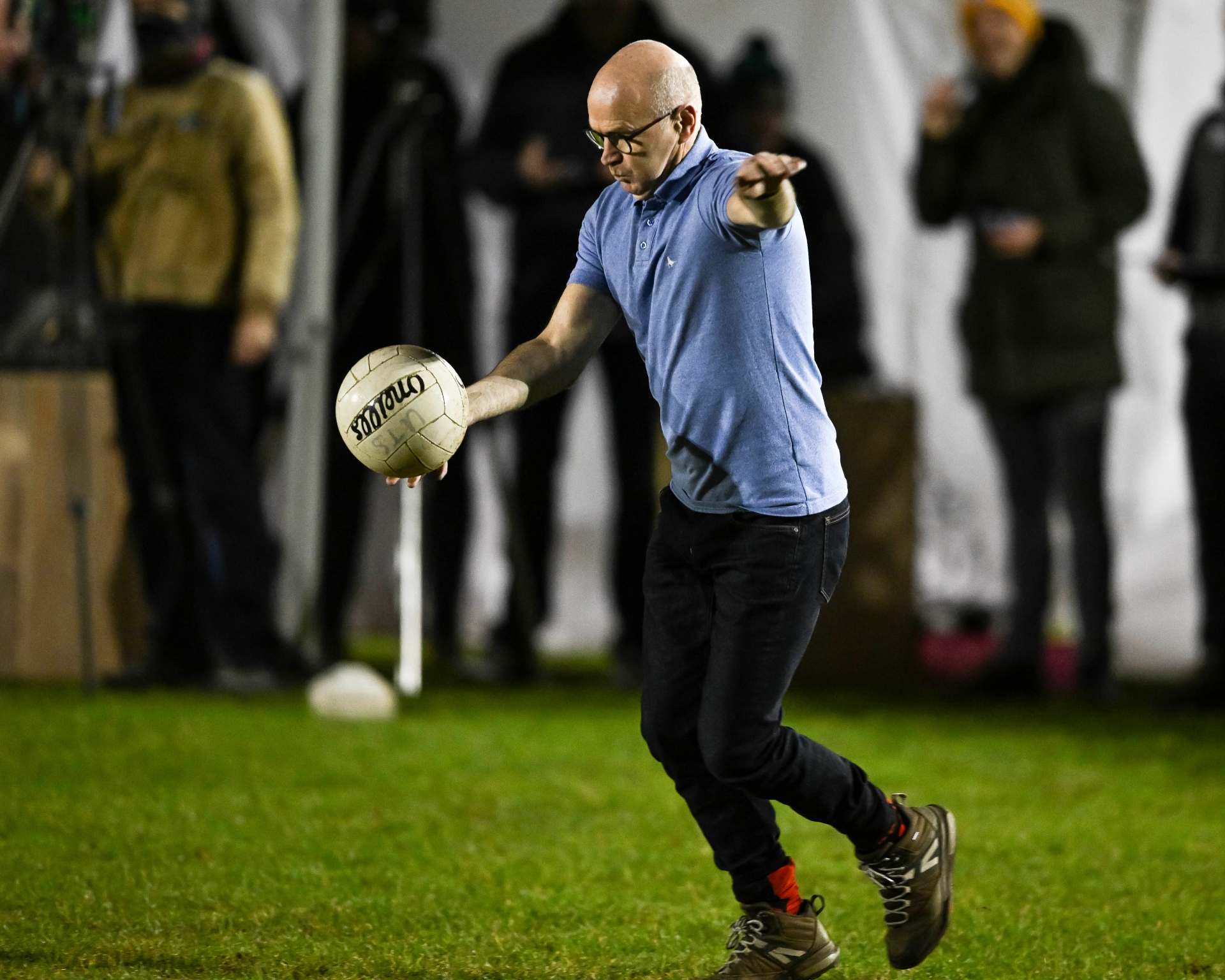 Colm McGurk slots over a free kick at a charity fundraiser for 1993 All Ireland team mate Eamonn Burns in January. Burns said he hit it “as if he did it before breakfast every day”

Colm McGurk was a legend. Hard as nails on the field, kind and generous of spirit off it, and the best of company. He never changed, he never lost his grounded approach to life and he never lost that devilish grin and boyhood charm.

Tributes have rightly flowed from every quarter on the sad news of his passing last Tuesday, many from his greatest sporting rivals, and that within the GAA community is the greatest compliment of all.

A winner to his core, Colm McGurk had won medals at every level. He represented his club and county with immense heart and pride and his club Erin's Own Lavey led the tributes to their former great, describing him as the bravest Lavey man of all time,

"Pound for pound he was probably the bravest Lavey man of all time."

“With QUB, Collie won a Sigerson medal and was selected on the combined universities hurling team.

“However, despite being an All-Ireland winner with club and county, Collie McGurk represents something greater than sport and Gaelic games. 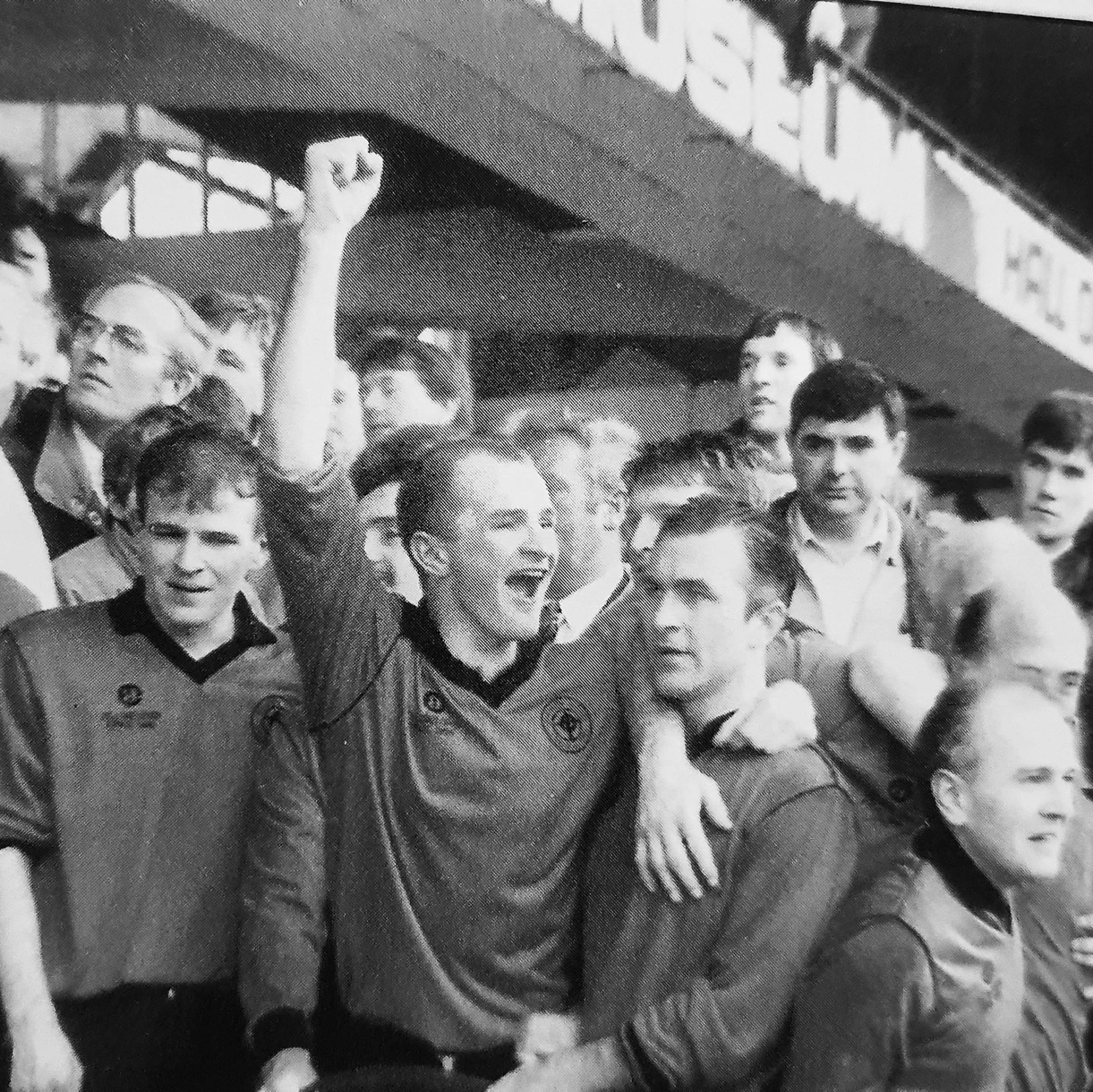 “With his insatiable spirit, energy and lust for life, Collie McGurk was not made for defeat in any walk of life. No challenge, big or small, ever went unmet and his focus was always on the next challenge, the next task. On tomorrow.

“Having managed Derry senior hurlers, Collie was currently guiding a group of young Lavey minor hurlers on a path he had journeyed, playing a game he had so much passion for.

“No words will ever do justice to the life and memory of Colm McGurk, but we must try. A brave, generous, determined, talented, kind, altruistic, inspirational and loving man with a formidable life force has left us.

“His unbreakable spirit and legacy of service to his family, community and county will endure.”

There was no greater rivalry in Derry hurling than between Lavey and Dungiven through the years. Liam Hinphey senior who would have gone head to head with Colm McGurk on many days paid his own tribute, “It is with great sorrow that I learned of the death of Colm McGurk.

"I have known Collie since the early 80's as he backboned the revival in Lavey hurling. His considerable talents and bravery were also at the disposal of the Derry county team and he played a stellar role in the county's historic Ulster championship victories.

My da isn't on social media but wanted to share his condolences after the passing of his good friend Collie McGurk. @laveygac @Doiregaa pic.twitter.com/z0fJr3bSLo

“He also lent his talents to mentoring Derry hurling at underage and senior level. Over the years, nobody appreciated more the support I personally got from him.

“His unceasing good humour was a source of great strength to me down the years. Derry hurling has suffered an unspeakable loss with the death of Collie McGurk.”

“Colm was small in stature but a giant of Derry GAA. Colm McGurk's influence can be found on the blueprints of many areas of the GAA in Derry and Ulster.

“An All-Ireland winner with Derry in 1993 and an Ulster hurling winner in 2000, our former senior hurling manager, a competition sponsor and the chief architect on the Owenbeg complex opened in 2013, Colm had been working with Derry GAA in recent months on plans to further progress our facilities at Owenbeg for player development.” 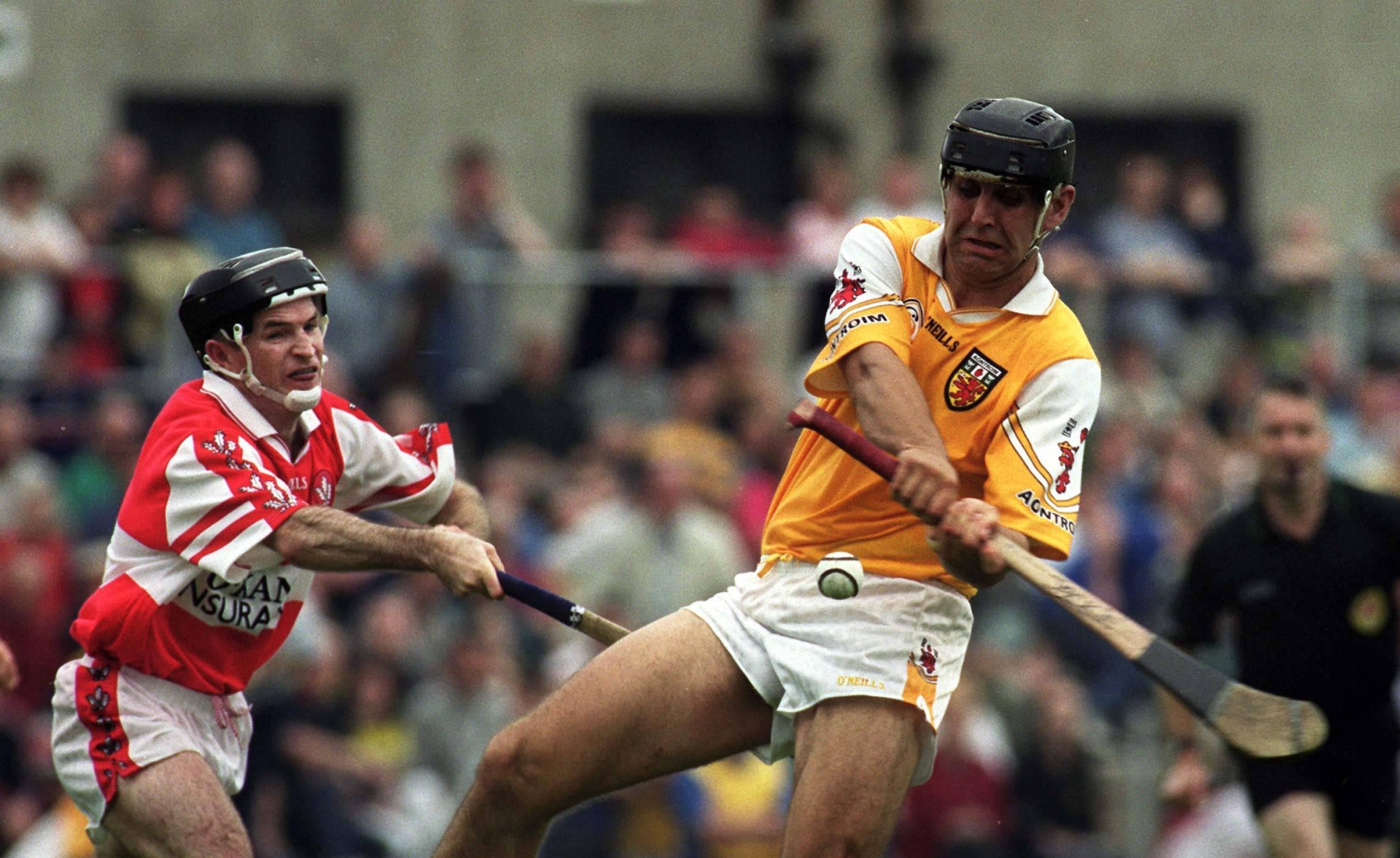 Collie McGurk in action for Derry against Antrim. Pic by Sportsfile.

“As a former team mate and opponent, he was indeed all the things that have been said and wrote about him; brave, tenacious, ultra competitive. He thrived on adversity and rivalry and was hugely successful in hurling and football.

“Off the pitch he was an infectious character, no better man for the craic and many’s a good shindig he was at the centre of, always with a glint of mischief in his eye.

“Collie was known to us as ‘Schillaci’ after the Italian soccer star of the 1990’s; the blue cycling shorts, receding hairline and fiery nature.

“The last I seen of him was in January at the cancer charity kicks event. He strode up in his civvies and fired a shot over as if he did it before breakfast every day. A very smart, loyal and generous man he was too. Remembering the good times. Condolences to all his family. RIP Schillaci,” said Eamonn.

There aren't enough newspaper column inches to list the many tributes paid to Colm McGurk by every sporting organisation in Derry and beyond in the past week. The accolades were universal.

As I spoke to his devoted wife Sinead during Collie's wake on Friday she smiled wryly and said “Ach Mary K there'll be less craic now.”

There is no doubt there will be less craic without Collie, but his legacy and his achievements will be long recalled amongst those of us who were lucky enough to have known him.