Derry boss outlines an injury update ahead of season-defining game 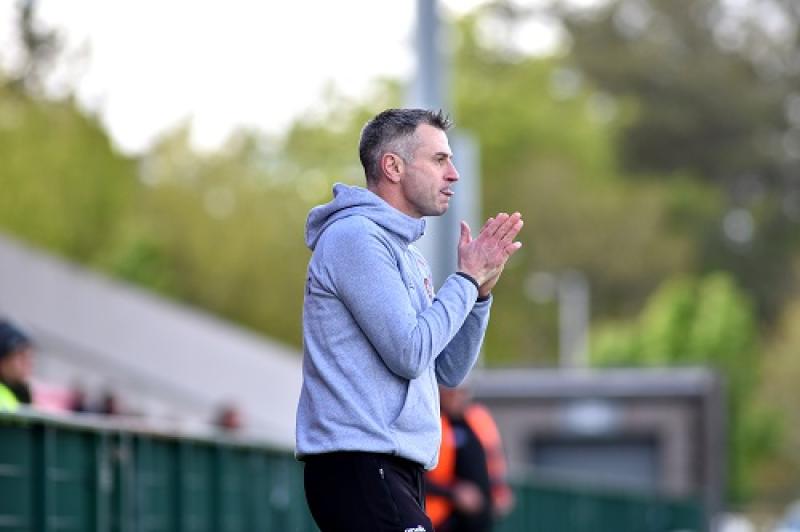 Derry will monitor Brendan Rogers this week ahead of Saturday's league semi-final with Limerick in Carrick on Shannon, but manager Rory Gallagher said it's 'unlikely' the Slaughtneil defender will be available for selection.

Rogers went off in the second-half of Derry's win over Cavan with a hamstring injury. While Derry's medical team felt the injury wasn't as bad as first feared, a scan last Tuesday revealed a 'small tear'.

“The scan told us what we thought at the time, that it was a two or three-week injury,” an upbeat Gallagher told the County Derry Post.

“He (Rogers) has responded really well to rehab work and I think it will be unlikely that he'll play more than likely. We'd love to have him, but we'll have to monitor him this week.”

A win for Derry on Saturday would secure Division 2 football for the first time in since 2017. The Oakleafers trained on Saturday and Sunday over the weekend.  Aside from Rogers, the Derry boss has reported a clean bill of health ahead of this weekend's make or break game.

“Paudie Tad (Cassidy) has been back in full training all week,” confirmed the Derry boss.  Cassidy missed the win over Cavan with a 'head cold' after starting against Longford and Fermanagh.

“Clucky (Conor McCluskey) and Karl (McKaigue) have moved through the gears. Shea Downey was a bit late (back to full training) and they have all had another week under their belt at a good level, so it is very positive as regards the rest of the squad.”

The only other exclusion is Glen's Danny Tallon who stepped away from the panel last week, but the Derry manager confirmed he won't be calling anyone else up to the squad.

“We will be working with a small squad and we will get the boys to commit to each other,” Gallagher concluded.

Grab a copy of Tuesday's County Derry Post for a preview of Saturday's game and a word from former Limerick player Pa Ranahan on the mood in the county ahead of their clash with Derry.