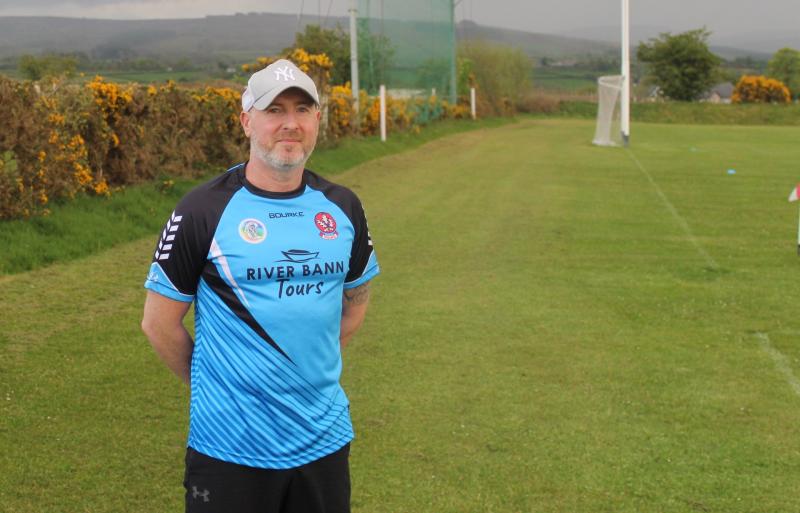 Ciaran Cunningham is in the second year of his second stint as Derry senior camogie manager.

As the dust settled on Derry's defeat to Meath in last season's All-Ireland Quarter-Final, Ciaran Cunningham's message was clear during his post game interview. Everyone in Derry needed to buy in. The county's ball was in its own court.

At the start of the season, 50 letters were sent out to players across the county inviting them to take Derry on the next stage of development.

Slaughtneil's Ceát McEldowney and Shauneen Donaghy of Kilrea, who were initially on board, opted out due to work commitments.

In recent weeks, five of the Swatragh players stepped away from the county panel, citing club commitments.

With games against Down and Antrim on the horizon, Cunningham sees it as an opportunity for others to put their hand up for consideration from a squad he feels has got tighter.

“It was a bolt out of the blue,” Cunningham told the County Derry Post, in relation to the loss of part of their Swatragh contingent.

“One of them (Janet McGuckin) was captain last year and four of them were starters. It would've been good to have those girls involved and they would've been starting and had new girls in around them.”

“The other side of it is...there is opportunity for someone else,” said Cunningham, who led Derry to Ulster glory in 2017.

“Things are going well on the pitch over the last few weeks. I have seen a tighter bond within the group.”

Cunningham introduced a players' group this season, as an intermediary between the squad and the management team, which also includes minor manager Paddy Downey.

The management duo bounce ideas off each other and Cunningham sees the link and Downey's knowledge of the underage scene as invaluable.

“I can question Paddy about the younger girls and they will feel comfortable in that there is a familiar face,” he said.

Cunningham introduced a group of six players to act as a buffer between the squad and management team. It comprises of two experienced players and girls just new to the panel, with the view to building a squad for the long haul.

“If you are new into an environment, it is difficult settling into it because you feel you haven't a say, they might think they'll say something that is wrong,” Cunningham maintains.

“I wanted to give them (new players) a voice. At the end of the day, Ciaran Cunningham or Paddy Downey might not be there next year, or the year after that. Those girls will be there now and if they are there now, they should have a voice now.

“I have picked four girls that have joined the (players) group and it has been about making them feel welcome.”

Outside of camogie, training gear has been secured. Food after training, individual named water bottles and custom-made wristbands with a 'poignant' message relating to the squad.

“They are only the small details, but they all add up,” Cunningham explains. “It means that every box is ticked.”

“We sat down with the team in a workshop and asked what time suits the group best, so we got those things ion place...we told them it was their team.”

Last weekend, Down and Antrim played in the first game of the section at Portglenone, a game streamed live. Derry's bye leaves them going in Saturday's game with Down undercooked.

It means their new players will get their opportunity to shine sooner than expected.

“You would've liked to integrate them into a starting team, but that might've taken a season to get them in,” Cunningham said. “The opportunity could come now and it is sink or swim time.”

He laughs at the suggestion of having Down first, as if someone is out to get Derry. But, the St John's man relishes the challenge.

Cunningham looks back to 2020 and how he had only 14 players for the opening game of the season.

“We are going a lot better this year,” he continues.

After Saturday, Cunningham's native Antrim will be the visitors to Celtic Park for the second game in the group, something he insisted on. A young girl growing up in Derry should have the same access to their county ground as the men.

“Most of the girls are from South Derry, but so what. It is your county ground, I want them to have use of it,” Cunningham stressed. “Going around different club pitches means you have no base and you have to get used to your base.”

The recent camogie story surrounded the structure of the season. The players' stood up to the Camogie Association's' attempt to shoehorn the club season between the inter-county league and championship.

“Now I am happy with the fixtures,” Cunningham states, with the business end of the club season pushed back to the autumn.

He is a big advocate of the club game and as many players as possible should be playing for their clubs during the inter-county season. Shutting down the club scene would be a backward step.

His suggestion is to name those in contention for the county on a given week, with the rest released to their clubs. The show goes on. Players need action.

“The rest of the girls should be free to play for their club during the week as Down and Antrim are doing,” offers the Derry boss.

“It means we can go and watch the girls on a Wednesday night playing for their club. You still can find the diamond in the rough, someone who is not part of the panel and I am keeping my eyes open.

“It would be detrimental to Derry camogie if there was a cessation of club fixtures.”

The top two teams advance to the league quarter-finals 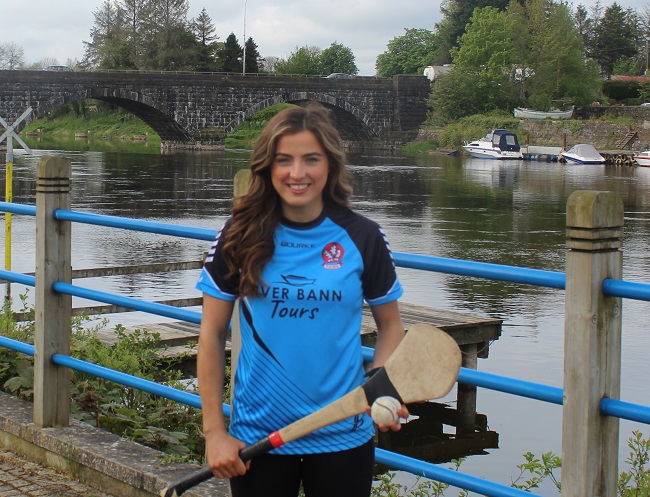