INTERVIEW: Mutual respect during debate is the essence of politics: Cllr Paul McLean

The DUP leader on Mid Ulster District Council has been an elected representative for almost 32 years. 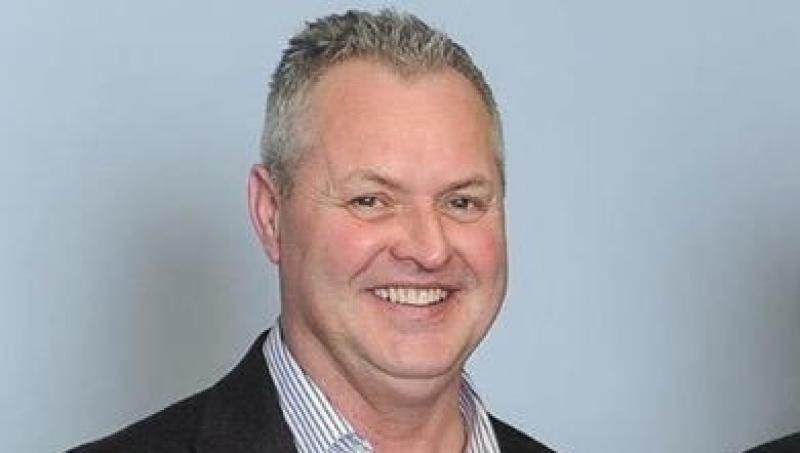 Magherafelt councillor Paul McLean talks to Liam Tunney about longevity, flags and how agreeing to disagree can work if there is mutual respect.

The following is an extract from an interview which can be listened to in full, in podcast form, here.

Liam Tunney: Could you tell me why you got involved in local politics?

Paul McLean: I was always interested in people and in helping people. In my circumstances, I grew into it and it was a natural progression.

I joined a political party and then the opportunity arose for a position as a councillor. That was 32 years ago and the rest is history.

LT: Is there any achievement in your years on the council you are particularly proud of?

PML: When I was Chair, in 2007 or 2008, we harnessed all our schools, primary, secondary and grammar schools throughout the Magherafelt district and ran a musical evening in the leisure centre in Maghera.

600 kids took part from across the district. Teachers, councillors, council staff all came on board. There was great comradeship and we raised over £20,000 for MacMillan Cancer. 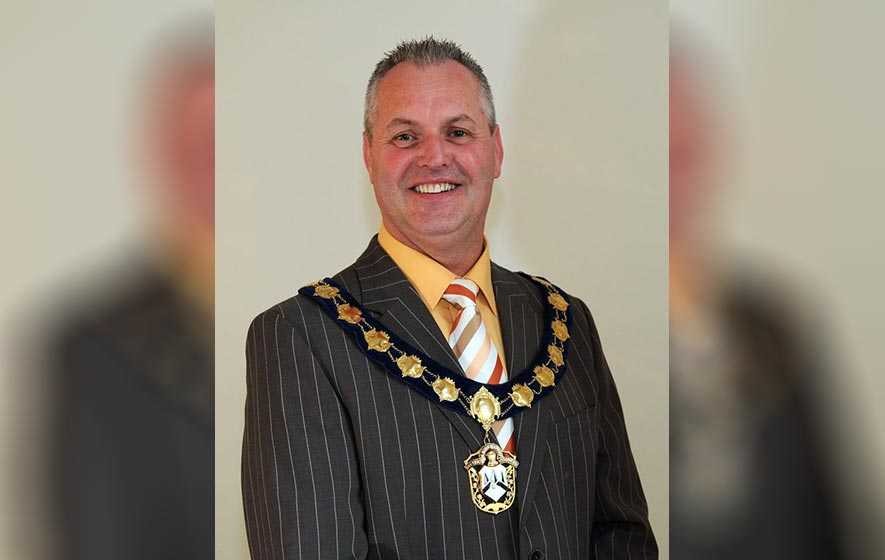 Cllr McLean has held the role of Chair on two occasions.

LT: What is the biggest challenge you've faced?

PML: The make-up of council, for unionism, is difficult, because Sinn Féin, the SDLP and the independent republicans form the largest share.

The challenge is to make sure the unionists are properly represented in all of the decisions made on council.

Sinn Féin clearly stated they wanted to be inclusive, but what we find, personally, is that 5% of the decisions that are made, that is not taken into consideration.

LT: I asked this of Cllr McGurk in Causeway too, do you sometimes feel that debates can be pointless, because you're at the mercy of the maths?

PML: I don't agree that it's pointless, it's about how you approach things and how you tackle the debate.

It's about a tactful approach, rationale and a reasonable discussion. It's not about venting your anger, and we have had our fair share of that within local politics.

I still do it, I can't deny that – but the issue is to have a sensible debate. You put your points forward, and if people after that disagree, then you can agree to disagree. That's the way it is.

PML: The focus has always been people-orientated. We are elected servants of the people. If you don't serve, you'll not be re-elected.

When the amalgamation happened, I was a bit concerned about it getting too big, but that didn't seem to happen to the extent I feared. 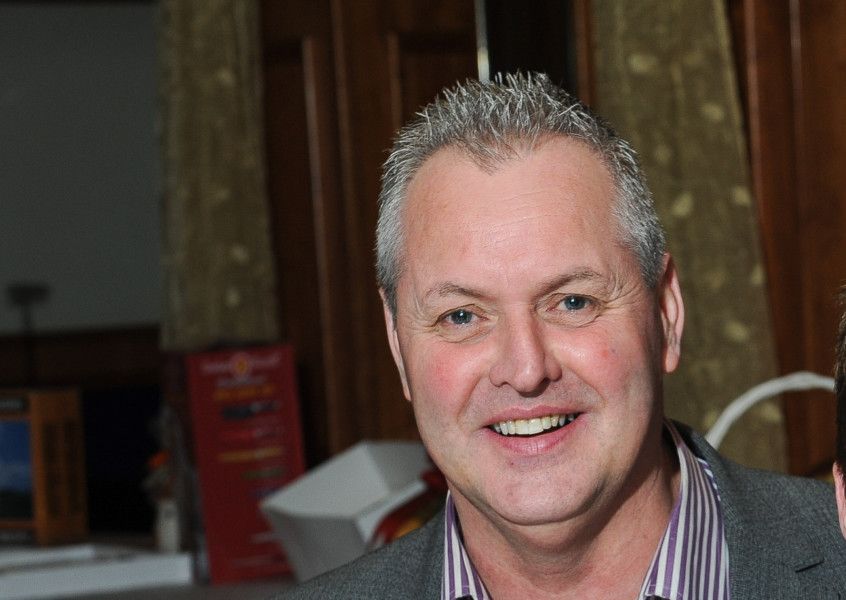 LT: In September, you seconded a motion from a fellow councillor to 'defund' the GAA. Given the huge GAA community within the area you represent, could you explain why you seconded that motion?

PML: It wasn't point-blank taking the funding away. The funding was to be removed until an investigation was carried out and findings delivered to council.

The reason was because there was a particular section of the GAA within the Mid Ulster district who inappropriately behaved.

Irrespective of whether it was GAA or anybody else, my position would not have been any different. If we are using rate-payers' money to support somebody who behaves inappropriately, I believe we have a duty of integrity to investigate.

LT: In October there was a discussion about bilingual street signs. You said signs containing Irish names were like 'what a dog does when it pees – marking out its territory'. You represent a DEA in which there are many Irish speakers. Do you regret that choice of language?

PML: No, because I was using it as an analogy. In the Magherafelt days, I joined the committee to discuss the Irish language, on the caveat that unionism would be listened to and considered in any policy going forward.

I have no problem with Irish-speaking people, and have plenty of good friends who are passionate about the language, but there is an element within council who have used the language as a political football.

When you go into a street anywhere in Mid Ulster, and there is no Irish on that sign. Ten chances to one, it has a unionist majority. If there is, ten chances to one it is nationalist.

What does that tell you? It divides the community. I have lived in Magherafelt all my life. I can walk up my street and speak to everybody and anybody. That's how it should be. 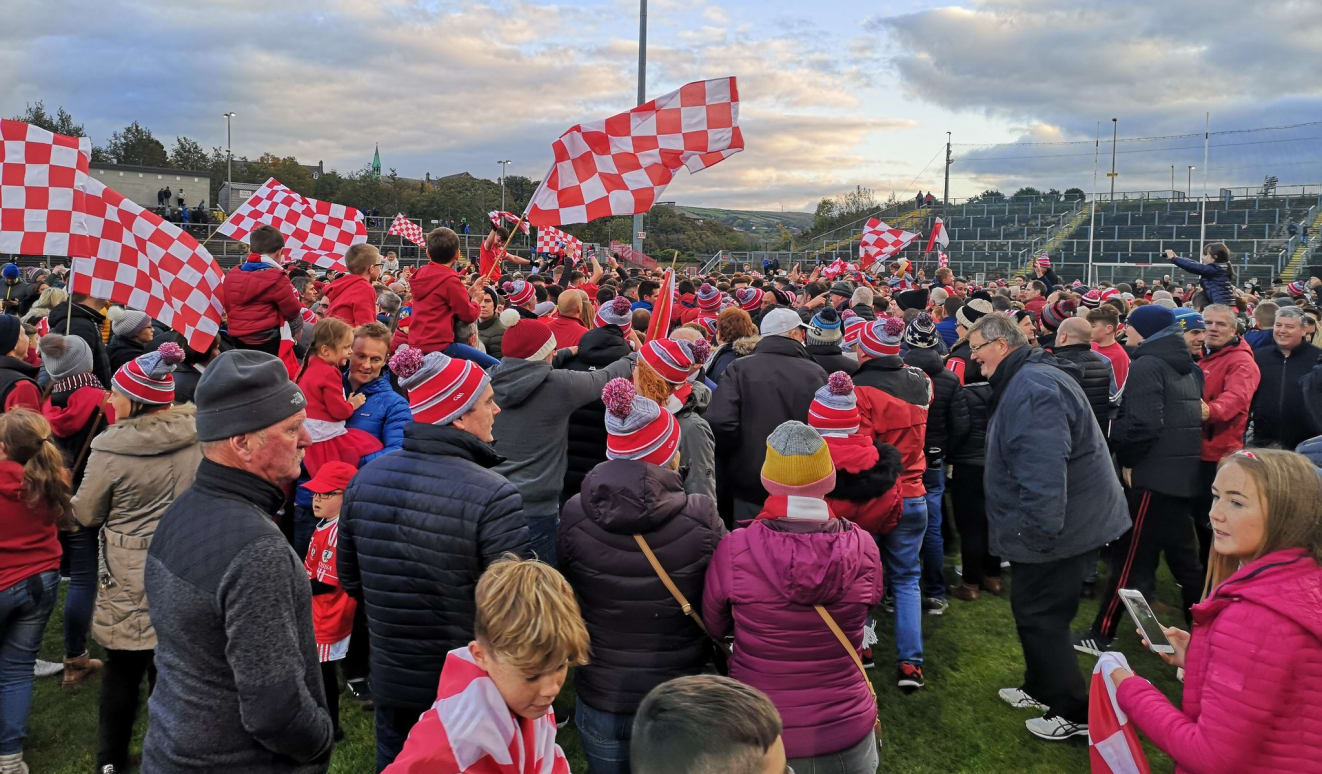 The DUP councillor said he had 'no issue' with O'Donovan Rossa erecting club colours to celebrate their championship success in 2019.

LT: You talk about marking territory. Is that a similar analogy to erecting flags?

PML: Yes, very much so. I don't believe we should have that scenario. A flag hanging on a flagpole until it is rags is a misrepresentation of what it stands for.

Any time there is a band parade, within a particular town, they should put it up a few nights before, and after it's over, take it down. A flag should not be left until it's in tatters.

LT: Would you agree then that the likes of Magherafelt GAA club were perfectly entitled to fly their flag in the days before and after their championship victory?

PML: I don't have an issue with that.

LT: Let's finish on a positive. The council term lasts until 2023. Is there any issue you are passionate about that you'd like to see achieved in that time?

PML: We have a number of fairly sizeable capital projects on the agenda going forward. However, you don't need me to remind you of what Covid has done to our community and to our businesses.

We in Mid Ulster have 9,000 VAT-registered businesses; the largest amount outside Belfast. The main priority is to establish and continue that and support our businesses through the next term.

The capital projects will help to sustain and continue that work.