Project being implemented across the local area 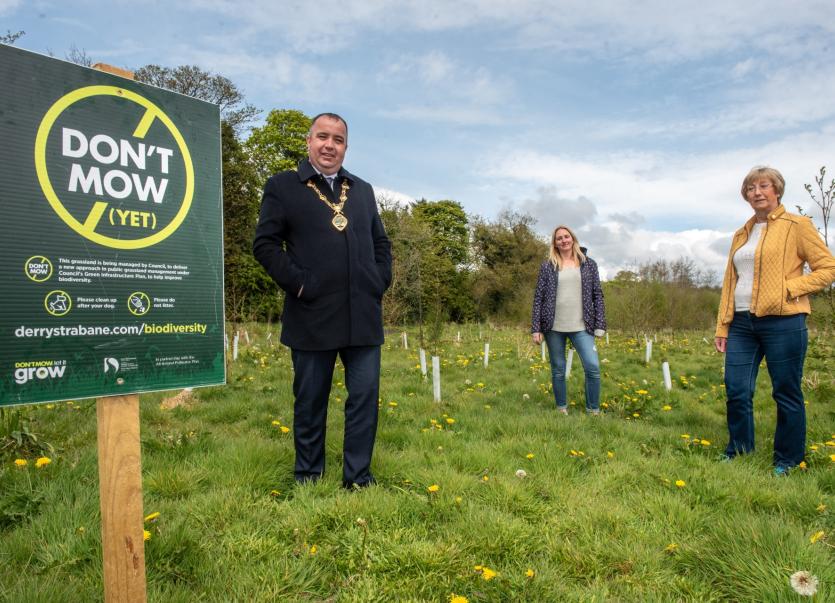 Grass in many public areas of Derry will be cut less frequently this summer.

It's all part of a project being managed by Derry City and Strabane District Council to nurture and increase the local bee population.

The Don't Mow, Let it Grow initiative will see reduced grass cutting in some areas of local parks and cemeteries over the summer months while free wildflower seed packets will be distributed to the public to encourage them to do the same in their homes.

The aim of the campaign is to increase places for pollinators like bees and butterflies to live and feed off.

The Pollinator Plan forms part of Council's pioneering Green Infrastructure Plan and Biodiversity Officer, Christine Doherty, said it could play a key role in fighting the extinction of many species of bees on the island of Ireland.

"One third of the bee population on our island are at risk of extinction due to starvation and reduced habitat space," she explained.

"If we let the bee population continue to decline, it will have a major impact on our food supplies, choices and prices.

"Wildflowers provide a great source of food for bees enabling them to thrive.

"That is why we have taken action to change how we manage grass cutting across 30 hectares of our Council estate, 23 cemeteries and 11 of our large green spaces.

"The grass will be growing throughout the summer to allow the wildflowers to grow, flower and set their seeds for next year so we can have sustainable wildflower meadows and a source of food for these pollinators year on year.

"The grass will then be cut and lifted in August and again in April, enabling our wildflowers to flourish again next year.

"You can also play your part by creating a small patch of wildflowers at home (roughly 1metre sq) and leaving the grass to grow a bit longer.

"By encouraging your neighbours to do it too you could potentially create wildlife corridors to bring back the bees and butterflies."