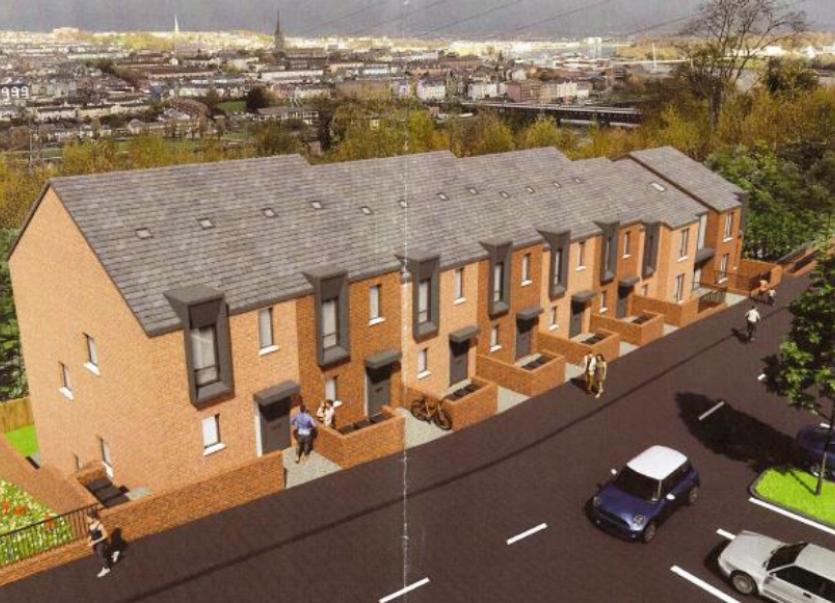 Planning officers have recommended refusing planning permission for new properties in the Waterside area of Derry.

Social housing organisation, Clanmil Developments Limited, had applied to build a total of 12 properties at a site between 162-166 Foxhill.

The properties were to be six two-bedroom houses and six apartments.

However, a large number local residents lodged objections to the plans.

Planning officers with Derry City and Strabane District Council have completed a report into the application.

The report recommends that the planning application be refused for a number of reasons.

However, the final decision on the planning applications rests with councillors on the council's Planning Committee.

The application for the Foxhill properties will be discussed at a meeting next week of the Planning Committee.

In the planning report, a council officer says that an original application for the proposed development on the site was recommended for refusal in November 2019 and an opportunity afforded the developer to amend the scheme.

The officer said that amendments to the scheme were submitted and considered by officers and commented on by residents of Foxhill, Victoria Gate and Victoria Park.

“The number of dwellings and the layout proposed results in over development of the site and this is manifested in inadequate rear amenity space, significant and visually unacceptable retaining structures, poor open space provision which is not easily accessible, is not attractive, not well supervised and on the whole results in a proposed development which does not create a quality residential environment and which is detrimental to the overall character of the wider area.

“In addition, it has an overbearing impact on properties in Victoria Gate again because of the scale, massing and number of dwelling units proposed.

“It is evident that due to topography this site presents a number of challenges and that despite several revisions to the scheme, that the number of residential units proposed by the applicant cannot be accommodated without impacting detrimentally on the quality of the residential environment.

“Officers consider the site is constrained and the proposed development does not respond well to restrictions on the site,” the report states.