Warning, however, there is 'significant risk and uncertainty' over the council's finances 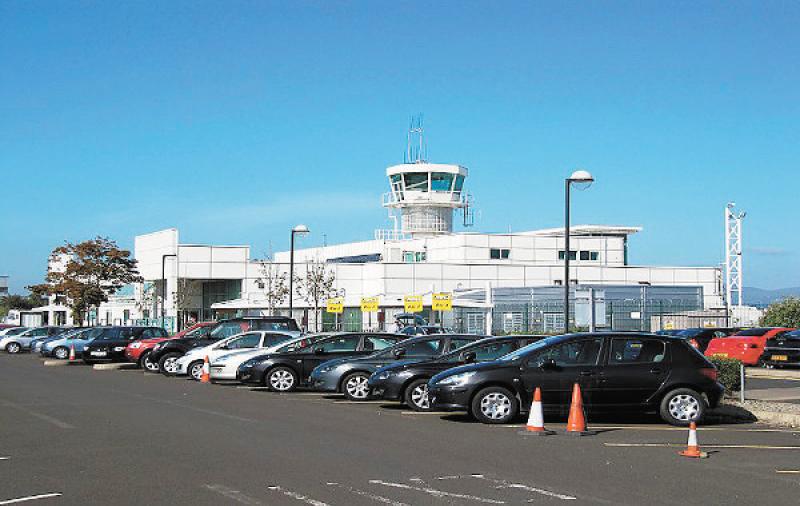 The government has provided £2.1 to cover the losses at City of Derry Airport.

The financial losses suffered by Derry's council to date as a result of the Covid crisis have been 'completely mitigated' by central government, it was revealed this week.

One local councillor described the news as a 'Christmas present' for Derry City and Strabane District Council.

Details of the financial support secured were outlined during a meeting of the council's Governance and Strategic Planning committee on Tuesday.

At the meeting, Alfie Dallas, the council's Lead Finance Officer, presented a report on the situation faced by the council in the first half of this financial year from April 1 to September 30.

Mr Dallas said the council's planned budget for 2020/21 was £75m, with 80% of that money coming from rates collected.

However, Mr Dallas said the council's finances had been 'very significantly impacted' by the Covid crisis.

He said that the council had lost approximately £3.3m during the first half of the financial year.

Mr Dallas said the council had also faced huge unplanned costs as a result of having to respond to the pandemic.

These included health and safety costs, costs associated with new working arrangements, communications and IT costs to enable home-working.

However, Mr Dallas said that 'thankfully' the council's losses had been 'completely mitigated' by the financial support received from a number of government departments.

He said the council had recouped £1.143m of its losses from the Job Retention Scheme/Furlough.

He said the Department of Finance had provided support of £1.291m as part of a package for all 11 councils in Northern Ireland, while the Department of Agriculture, Environment and Rural Affairs had allocated £342,000 to the council for waste management losses.

Mr Dallas said the government had also provided £2.1m to cover the losses at City of Derry Airport which means that this financial burden will not fall on the council.

"Government support has therefore been critical in ensuring Council finances have remained stable and has enabled significant decisions around services to be avoided," said Mr Dallas.

However, he added that there remained 'significant risk and uncertainty' over the council's finances because of its reliance on rates income for its annual budget.

Speaking at Tuesday's meeting, Sinn Fein councillor Mickey Cooper said that back in March/April of this year, the situation had been 'scary' in relation to the financial situation facing the council.

Given the government support, he welcomed that the council could continue to look at major infrastructure projects that had been planned pre-Covid.

DUP Alderman Hilary McClintock said given the 'doom and gloom' earlier in the year, the news that the council's losses had been completely mitigated was like a 'Christmas present'.

"This is an absolutely fantastic outcome," she said.

SDLP councillor Martin Reilly paid tribute to the council officers for their efforts in recent months.

"It is such a good position to be in in comparison to where we thought we would be six months ago," said Cllr Reilly.