Several attempts to refloat the vessel have failed 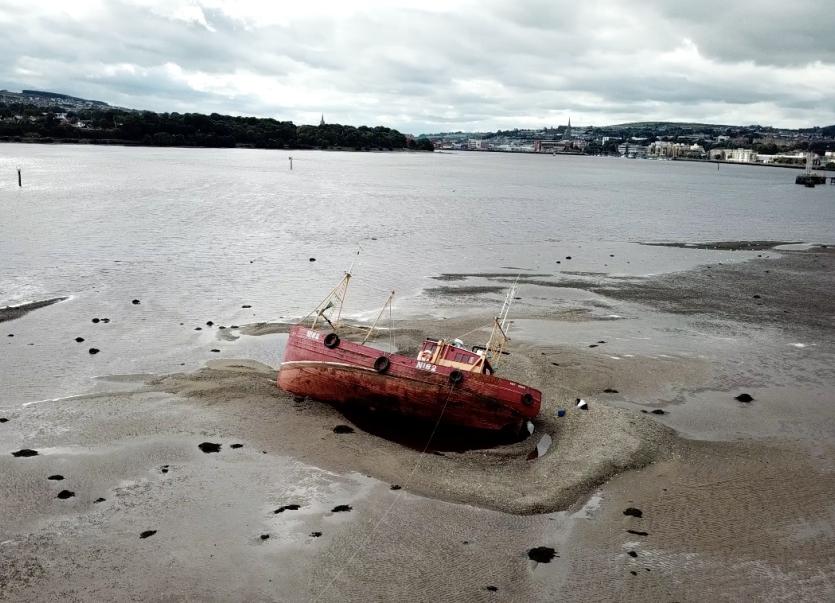 The now-famous stranded boat on the River Foyle could be stuck there for the foreseeable future, it has emerged.

The boat has remained wedged on mud flats in the local river close to Bay Road park since August 22.

Over eight weeks later, it has become somewhat of a visitor attraction and captured the imagination of the city, with people regularly checking to see if it has finally taken to the seas again.

Back in August, the Derry News discovered that the boat, named Day Dawn N1 82, had been purchased for £1 from a fisherman who didn’t want to see it decommissioned, according to the Assistant Harbour Master at Portrush.

It also came to light that the new owner was considering converting it into an Air B ’n’ B.

The saying goes, ‘a high tide lifts all boats’, but it appears Day Dawn is not for moving. 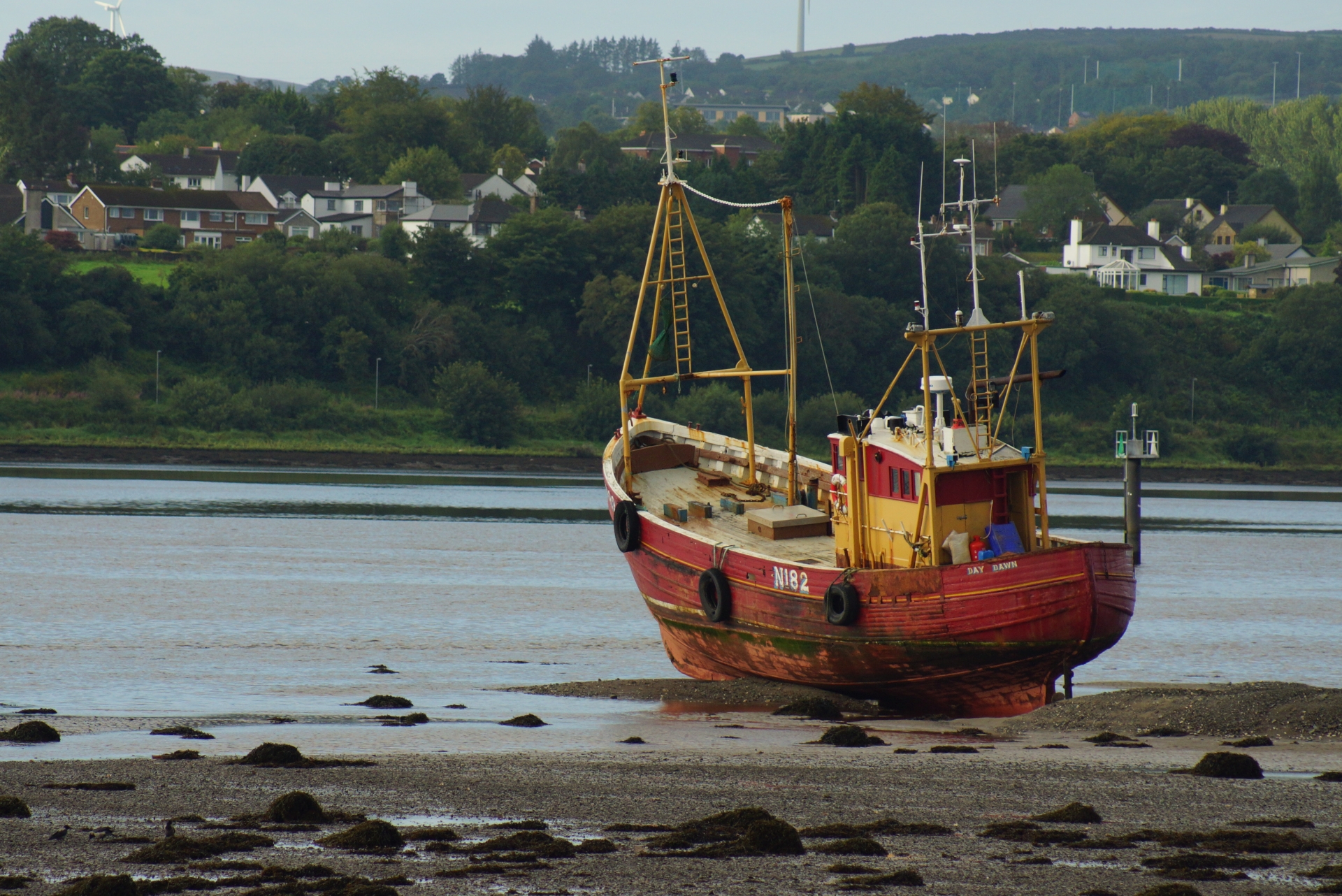 Pat Carlin of Foyle Search & Rescue had initially predicted that the vessel would set float again in mid-September with rainfall accounting for a higher tide.

Now, in his view, the boat is in such a ‘bad position’ that it will require a larger vessel to dislodge it from the mudflats or floods which nobody wants to see because of the associated risks.

Mr Carlin explained that the highest tide in the Foyle this year was about three metres and it never rises much above that.

That still wasn’t enough as the vessel is stuck solid on a bank which is visible when the tide is out.

“We, unfortunately, don’t have the facilities even at high tide to pull her out.

“You can see that she’s a trawler, and with the size our own boats, we don’t have any facilities to bring her out.

“It’s a very bad position they’re in, it’s in the shallows, the water is not deep enough to float a vessel of that size.

“The high tide is not lifting her there, she’s stuck.

“You’re going to need a bigger boat to pull her out, I’m sure it’s possible if the harbour were involved or someone else.”

As there is no immediate danger to maritime traffic ,it’s not a matter for rescue services.

Mr Carlin added: “It doesn’t come under the remit of RNLI, the Coastguard or ourselves because it’s not an emergency.

“We’ve done everything we can since the initial call-out to make sure they were safe and observed all the time and we do our checks every time we’re up and down the river to see if anyone is onboard.

“I’m sure from a private perspective if they wanted to employ somebody they might be able to move it but I’m not 100% sure.”

If released from the mudflats other dangers come into play, he said, as she may be holed underneath or damaged which could mean there’s a possibility of sinking.

Mr Carlin added: “If she did in the wrong place you’d have a bigger problem then.

“It’s up to the captain and those onboard to decide what they want to do now.

“We’ve had the maximum tide of the year so far, a 2.9 metres tide but she’s just not floating in full tide.

“Unless they get a massive flood and a very high tide she looks like she’s stuck there.

“And even if the tide is that high and you go to pull her off, she’s obviously still stuck there somewhere because she’s not moving.”

He continued: “I think it has a 2.4 metre trawl which is the depth from the waterline down to the bottom of the boat.

“You need a maximum of that to refloat her and if you’ve only got a 3m tide and she’s stuck on a bank then there’s not much manoeuvre for her to refloat.

“It’s not looking good for it at the moment being there so long.”

A spokesperson for Foyle Port said they are in regular contact with the owner of the boat.

“He informs us that he is working on moving the boat when the conditions allow him to do so,” the spokesperson said.

“The boat is not derelict nor is it a shipping, navigation or environmental risk and is anchored safely, so the responsibility is on the owner to move the boat when he can.”