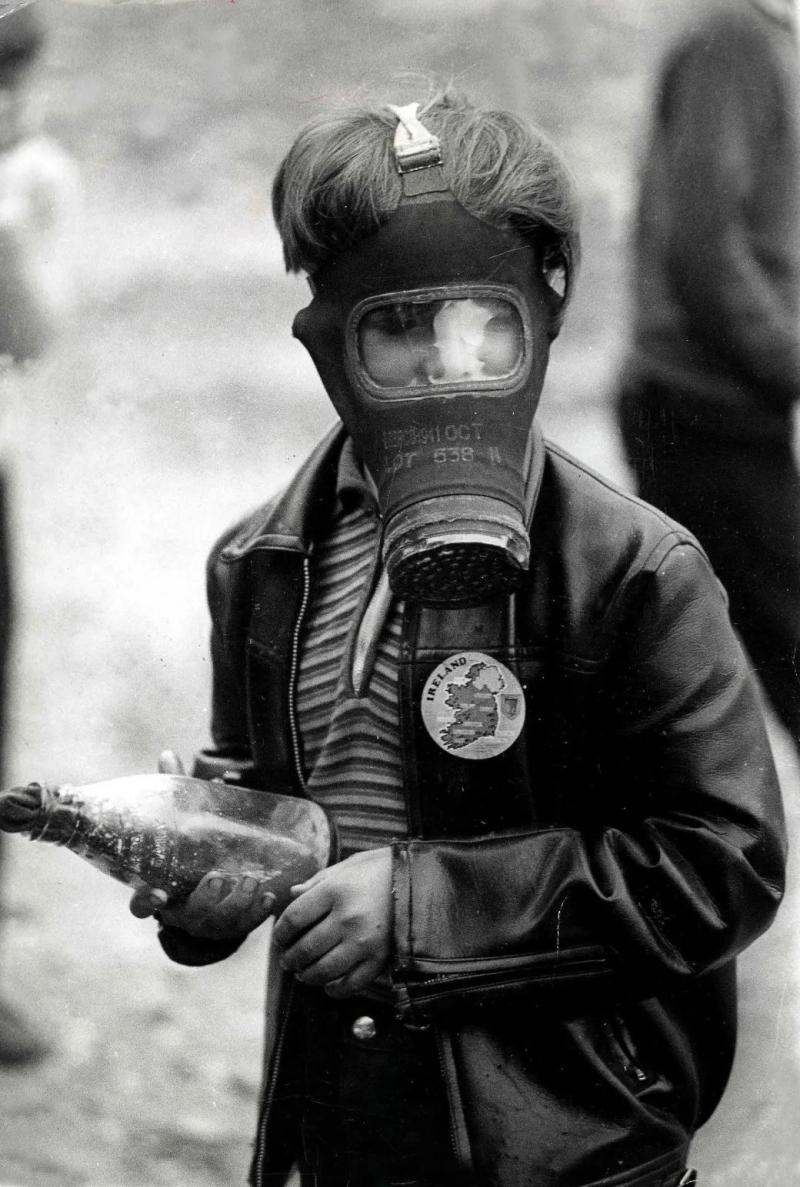 Paddy Coyle captured in the photograph by Clive Limpkins.

The Derry man who featured as a young rioter in one of the best known photographs of the Troubles has died.

Paddy Coyle was 13 years-old when photographer Clive Limpkins captured him holding a petrol bomb during the Battle of the Bogside in 1969.

The photograph was later adapted by the Bogside Artists who painted a mural of the photograph.

The mural became one of the most popular Troubles-related artworks.

One of the Bogside Artists, Tom Kelly, yesterday paid tribute to Mr Coyle, who was his cousin.

He said: “Paddy never ever exploited his iconic image. He refused many offers from TV documentary makers and newspapers to tell his story behind the image as he didn't like talking about it. Paddy was committed to peace and reconciliation his whole life even during the years of the conflict and wrote poems on that topic.”