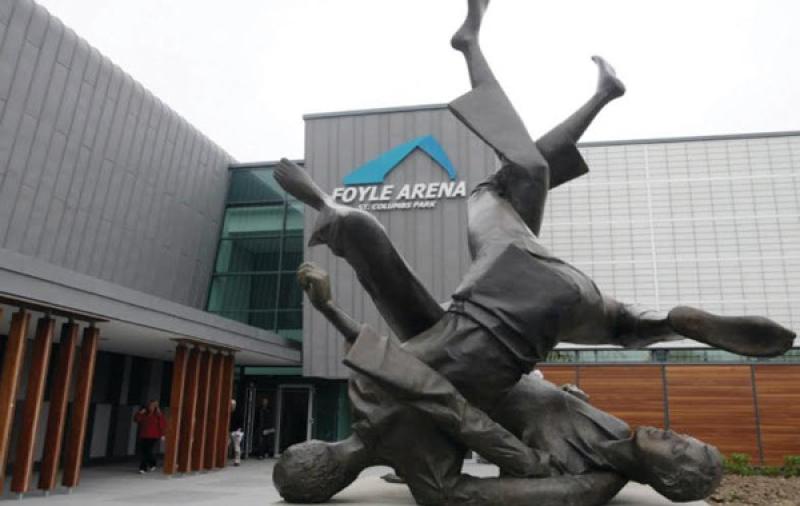 The closure of leisure centres such as Foyle Arena has affected the council's finances.

Derry City and Strabane District Council is facing a 'very scary' financial future due to the impact of the coronavirus pandemic, a meeting has been told.

The meeting yesterday of the council's Governance and Strategic Planning Committee heard that the local authority is facing an estimated loss of £10.7m for the 2020/21 financial year because of the pandemic.

This loss is a result of issues such as the closures of leisures facilities and museums, as well as money usually generated by the council's planning and building control departments.

It was agreed at yesterday's meeting that the council should ask the government for more financial support.

The council's Lead Finance Officer, Alfie Dallas, presented a report to the meeting outlining the full extent of the financial problems facing the council.

Mr Dallas said that the council's annual expenditure was £75m.

He said that rates received from both business and domestic properties funded 80% of this expenditure.

“This is obviously a very concerning and challenging position and one which, in the absence of significant Government intervention, could have a significant impact on Council services both during 20/21 and into subsequent financial years, with significant challenges for the upcoming 21/22 rates process,” said Mr Dallas.

“In line with the Local Government Finance Act, it is clear that as a result of COVID 19 and without significant Government support, that reserves would be inadequate to fund Council services for the 20/21 financial year and place Council in an insolvent position.”

Mr Dallas outlined a number of steps the council had taken in a bid to mitigate the losses.

This included securing an anticipated £2m from a fund set up by the government to help local governments through the coronavirus crisis.

The council is also expected to save £1.25m as a result of being able to temporarily lay off around 250 employees through the government's furlough scheme.

Another £1.05m has been secured to cover the costs of the council-owned City of Derry Airport until the end of this month.

However, he added that this would still leave the council with a remaining estimated deficit of £2.762m for this financial year.

Councillors at the meeting spoke about their concern that the current situation would have on the striking of rates in future years.

He praised the council's financial management in recent years which had allowed it to build reserves which were helping the local authority through the current difficult period.

Independent councillor Paul Gallagher described the situation as 'very scary' and said he was 'really concerned' at the rates outcome facing the council.

He highlighted that many local businesses who pay rates to the council are not open and many of them will not have any income for a long period.

Cllr Gallagher said any expected 'crash' in terms of the rates income able to be generated by the council would have a serious impact on its operations.

He proposed that the council write to the British Treasury asking it to subsidise the council's 'rates base' for the next two years.

He said this would allow businesses to build up their income to pre-coronavirus levels.

DUP councillor Hilary McClintock said it was important to engage with government to look at ways of minimising the impact on local ratepayers.

SDLP councillor Martin Reilly said it was likely that the full impact of the coronavirus on the council's finances would be seen in future years.

Councillors agreed at the meeting to support Councillor Gallagher's proposal that the Treasury be asked to provide more financial support for the council.