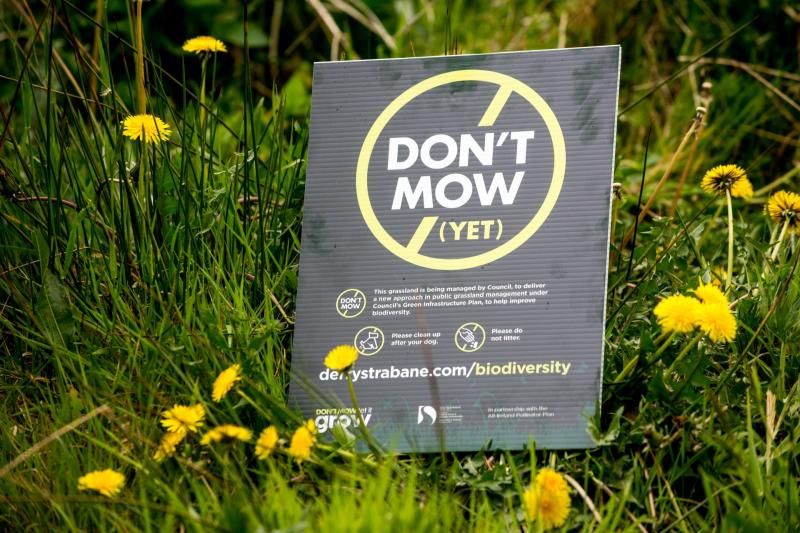 Derry City and Strabane District Council is aiming to boost the local bee population through a new grass management system.

The strategy aims to create grasslands rich in wild flowers to create a more favourable habitat for bees in the summer months.

The Pollinator Plan forms part of Council's pioneering Green Infrastructure Plan and Biodiversity Officer, Christine Doherty, said it could play a key role in fighting the extinction of many species of bees on the island of Ireland.

"A third of the bee population in Ireland is potentially at risk of extinction and that poses a huge problem for us as we rely on bees to pollinate the majority of our crops and wildflowers," she noted.

"With a reduction in the bee population we'll have less variety of foods and costs will increase.

"This trial in grass management will initially be piloted at ten of our key parks meaning that we won't be cutting grass as frequently and we will use a special type of machinery that cuts and lifts the grass in late August or early September.

"This action will create grasslands rich in native wild flowers thereby increasing the amount of food available for bees and providing them with shelter hopefully leading to an increase in the bee population which is good for our economy and our environment.

"The change will also prevent 1.6 tonnes of carbon dioxide emissions from the reduction in grass cutting which is a positive step in mitigating against the impacts of climate change."

"Don't Mow, Let it Grow is also linked to the All-Ireland Pollinator Plan which encourages all of us to play our part in bringing back the bees."