Whale and porpoise stranded on the same Donegal beach 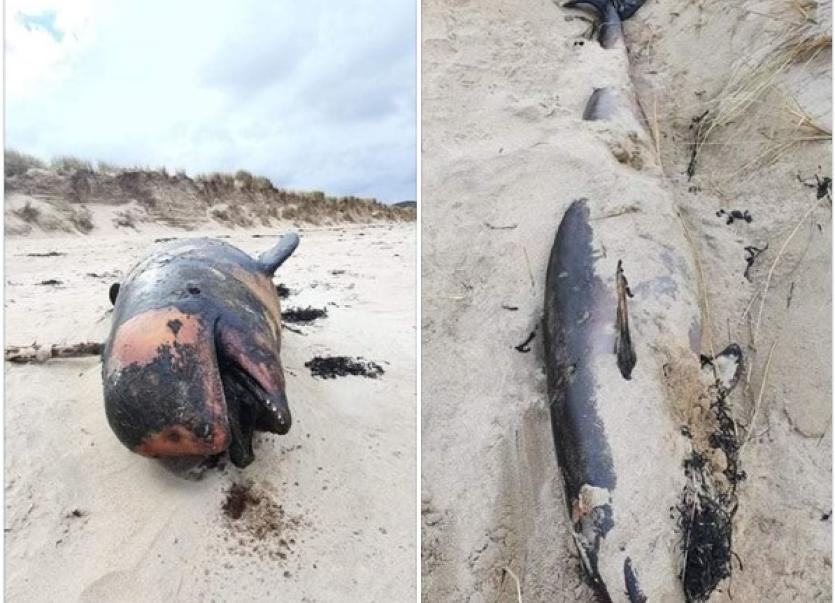 The remains of a male long fin pilot whale and a female harbour porpoise have been found on the same beach in Donegal.

Both animals stranded on a beach at Killahoey, Dunfanaghy.

The whale was a juvenile measuring 2.94. A fully grown long fin pilot whale would be between 5.7m to 6.7m in length.

The porpoise was 1.8m long, indicating that she was fully grown.

Causes of death in both cases are unknown.

The Donegal branch of the Irish Whale and Dolphin group thanked Sarah Sayers for reporting the find.

On a more positive note, a group of around 10 bottlenose dolphins were spotted off the coast of Donegal, in the St John’s Point area. It is estimated that there were around six adults and a number of calves and juveniles. The dolphins were observed from the shore.

People are asked to report sightings and strandings to the Irish Whale and Dolphin Group at www.iwdg.ie