Projects to be funded by City Deal 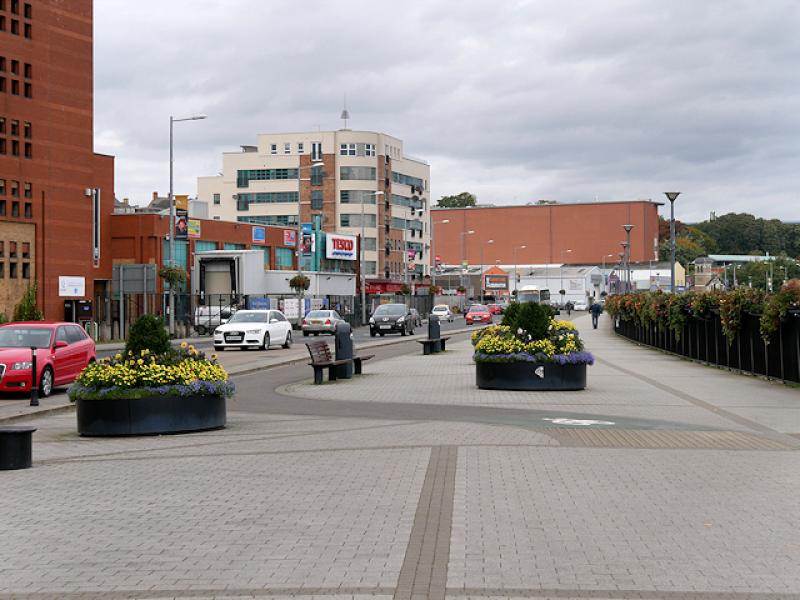 Major regeneration projects along the city’s riverfront and Foyle Street will be funded as part of Derry’s City Deal.

With additional funds leveraged from City Deal partners such as Ulster University and the private sector, it is anticipated that figure will rise to around £300m.

Details of specific projects have been sparse, but it is known that Ulster University will receive at least £85m for centres in personalised medicine, data analytics, robotics and automation and a graduate entry medical school.

Now, a spokesperson for Derry City and Strabane District Council has revealed that a riverfront and Foyle Street regeneration project will receive approximately £40m-£45m of the money.

It is at a very early stage of concept design and as such, a budget for it can only be estimated.

A council spokesperson said: “This project envisages the complete reconstruction of Queen’s Quay, the remodelling of Harbour Square and major environmental improvement works to Foyle Street and Foyle Embankment.”

Other key projects fall under tourism, the combined funding earmarked for these plans at this stage is £20m-£25m.

Although some of the tourism projects - such as the DNA Maritime experience in Ebrington - are much further advanced, other complementary tourism projects are again currently at concept stage only.

The council spokesperson added: “With regard to the riverfront and tourism projects, confirmation of the match funding for the Inclusive Future Fund has enabled us to progress with Strategic Outline Business Cases for the tourism and riverfront regeneration projects.

“Council will continue over the coming weeks and months to progress with project planning and developing these business cases and engage with government and all stakeholders to understand the scale of resources and how we put them in place to facilitate the next stage of this exciting piece of work.”

In addition to the riverfront and Foyle Street regeneration proposals, a council spokesperson also highlighted the siting of the medical school and future planned university expansion along the Quay.

Costs for all projects will vary and be adjusted as business cases are developed and designs subsequently advanced and progressed.

The council spokesperson added: “Again, as previously stated all of these plans are currently at concept stage only and are subject to business case development, affordability and approvals.

“This very significant and ambitious combined suite of integrated projects, together with the development of the centres of innovation in data analytics, robotics and automation and personalised medicine will transform the riverfront/city centre, will act as a catalyst for further development and regeneration and will be a major investment in the health and well-being of our citizens.”

Plans have been put forward to construct a new footbridge as part of a proposal to extend the popular walk and cycle path.

Derry City and Strabane District Council has applied for planning permission to build the footbridge across an inlet close to the Fort George site.

This would allow the quayside walkway to be extended into the Bay Road area.

There are also plans to create a new three-metre wide cycle/walking path along Bay Road to link in to the Bay Road Park.

Derry's quay has been revitalised in recent years and the latest proposals looks set to continue the regeneration of the riverside area.

The plans for the new footbridge and walkway are now being considered by the local council's planning department.