Amy and Alex go bald for Foyle Down Syndrome Trust 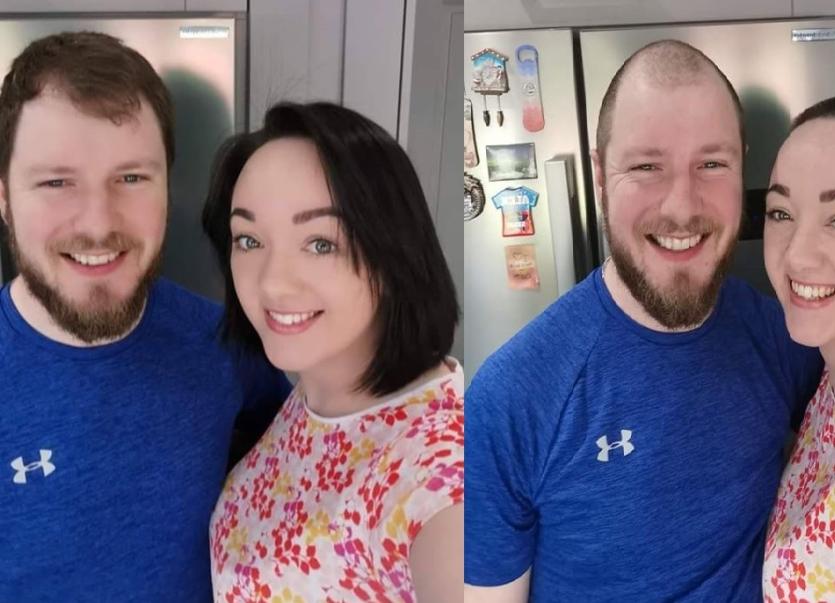 Amy and Alex, before and after their head shave fundraiser.

Amy Denby's two-year-old son Oscar is a member of Foyle Down Syndrome Trust (FDST), a local charity which encourages and enables children and young adults with Down Syndrome to live full, independent and productive lives.

FDST is celebrating its 25th anniversary this year and had organised a string of high profile fundraising events planned including a black tie ball and a golf tournament, but these had to be cancelled after lockdown.

Worried that the charity's usual streams of income might be drying up, Amy decided to take matters into her own hands with a sponsored headshave, or 'fund razor' as she has called it.

"I was chatting to Oscar's dad Alex one night and we started wondering 'how will Foyle Down Syndrome Trust do their fundraising now?'

"It's such a brilliant charity and we are still getting our three classes a week for Oscar but they have just changed to online.

"FDST is a second family to us and it's nice to be able to give a little back.

"It was all over Facebook that people were shaving their heads during lockdown so I started thinking 'I wonder could I shave my head?'"

Amy roped Alex into her plan and the couple set themselves a fundraising target of £500.

The brave mum of two was very relaxed at the prospect of losing her long locks.

"Sure it's only hair and i'm not going out anywhere anyway," she laughed.

Amy and Alex were a  bit worried how their children Aurora (4) and Oscar (2) would react to their new look, so they let them watch the head shave.

"I didn't want them to go for a sleep and wake up to us having no hair," she explained.

"But Oscar was very chilled about it and Aurora was just laughing.

"I'm getting  used to it myself now. It's a bit breezy when I'm outside but I'm not using much shampoo!"

After the couple posted their video on the charity's website the trend took off and lots of other people have followed their lead to shave their head for the Trust.

So far the initiative has raised almost £3,000 in much needed funds.

"We set a target of £500 because we were aware that a lot of people aren't getting full pay at the moment and will be keeping a close eye on their money so to raise this much has been amazing," said Amy.

Connor McGilloway, health and wellbeing officer at FDST, said the charity has been overwhelmed at the response to Amy's initiative.

"Derry people never fail to support us," he said.

"We are totally reliant on goodwill and donations.

"A lot of people volunteer their time too to support staff to deliver programmes.

"Without the massive support from parents we could never deliver the service we do.

"Parents have such personal stories too and have been through a range of experiences which they are willing to share with new parents.

"Some parents are told terrible things when their child  like their child will never talk, never ride a bike or take part in normal things, so it's really really important that there's accurate information out there and that it's done in a positive way."

The charity delivers a range of services from education to music therapy, health and well-being groups and outdoor learning.

Within days of lockdown the charity had successfully moved all its classes online through a variety of internet tools.

"We've tried a few different platforms and there has been a bit of trial and error but we are still engaging and providing the same service as we would have," said Connor.

"Our members can still develop their skills and we can still have fun and support each other."