County Derry couple get married in the nick of time

Rosemarie and Sean had just hours to spare before the ban on weddings came into force. 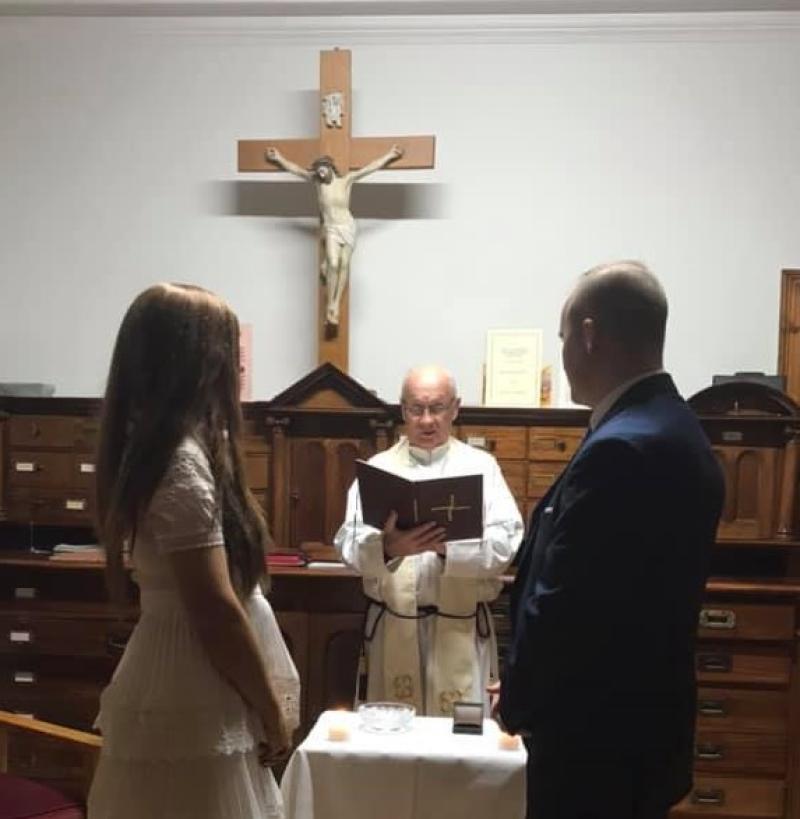 Rosemarie and Sean were married at St Columba's, Long Tower.

A County Derry couple whose original wedding date was cancelled due to the spread of coronavirus have managed to get married against the odds.

Rosemarie and Sean Lynn from Dungiven tied the knot in a simple ceremony at St Columba’s Church, Long Tower after their original date fell victim to Covid-19.

The couple were married last Tuesday evening at 8:30pm, just hours before government regulations banned weddings were due to be introduced.

Rosemarie told the County Derry Post they were determined to go ahead with the ceremony.

She said: “We got engaged in November and decided we’d get married on the 20th of April this year.

“A few weeks ago, our venue rang and said with coronavirus, they weren’t going to be open.

“It was important for us to get married and have family and friends back at the house, so we brought it forward to Saturday the 28th of March.” 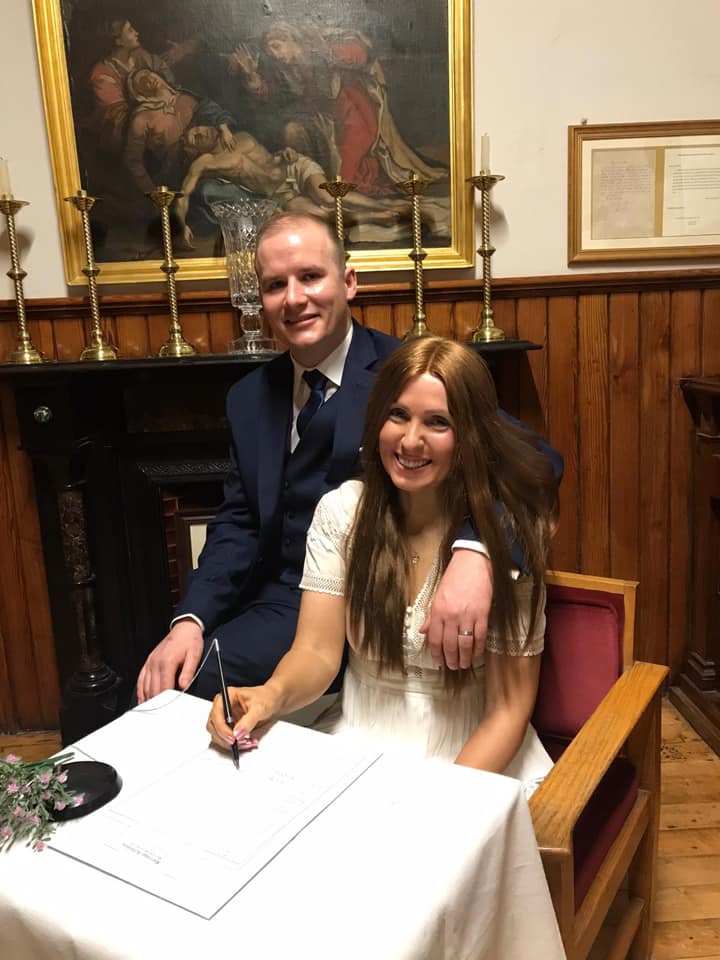 Boris Johnson and the British government had other ideas, however, and Monday’s announcement that weddings were banned left the couple ‘numb’.

Things changed when Sean and Rosemarie rang their driver to inform him of the developments.

“Brian, our limousine driver and he said: ‘Why don’t you ring the council and see what they can do?’

“So I rang and said we had the papers, we were getting married in the church and the priest was willing to marry us, but we needed the go-ahead from the council. She said to leave it with her.

“I was praying to St Anthony when the lady from the council rang back and said we had the go-ahead until 12 o’clock that night to get married.”

The short time frame became even tighter as Rosemarie’s fiancé Sean finished a shift as an emergency medical technician with the Ambulance Service.

“I rang the duty control manager and was shocked when they gave the go-ahead for special circumstances.

“I had to come home, lift the wean, scrub up quickly and get into the chapel. Of course, she was 25 minutes late.”

Denied the luxury of time that most brides have to prepare for their wedding, Rosemarie was forced to improvise.

She said: “I got ready, did my own nails, my own make-up, put the fake tan on, did the whole thing myself.

“I had a wee dress I got last year that I just loved. It wasn’t even meant to be for a wedding, I just bought it because I liked it.

“It felt like I was in a film. I wasn’t nervous, I was excited, but it was almost an out-of-body experience.”

The couple’s faith was central to their decision-making, and both were delighted with the simple ceremony.

“The big day would have been great to have, but the sacrament between me, her and God was the main thing.”

“The ceremony was beautiful,” said Rosemarie.

“It was the two of us, the priest, two witnesses and Sean’s wee boy and we all had to stand six feet apart and sit six feet apart in the limousine because of the regulations.

Although the couple were able to celebrate with a few drinks at Sean’s house, the honeymoon is on hold as he helps battle the threat of Covid-19.

He said: “We have a few days to spend together and keep life simple. I’m going out to C19 every day, so I’m glad for a few hours of something positive.”

Rosemarie is hugely proud of her husband’s role.

She said: “He’ll be back out in a few days saving lives, that’s what he loves to do.

“He always was that kind of person who cares for people, and that’s what it’s all about now.”