Can Derry's new £27m train station change how we travel?

Is the £27m North West Transport hub in Derry enough to encourage us to ditch our cars in favour of public transport? 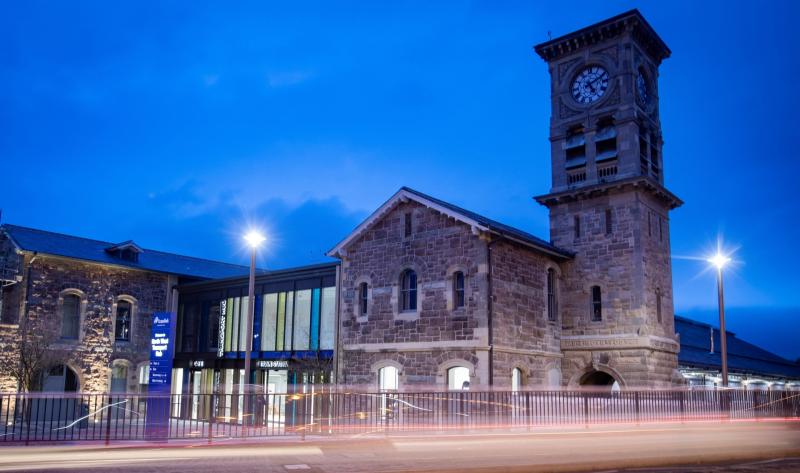 The £27m North West Transport hub in Derry has set out to change how we travel, but is it enough to encourage us to ditch our cars in favour of public transport?
The bright and spacious hub opened last October and marries the original 1873  Belfast and Northern Counties Railway railway station with a 21st Century transport facility, acting as a modern gateway to the city whilst retaining its 19th Century charm and appeal.
Work is still underway to complete the station,  which will include park and ride capacity and a bus turning circle when it is completed this summer.
The hub also provides a community event space where organisations can share their stories and present new ideas and has already played host to yoga classes and a Christmas memory tree.
I recently took the train journey from Derry to Belfast, described by Michael Palin as 'one of the most beautiful in the world', for the first time.
Arriving at the station I was bowled over by the bright and airy space that was bustling with commuters, students and day trippers.
After stopping in at the 'Ground' coffee shop I got chatting to the manager, David Flemming, who can't believe he gets to work in such a stunning space.
"We've been here since day dot and I was so impressed when I saw the inside," he said.
"A lot of people wanted to see the trains come inside the station, but when you see it now I think it was the right decision for them not to.
"The station still has some of the lovely old features like the clock tower which strikes every hour, so I think they have done a great job of bringing together the old and the new."
Translink has now invited performers and community groups to come forward and use the hub  for rehearsals, concerts, lessons and social events.
It is currently home to a social piano which was donated by the 'Live Life Lisa Orsi Foundation'.
Derry woman Lisa passed away in 2015 after suffering from extreme altitude sickness while on a volcano trek in Indonesia.
The charity was set up in her name to encourages young people to travel and learn about cultures and traditions from all over the world, just as Lisa did.
Train users have been making good use of the piano, which fills the hub with music.
"Sometimes I'm sitting in the cafe doing paper work and the whole place will fill with a beautiful sound," said David.
"It's just lovely.
"The Mayor's tea dance is coming soon too and that will be brilliant." 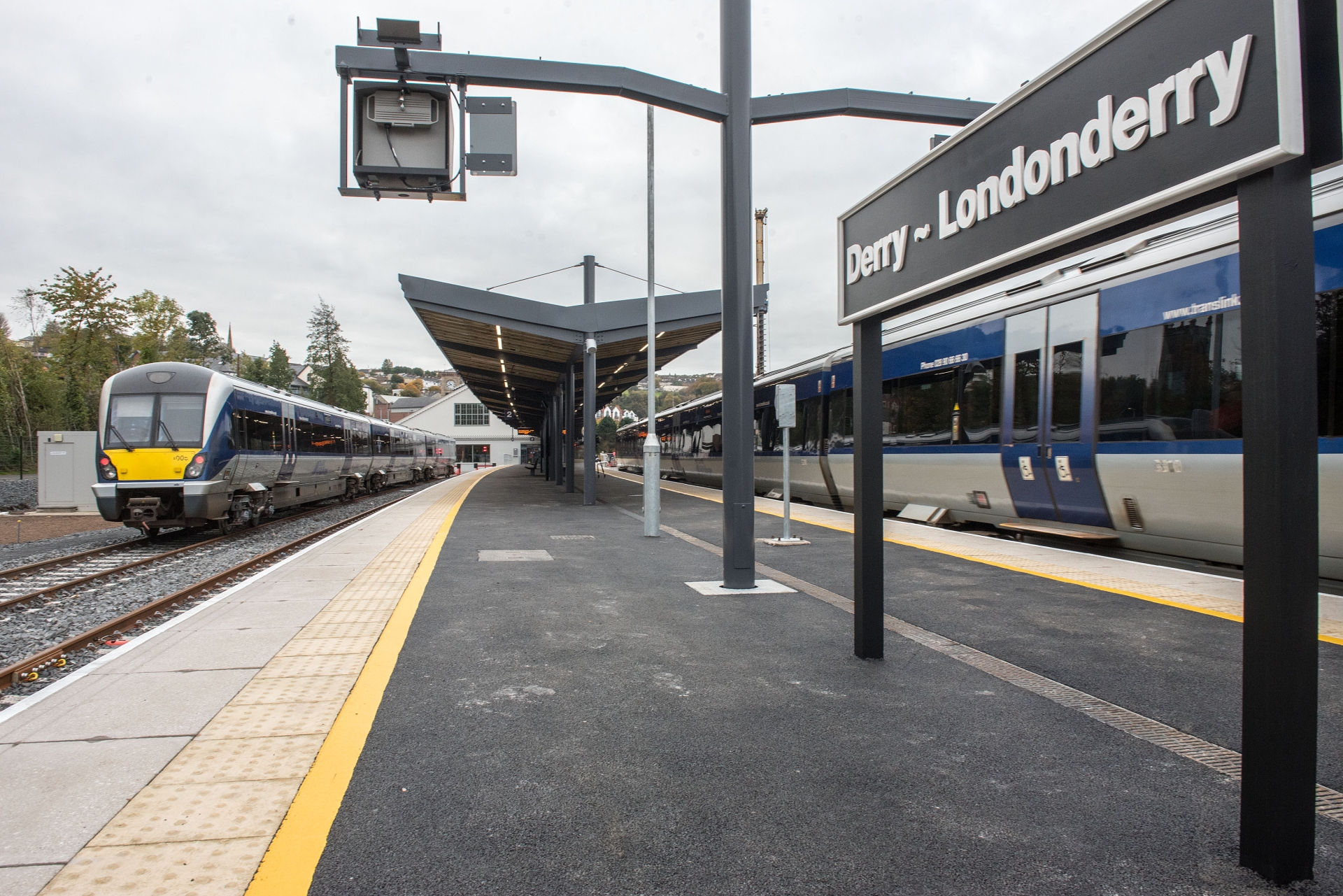 PICTURED: The service from Derry to Belfast now runs hourly but there have been calls for an express service.

So does David use the train or would it be a bus man's holiday?
"I still use the train," he smiled.
"I prefer it to the bus because you can sit down and make yourself comfortable.
"You can have a seat with a table and get your laptop out and use the WiFi and there's WiFi here in the cafe too
"You can sit and look out over the whole town and the view is amazing."
David has got to know the regular customers over the past few months, including an elderly man who comes all the way from Coleraine for a cup of coffee.
"There's a wee man who comes  up from Coleraine every week with his SmartPass.
"He sits in the corner and reads his paper and then he gets the train back home again."
On the train I met a granny from Castlerock who travels up twice a week to collect her grandchildren in Derry.
"The children love the train journey, especially at the minute with all the diggers to look at," she said.
"The new station is great because it's so warm and and comfortable.
"If I have to sit and wait there a while I don't mind at all."
Beside me is a Derry woman who now lives in Edinburgh with her husband three-year-old daughter.
"I get trains all the time in Scotland," she explained.
"They are so fast I can go to Glasgow in less than an hour.
"I think we all need to start protecting the world that our children will be inheriting.
"It would be great to see more people using the Derry to Belfast train because it's a more environmentally friendly way to travel.
"I only paid £13 for an off peak return today so it's affordable too."
As train journeys go it certainly is impressive,  and once featured in Michael Portillo's  'Great British Railway Journeys' TV programme.
The former Conservative Transport Minister said at the time: “I loved the scenery as we sped along the shore of Lough Foyle, sending flocks of seabirds into the air.
“The riverscape as the train arrives in the city is also stunning.”
You certainly have time to take it in as the train chugs along at a leisurely pace.
The train journey  from Derry to Belfast takes two hours and 12 minutes, around the same length of time as when the service started in the age of steam 160 years ago. 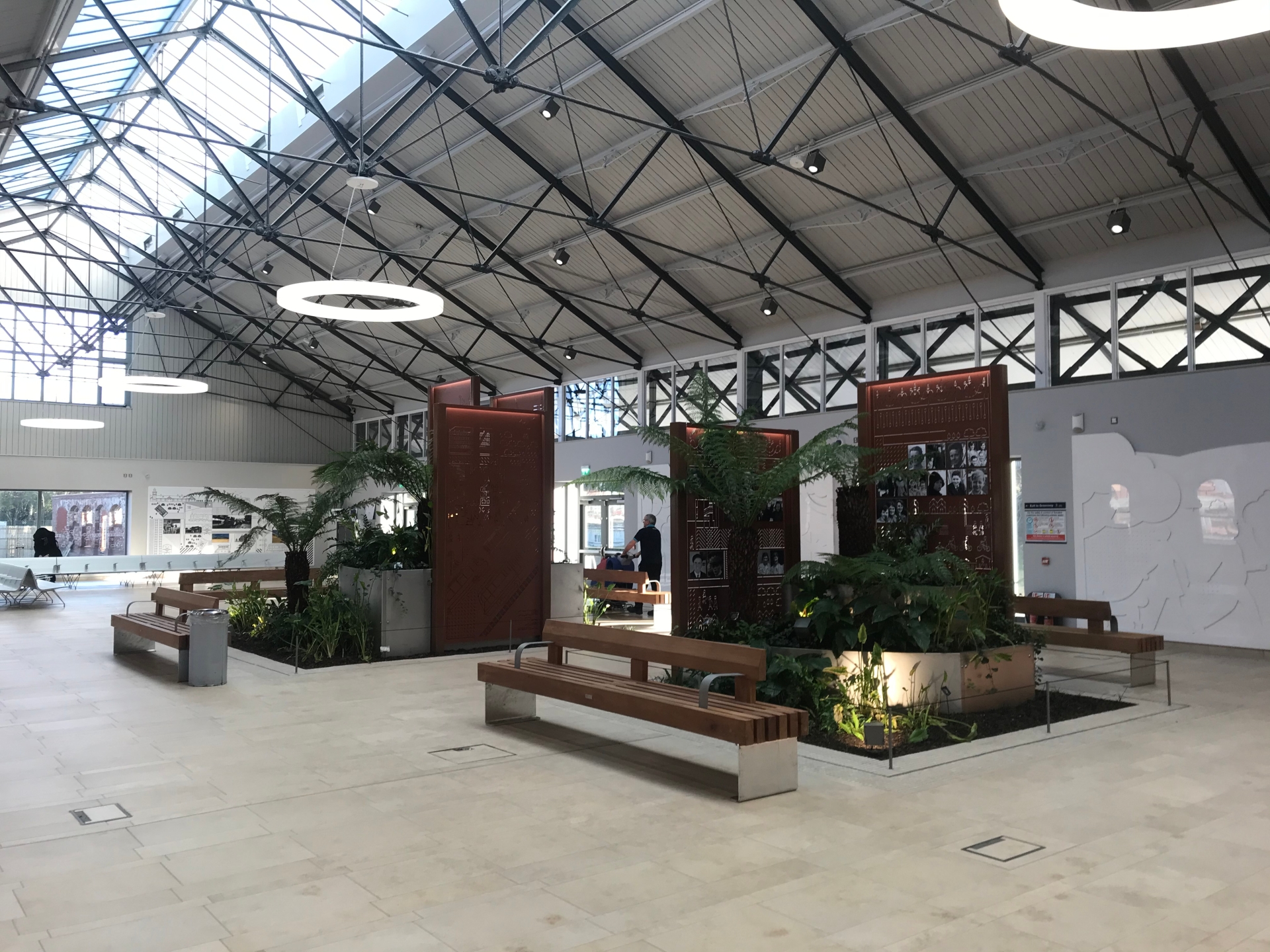 PICTURED: The interior of the new state-of-the-art transport building.

Once the train moves inland towards Coleraine the scenery gets less majestic until you enter the outskirts of Belfast city centre and pass Titanic Belfast and the twin shipbuilding cranes David and Goliath.
Getting off the train at Victoria Station (which is due a £208m upgrade) I was struck by how small and dated it seemed compared to the North West Transport Hub.
I stepped off the train a complete convert, marveling at the comfort and convenience.
But by the time I got home that evening I had spent nearly four and half hours of my day on the travelling and doubts had started to creep in.

I don't think we'll see a true transport revolution until there's a high speed train to Belfast.
To book the community space at the NW Transport Hub contact northwesthub @turley.co.uk