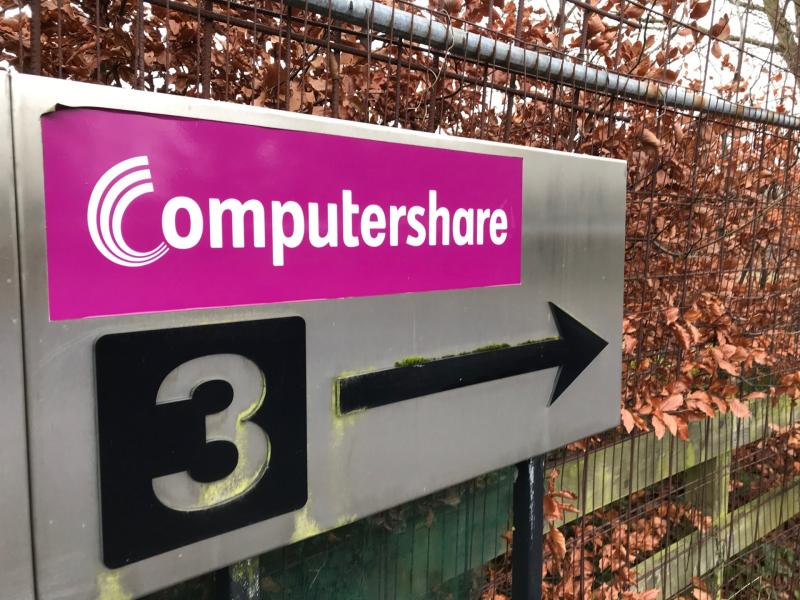 Sixty six employees at a company in Derry have been placed at risk of redundancy.
Derry Now has learned that workers at finance company Computershare were told earlier this week that they could soon be losing their jobs.
Computershare, which is based at the Ulster Science and Technology Park in Springtown, carries out work for a number of banks in relation to mortgages.
The company employs 12,000 people across 90 worldwide offices.
It is understood that around 280 people work at their Derry office.
The local workforce covers call centre workers and administrative staff.
It is believed that the proposed redundancies will mostly affect administrative staff.
One employee at the local Computershare office claimed that the proposed job losses were part of a process of ‘death by a thousand cuts’.
“A few years ago there were 550 people working here but now there are only 280 employees,” said the Computershare worker, who did not wish to be named.
“We believe that the latest proposed redundancies are part of a policy to slowly but surely close the Derry office completely.
“The company said that the reason for reducing our workforce was cost-cutting but we are the lowest cost base across the group so it does not make sense to be making cuts here.”
Brian McDaid, from the Aegis union, which represents people working in the finance sector, is involved in efforts to save the Computershare jobs in Derry.
Mr McDaid told Derry Now: “We are disappointed that this business decision will detrimentally impact some of our members and any job losses are a concern, in particular during these times of austerity.
“As always in these situations, our priority is to our members impacted.
“We are meeting on a regular basis with senior management to reflect on their rationale for this exercise, ensuring that we will seek all avenues to minimise the impact and save jobs for our members.
“This will not only affect our members, but also their families and the community, so we are engaging with local organisations and politicians to widen the support to those affected.”
Derry Now contacted Computershare in relation to the situation at its Derry office but the company did not respond.
In a statement this evening, local People Before Profit councillors Shaun Harkin and Eamonn McCann said they had been contacted by some of the employees affected.
“The company is a large employer here and continues to recruit into minimum wage positions. Therefore, it's widely understood redundancy is aimed at those workers who are longest serving with better pay and conditions,” their statement said.
“The work performed in Derry is high value but pay here is already significantly lower than Computershare's other sites in Britain.
“This unacceptable treatment requires a robust response.
“Stormont's New Approach, New Decade agreement places great emphasis on workers rights and the North West - the Executive must be ready to get involved if necessary to make sure unfair treatment isn't tolerated and to protect the North West region.
“People Before Profit stand in solidarity with Computershare workers in their demand for respect and join with others to encourage the company's management to reflect upon the impact such a decision will have on its most loyal workers, families and communities in the North West."