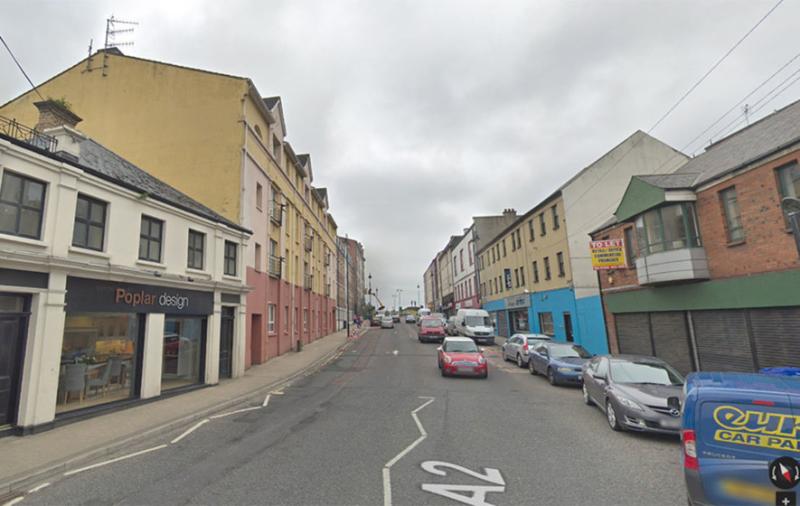 A man is in police custody after a mugging in Derry in the early hours of this morning.

PSNI detectives are investigating the incident which occurred on John Street just after 1.30am

Detective Sergeant Gavin McLaughlin said: "We received a report just after 1:30am that a man had been robbed and injured as he walked along John Street.

"It was reported the victim, aged in his 60s, was confronted by the suspect who demanded he hand over his wallet and phone before he punched him in the face. The victim had his rucksack and mobile phone stolen. He was taken to hospital for treatment of his facial injuries.

"We have since arrested a man, aged 30 years old, on suspicion of offences, including robbery, and he remains in custody this morning."

Detective Sergeant McLaughlin continued: "This was a nasty attack and our investigation is underway to identify the perpetrator.

"I want to appeal to anyone who was on John Street at around 1:30am this morning and who may have witnessed the incident to contact us.

“Or, if anyone believes they saw the suspect I would ask them to call us.

“The suspect is described as having spoken with a local accent, approximately 6'2'' tall and with short dark hair and wore a red and white wool hat with what was reported as having a 'Coca Cola' motif on it. “

DS McLaughlin concluded: "If you have information call our detectives at Strand Road on the non-emergency number 101, and quote reference number 67 of 22/01/20 or call the independent charity Crimestoppers on 0800 555 111."