So, just why do we eat turkey at Christmas time?

A lot of us have thought it and even a few of us have even been brave enough, or stupid enough, to have said it out loud, much to the annoyance of those who take the time to prepare our Christmas dinner. 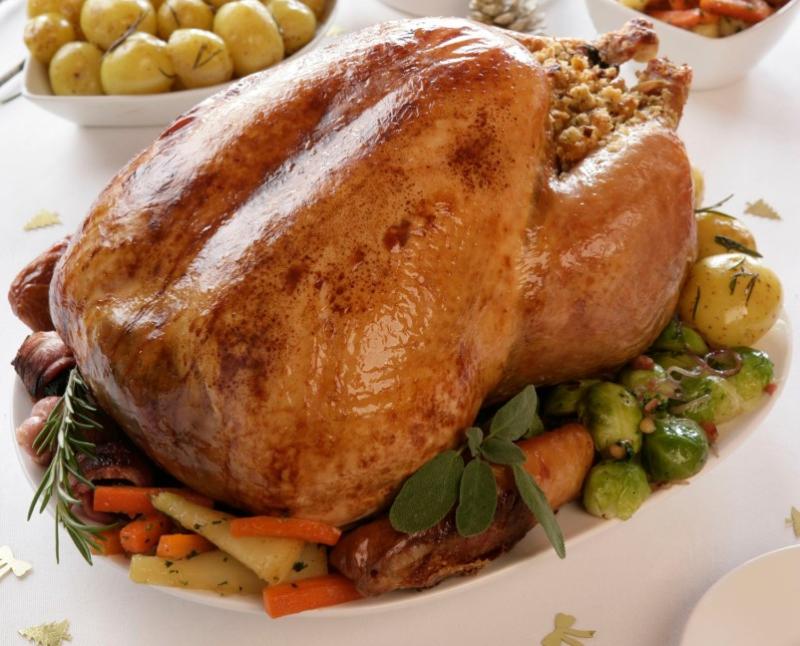 A lot of us have thought it and even a few of us have even been brave enough, or stupid enough, to have said it out loud, much to the annoyance of those who take the time to prepare our Christ- mas dinner.
It’s either too dry, there’s no taste from it at all, and to avoid both those complaints requests are made for the “dark” meat to be served to you. But still the vast majority of us will sit down to eat turkey on Christmas Day – but how did the big bird from America find its way onto our plates and manage to remain a permanent Yuletide fixture for centuries?
Turkeys were first brought into these islands in 1526 by explorer William Strickland and before that those who had the money to buy them ate geese, boars' heads, pheasant and even peacocks.
Yorkshire man Strickland acquired six of the birds from native American traders on his travels around the “New World” and duly shipped them back to England.
With the arrival of the turkey, a 16th century poem described Christmas dinner as: “Beefe, mutton and porke, shred pies of the best, pig, veal goose and capon and turkey well drest.”
This was accompanied by cheese, apples, nuts and “good drink.”
The turkey was also devoured because of purely pratical reasons by farmers because they needed to keep their cows to produce milk and their chickens for eggs. In the sixteenth century eggs were almost a luxury item and were accordingly expensive.
It is a matter of historical record that England's King Henry VIII began the tradition of eating turkey on Christmas Day, but it wasn't really until after the Second World War that the bird became more popular than goose on the big day.
An English farmer, Thomas Tusser. noted that by 1573 turkeys had started to adorn Christmas tables, but that as well as geese another bird – the capon – a castrated rooster – remained the fowl of choice.
And, that remained the case for another few centuries.
By 1615 turkey, appeared as a meat used in households as noted in a book called The English Housewife written by Gervase Markham. In the 1680s the London Poulters' Guild recorded that they had begun to give the company clerk a turkey as a Christmas gift.
In the Victorian era, turkey was still too expensive to buy in comparison to its alternatives. There was a division in tastes between northern and southern England. In the north, roast beef was favoured while in the south, goose remained the traditional choice. Poor families mostly made do with rabbit whether they were from the north or south.
Recent research shows that today the average worker will need to toil for around 1.5 hours to afford a turkey, but as late as the 1930s it would have cost the average weeks wages to buy one.
Eating turkey at Christmas was popularised further by its most recogniseable literary reference. That, of course, came in 1843 when Charles Dickens' A Christmas Carol was published.
The character of Scrooge famously sends his put upon clerk Bob Cratchit a huge turkey to replace his goose on Christmas morning.
Post 1945 food austerity changed any doubts about the correct choice for Christmas dinner.
The sheer size of the turkey could more than adequately feed a sizeable family and the St Stephen's Day leftovers could be turned into sandwiches, soup and stew.
According to the British Poultry Council more than 15 million turkeys are killed every year – nine million of those for the Christmas season alone.
However, that figure pales by comparison to the fact that in the US, three hundred million turkeys meet their fate each year – mainly for Christmas and Thanksgiving.
But outside of Ireland, Britain and America, turkey is not the favoured roast for Christmas Day.
In Norway, for example, the festive feast actually takes place on Christmas Eve and most around the costal regions of the country eat fish – mainly cod and haddock and a variety called lutefisk.
Inland in Norway, they opt for pork chops, specially prepared sausages and sometimes lamb.
In neighbouring Sweden the Yuletide consists of a smorgasboard of caviar, shellfish, cooked and raw fish and cheeses.
Further east in Ukraine people prepare huge broths crammed with meat while in the Czech Republic tradition decrees that the tree is not lit before Christmas Eve and is then followed by a dinner of fish soup, salads, eggs and carp.
A macarbre tradition upheld by the Czech's is that the number of people at the table must be even, otherwise the person without a partner will die the following year.
In Germany, the traditions are much more straightforward with the Christmas Day feast consisting largely of wild boar or venison.
Meanwhile, in Jamaica Christmas dinner usually consists of rice, gungo peas, chicken, ox tail and curried goat.
Back in Western Europe, the Christmas dinner in Italy can last four over four hours. Most families will have seven or more courses including antipasti, a small portion of pasta, a roast meal followed by two salads and two puddings – then, cheese, fruit, brandy and chocolates.
The Austrians take a more austere approach and on Christmas Day traditionally sit down to braised carp served with gingerbread and beer sauce.
Poland pays no heed to the turkey at all. In fact they pay no mind to meat at all and knuckle down to 12 meat free dishes that represent the months of the year and which includes fish such as pike, herring and carp.
Other typical Polish Christmas dishes are fish soup, sauerkraut with wild mushrooms or peas and traditional dumplings with various fillings.