Standalone university must be an election priority

Terry Wright, former vice-chair of the Ulster Unionist Party, says Derry/Londonderry should partner with Donegal to develop an independent university. 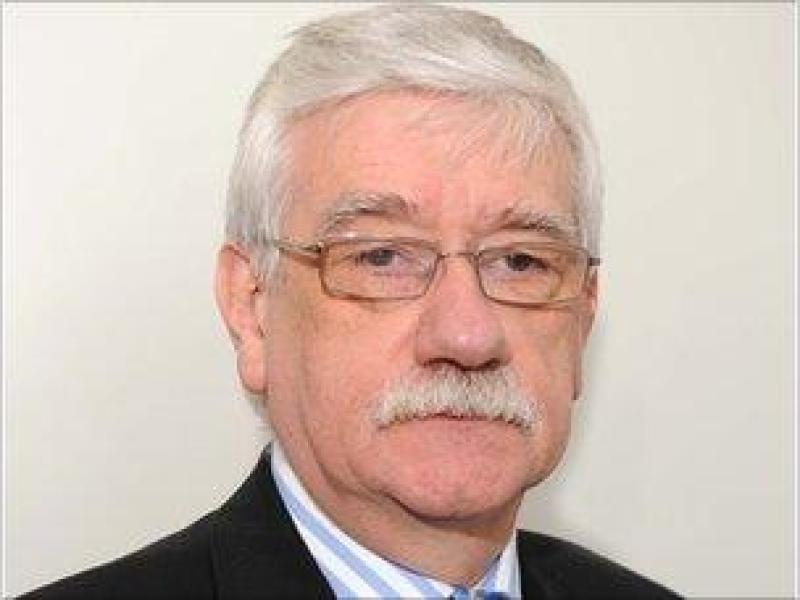 Terry Wright, former vice-chair of the Ulster Unionist Party, says Derry should partner with Donegal to develop an independent university. Mr Wright spent his career as a teacher, first at the former Clondermot High School and then as Vice-Principal of Lisneal College as well as being a leading figure in the Foyle Learning Community. Here he argues that the old model of tertiary education has not worked.

Two years ago, I was one of a number of facilitators at an education event for around 125 Key Stage 3 13/14-year-old students, mainly from the Catholic Maintained Sector, held in Derry/Londonderry. When asked how many anticipated that they would have to leave the city to pursue the career and quality of life to which they aspire, more than 50% replied that they thought this would be the case.

The likelihood is that the percentage will be higher.

Such is the imbalance of economic and education investment in areas west of the River Bann that unless a radical and favourable strategy is devised and applied, energy will be channelled into preventing or managing shutdown rather than finding a creative and sustainable solution towards ensuring equality of opportunity for well-remunerated employment and the benefits that accrue. The trickle-down approach evident in policies which favour the regional capital are not working and serve to produce a flow of creative, skilled and well-educated young people away from the city.

Politicians who will soon be knocking on doors in a quest for votes need to explain why this has prevailed for so long. This is a question they should be asked and that is before getting to the neglect of development in infrastructure with no modern rail or road access to Dublin and phased modernisation of the main road to Belfast. It should not stop there. The new road from Belfast to just beyond Ballymena needs to be carried through to Coleraine with a new road connecting it to the city. There needs to be joined up thinking to address these shortcomings.

This is no less the case in Higher Education.

The political ramifications which flowed from the Lockwood Report are well-documented. It is a comment on our politics that the piecemeal approach to providing university education at the University of Ulster, Magee Campus receives only periodic acknowledgement and consideration.  Over time it has amounted to little more than tinkering around the edges of a deeper-rooted problem where politics have been allowed to get in the way of much-needed development.

Too often, responses to well-founded cases for expansion have been over-populated with the conjunction … ‘but’… whilst favourable investment and increased provision has been made in areas already well-served with institutions. The recent university development in Belfast which will now host two universities in the centre of the city should not mean that similar development cannot occur elsewhere with local businesses afforded the same opportunities that local traders in Belfast now anticipate.

Centres like Limerick and Newcastle in England evidence the benefits which can accrue to a community in terms of promoting local pride and a sense of belonging, social engagement, increased consumer base, arts, culture and the sciences and employment. A thriving university can serve as an anchor for a city but this has been long denied to Derry/Londonderry.

There is a need for a fresh vision, political support and the establishment of a network of creative co-operation across the region of the Derry City and Strabane Council area in partnership with Donegal with the aim of providing an independent university for Derry/Londonderry.

The Coleraine campus of the University of Ulster cannot claim to be as successful as envisaged and is evidence that such campuses exist as the poor relation. Should it close and re-locate to Derry/Londonderry? The Coleraine campus could be re-deployed as a base for the long-planned training facility for PSNI, Fire personnel, and others, which is unlikely to be developed as originally planned, ensuring that any loss of income to the area would be compensated. This would also require rationalisation of other Higher Education provision in, for example, Teacher Training where over provision is tolerated for party political reasons.

At the very least a business case and the feasibility of the proposal should be explored on a collaborative basis by our elected representatives. Is there any reason why this should not inform an agreed Manifesto for the West in addition to the other elements of the individual party publications? If this is too much to ask from our politicians then at least let all agree that the need for an independent university for the city must be met. It will attract young people to the city and act as a catalyst for growth within the community which in turn could attract young people, who choose to go to universities elsewhere, back to their home for employment and  the experience of a  thriving, well-connected and outward-looking environment.

All voters should be demanding this from all political parties.

The old model has not worked and is curtailing economic, educational and social development. Replacing it will bring challenges. These will not be the first which the region, with its capacity for skills, knowledge and wisdom has faced and met successfully.