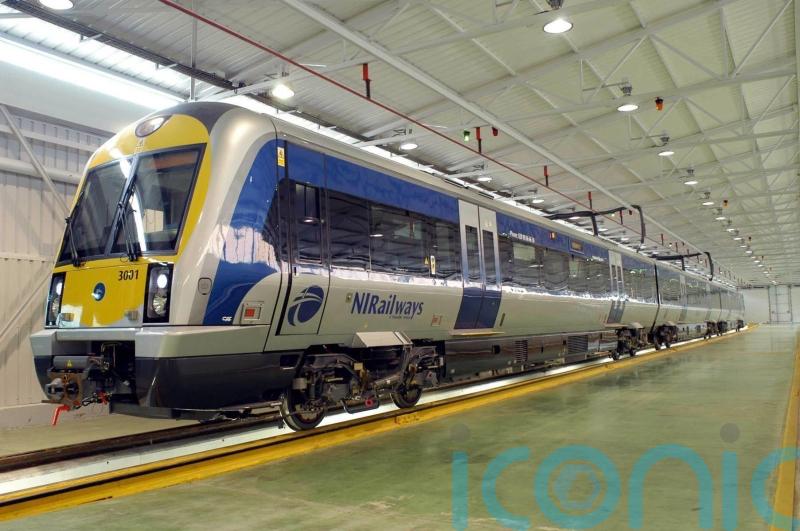 Photography exhibitions are being launched at two train stations to mark the 75th anniversary of the flagship Belfast-Dublin Enterprise train service.

In 1947, at 10.30am on August 11, a seven-carriage steam train left Belfast and headed to Dublin, bringing about a new era in cross-border travel.

The cross-border railway service would feature in the island’s history: including being the subject of bomb threats during the Troubles, leading to the establishment of the Peace Train Organisation in 1989; and the “Contraceptive Train” event organised by the Irish Women’s Liberation Movement in May 1971.

In its first year in service, one train travelled in each direction. Seventy-five years later, the Enterprise service has eight daily departures in each direction, and Translink says passenger demand is on course to reach “an all-time high”.

The photographic exhibits will launch in Lanyon Place Station in Belfast and Connolly Station in Dublin on Thursday.

The 1947 inaugural train was operated by the Great Northern Railway company; it is now jointly operated by Translink NI Railways and Iarnrod Eireann.

Translink Group chief executive Chris Conway said that the event was to celebrate the service, staff and customers.

He added: “Whatever your reason for travel, Enterprise has been there to connect us to family, friends and opportunity, evolving with the times and better connecting Belfast and Dublin.”

Iarnrod Eireann chief executive Jim Meade said that the service has “a rich and evocative history”.

He added: “I am certain that our customers will very much enjoy the exhibition that is now on display at Lanyon Place and Connolly.

“The Enterprise train is a key economic and social connector for the people of Dublin, Belfast and the stations in between and we look forward to another 75 years of its successful operation.”