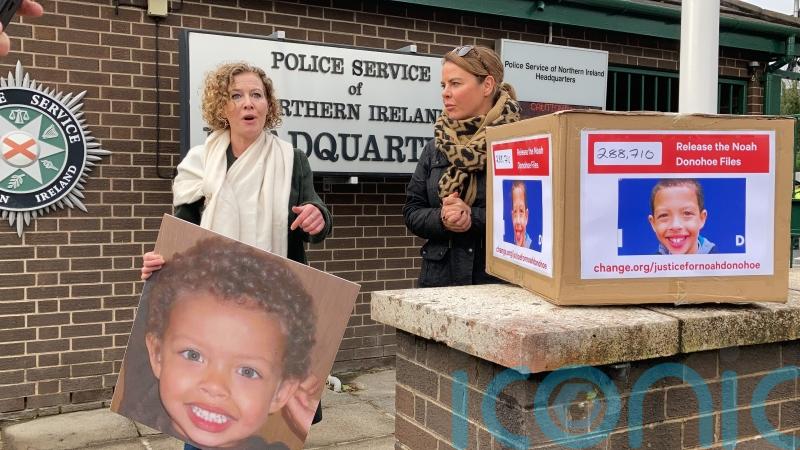 Noah, a 14-year-old pupil at St Malachy’s College in Belfast, was found dead in a storm drain in the north of the city in June 2020, six days after he went missing.

His mother Fiona is hoping to secure answers to some of the questions surrounding his death through the ongoing inquest process.

She has raised concerns around a number of folders of sensitive police material. 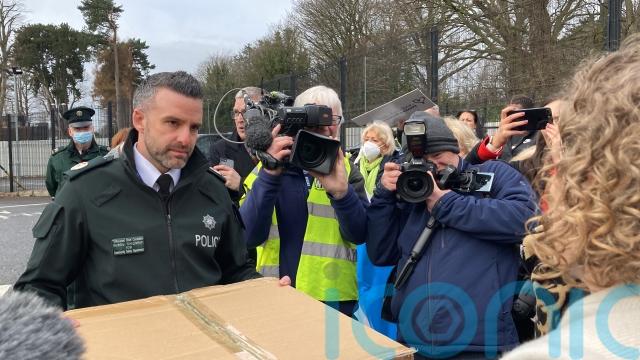 The material is currently being prepared for potential public interest immunity (PII) certification, which may see some sections being redacted.

More than 280,000 people have signed a petition calling for the files to be released.

Ms Donohoe, accompanied by her sister Niamh, delivered the petition to police headquarters on Friday.

A large number of supporters gathered at the premises in east Belfast calling for the material to be released. 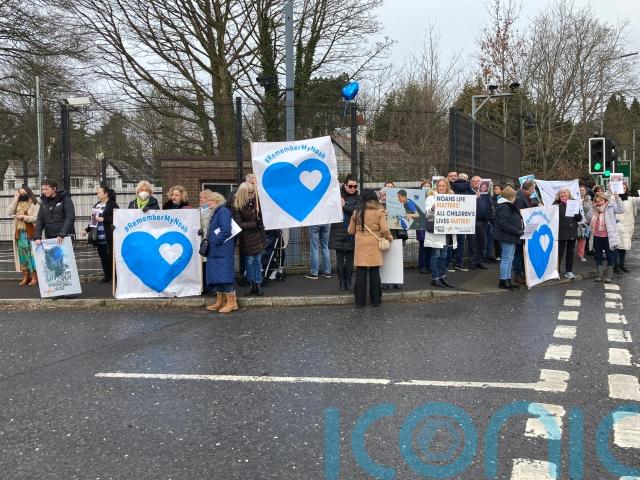 During a brief exchange, Ms Donohoe told Mr Singleton they need the files released to secure justice, adding: “That’s your job, to serve justice, to give us, the public, justice.”

Her sister asked whether Chief Constable Simon Byrne had given Mr Singleton a message to give to them.

He responded: “We’re absolutely determined to do everything we can to bring justice for Noah.

“We’ve been working with the coroner and we will continue to work with you and the rest of the family to make sure we achieve that.

“PII is being considered, no decisions have been taken at this time. 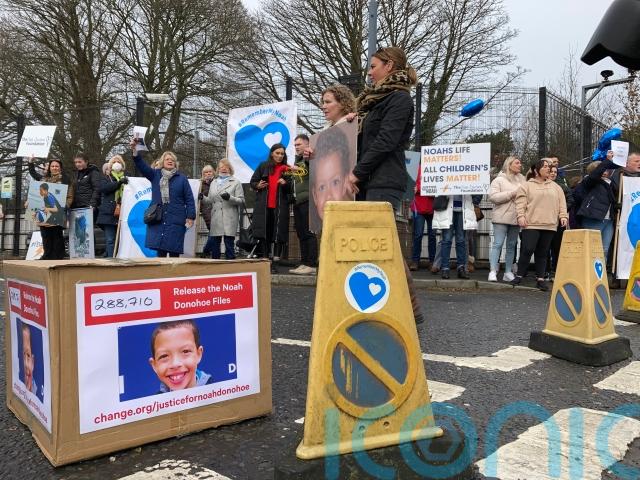 “I thank you for bringing this petition to us today.”

Mr Singleton added: “We’ll do everything we can to make sure you get justice.”

In a statement afterwards, he said: “The police service has deep and sincere sympathy with the Donohoe family for the unimaginable pain of their loss.

“I accepted copies of a petition today (February 25) and assured Fiona that we remain fully committed to finding answers for the Donohoe family.

“The disappearance and death of Noah Donohoe is subject to an ongoing coronial investigation. The Police Service continue to investigate under their Police (NI) Act 2000 duty, but also provide assistance to the coroner, so it would be inappropriate to comment further at this time.”