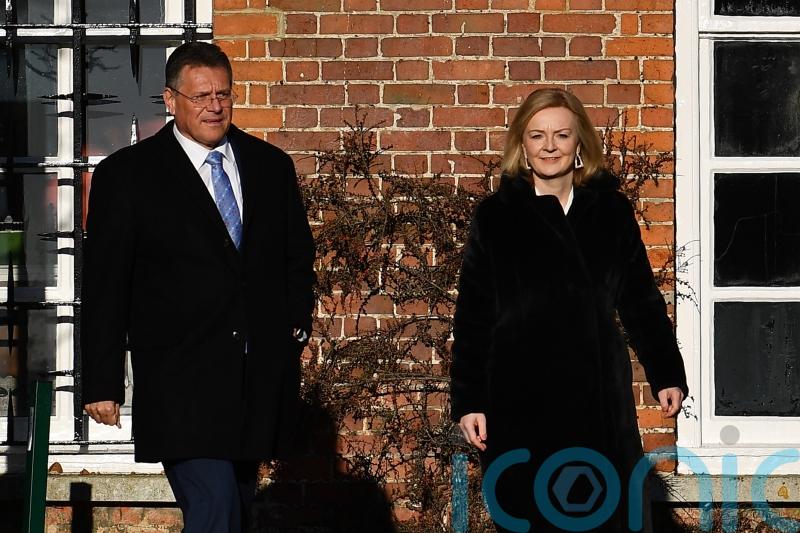 The UK and EU have reiterated their determination to find “durable solutions” to the Northern Ireland Protocol after a meeting on the contentious trading arrangements ended without a breakthrough.

Yesterday (Monday February 21), Ms Truss and Mr Sefcovic jointly chaired an EU/UK committee on the implementation of the protocol.

Afterwards, Mr Sefcovic said intensified negotiations over recent months to find an agreed settlement had so far resulted in “neither a breakthrough nor a breakdown”.

Mr Sefcovic, who described his relationship with Ms Truss as “positive”, said talks would continue with a “laser focus” on practical solutions.

Negotiations are anticipated to be more low key in the coming weeks and months, with both sides mindful of the imminent Assembly election campaign in Northern Ireland.

Asked about a deadline for progress, Mr Sefcovic told a press conference in Brussels that the EU was “not in the business of setting artificial deadlines”.

“With Liz Truss we are determined to keep our eyes on the ball to find durable solutions for the benefit of Northern Ireland,” he said.

Mr Sefcovic added: “My objective remains the same – to provide Northern Ireland and all stakeholders on the ground with stability, predictability and opportunities stemming from the protocol. 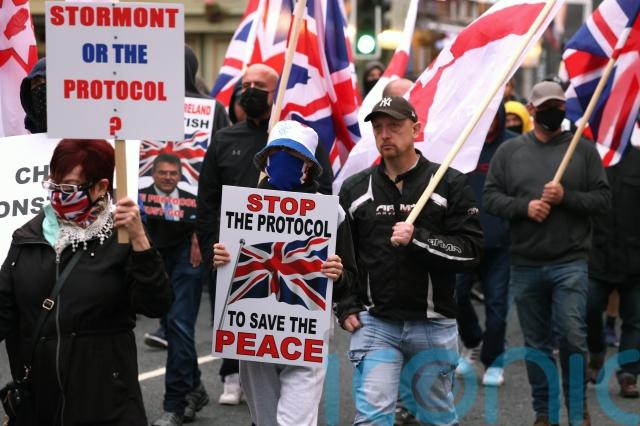 “Ultimately, this is the only way to protect the hard-earned gains of the Good Friday/Belfast Agreement in all its dimensions, while avoiding a hard border on the island of Ireland and minimising disruptions caused by Brexit without compromising the integrity of the EU’s single market.”

The protocol has created new economic barriers on trade between Northern Ireland and the rest of the UK.

Agreed by the UK and EU to ensure no hardening of the Irish land border post-Brexit, it has instead moved regulatory and customs checks to the Irish Sea, with Northern Ireland remaining in the EU single market for goods. The region also applies the EU customs code at its ports.

Unionists and loyalists claim the arrangements have undermined the sovereignty of the UK, but a majority of Assembly members at Stormont support the protocol, claiming it offers Northern Ireland a degree of protection from what they portray as the negative economic consequences of Brexit.

Earlier this month, the main unionist party in the region – the DUP – withdrew its first minister from Stormont’s powersharing executive in protest against the protocol – a move that effectively collapsed the administration and removed its power to take significant decisions.

The joint statement issued by the EU and UK on Monday stated: “Vice president Sefcovic and Foreign Secretary Truss underlined that the UK and EU share an overriding commitment to protect the Good Friday or Belfast Agreement of April 10 1998 in all its dimensions.

“Vice president Sefcovic and Foreign Secretary Truss took stock of the intensified and constructive talks that have taken place between them over the last months.

“They underlined the ongoing determination of both parties to ensure that the outstanding issues in the context of the protocol are addressed, and durable solutions found for the benefit of citizens, businesses and stability in Northern Ireland.”

The joint statement continued: “In addition, vice president Sefcovic and Foreign Secretary Truss reiterated the importance of further engagement, including with the Northern Ireland Assembly and Executive, and wider Northern Ireland civic society and business.