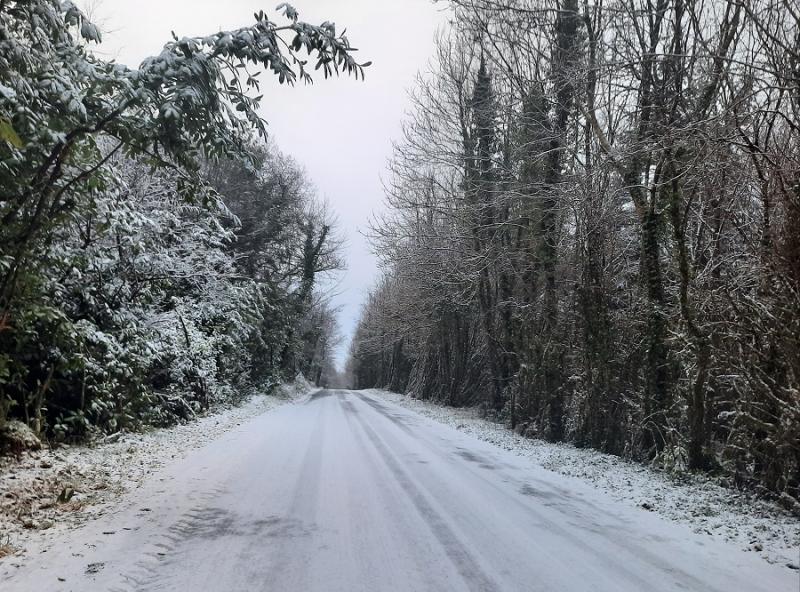 Snow could be on the way for Ireland this week according to the latest weather forecast for Ireland from Met Eireann.

According to the latest Met Eireann weather forecast for Ireland, there will be a mild start to the week with some wet and windy weather but there is a chance of snow later in the week along with a significant drop in temperatures.

The Met Eireann weather forecast for Monday is for a largely dry day with some bright spells to start tomorrow but it will turn cloudier by afternoon with patchy light rain and drizzle spreading from the northwest. However, many southern and southwestern areas will stay dry. Highest afternoon temperatures of 6 to 9 degrees in moderate to fresh westerly winds.

According to Met Eireann, it will be a blustery day on Tuesday and will be cloudy for most with scattered patches of drizzle. Drier and brighter spells will develop over Ulster through the day. Highest temperatures of 10 to 12 degrees in moderate to fresh and gusty westerly winds.

A cloudy night on Tuesday night will keep temperatures from falling below 7 to 9 degrees. There'll be outbreaks of rain and drizzle as westerly winds gradually ease mostly moderate.

The Met Eireann weather forecast for Wednesday is for a generally cloudy day with occasional bright spells and scattered outbreaks of light rain and drizzle, most frequent in western areas. Highest temperatures of 10 or 11 degrees in moderate southwesterly winds.

Largely dry with some bright spells⛅️ to start on Monday, but turning cloudier by afternoon with patchy light rain/drizzle️ spreading from the northwest.

However, many southern and southwestern areas will stay dry.

Highs of 6 to 9°C in moderate to fresh westerly winds. pic.twitter.com/o9BTKHP8XV

According to Met Eireann, after a comparatively mild start a spell of rain moving southwards over the country on Thursday will bring a noticeable drop in temperatures when it clears through, with the chance of some showers of sleet and snow on to western coasts on Thursday night.

Showery outbreaks of rain, sleet and snow for a time on Friday, with milder conditions returning through the weekend again.