Spokesperson for Tánaiste insists he is not opposed to - nor is he ruling out - 100% redress. 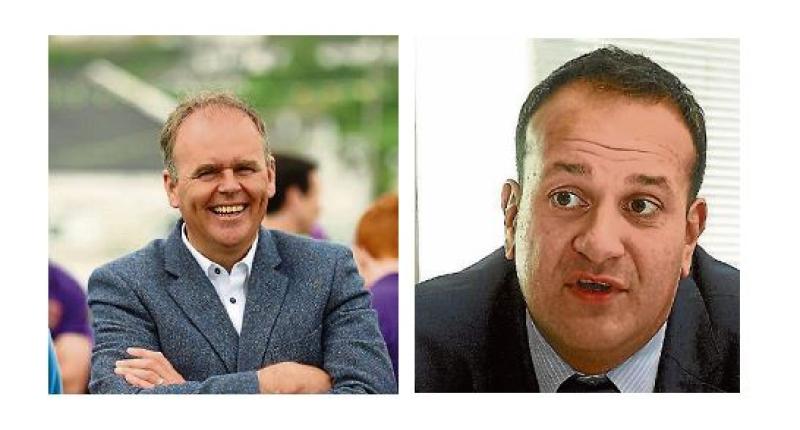 Donegal Fine Gael TD Joe McHugh has described comments made by his party leader over the demands for 100% redress from mica-affected homeowners in the county as “unhelpful”.
Mr McHugh is one of three Fine Gael TDs in counties badly affected by defective blocks who contacted Leo Varadkar on Tuesday night seeking a meeting after the Tánaiste said a 100% compensation scheme for homeowners with defective blocks could severely impact on the public finances as other groups would expect the same level of support.
The comments, made after a Cabinet meeting on Tuesday, were interpreted as him ruling out 100% redress. The Tánaiste’s comments were later clarified with a spokesman saying he is not opposed to 100% redress.

Mr McHugh said on Wednesday that he was expecting the meeting between himself, Clare TD Joe Carey, Mayo TD Alan Dillon and the party leader to take place before the end of the week.
He said it was important “as we get closer to decision day to reiterate and ensure” that commentary is clarified as “it can impact on the process”.
“Those comments weren’t helpful as they create vulnerability where there is already massive vulnerability at a personal and a family level.
“I think it is really important now that the process goes through the channels that it is supposed to go through and we need to be very careful about public commentary at this stage,” he told the Donegal Democrat.
“Things can be misinterpreted and because we are coming to the end of the process, it is important that people know who exactly, and how, we will be bringing the process through Cabinet and who is exactly working on this particular item. And that is the minister in charge.”
Negotiators on behalf of Donegal homeowners affected by mica made their final submissions to the working group assigned to report on the issue last Friday.
A report is due to be delivered to housing minister Darragh O’Brien at the end of the month. He will then bring recommendations to the Cabinet.
Mr Varadkar said on Tuesday the Government will have to control the cost of any mica redress scheme as well as other compensation packages that may come down the line.
“We do have to bear in mind the impact on the general taxpayer as well.
“Behind this issue, there's also the issue of defective apartments, many of them in my constituency.”
“Ultimately it's not the Government that pays for this, it's the taxpayer, the average working person who pays for this, even though they weren't responsible in any way for the problems that happen,” Mr Varadkar said.
A spokesman for Mr Varadkar told the Irish Examiner that the Tánaiste is not opposed to - nor is he ruling out - 100% redress.
“The Tánaiste and the Government are conscious of the impact that mica damage has had on people and families across the Northwest,” he said.