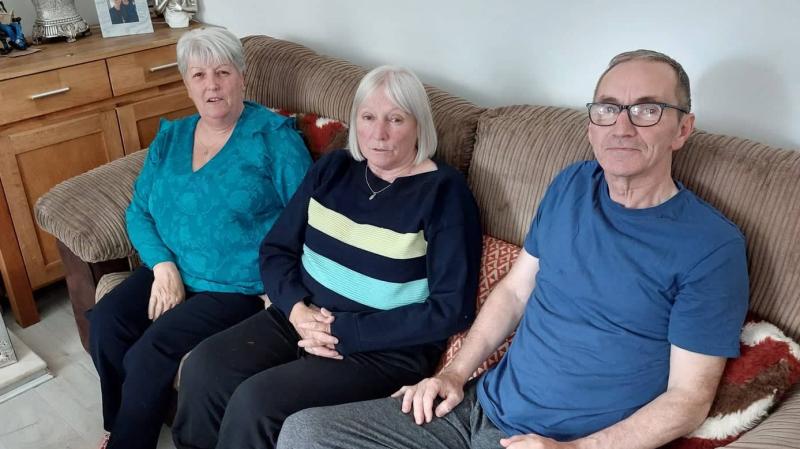 “They want to put their feet in my shoes and and walk our path and ask themselves, 'If it was my child, would I want less?'”

These were the powerful words with which Margaret Brady (née Hegarty) challenged those in the Public Prosecution Service who have decided not to prosecute 'Soldier B' the man who murdered her brother Daniel (15) in Creggan during Operation Motorman.

Margaret's husband, Hugh, revealed that the Director of Public Prosecutions said he could not explain how 'Soldier B' changed his story from saying initially he shot Daniel from a distance of 75 feet, to saying he shot him from a distance of six feet or possibly closer. 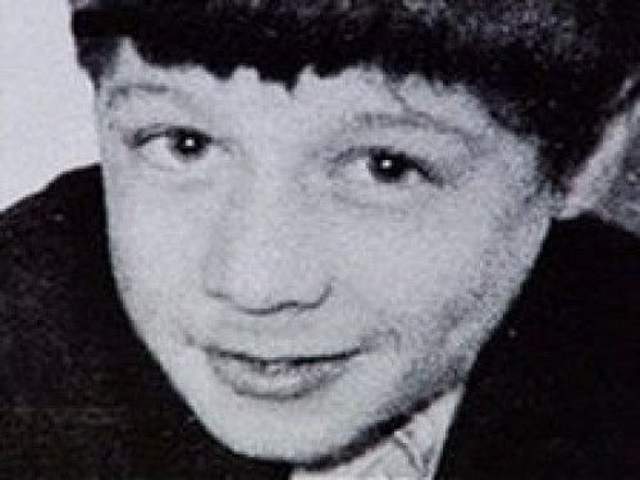 Daniel Hegarty who was 15 when he was murdered during Operation Motorman.

Hugh said: “In his first statement 'Soldier B' said the general purpose machine gun he used was mounted on the ground. He changed that in his second statement to say he had held the gun, which is capable of firing 800 rounds per minute.

“He fired four rounds, which showed he was an expert shot because that gun would have been extremely hard to control. Daniel was shot twice in the head and the bullet from the back of his head hit his cousin, Christopher [Hegarty], who he was with at the time. Christopher's brother, Thomas, who was also there, was dragged up the street. He did not if he was going to get back alive.

“Using the gun in a built up area like Creggan was illegal in itself,” said Hugh.

Sitting beside her sister, Kathleen, a visibly emotional Margaret said the family was erecting a plaque outside the house where Daniel was murdered, at 2pm, on Sunday, July 31, to mark the 50th Anniversary of Daniel's death. She said everyone would be welcome as the family would be glad of the support.

“Our plaque is going outside 114, Creggan Heights, where Daniel was murdered and left lying. 'Soldier B' said after he murdered Daniel, he stepped over him. He was taken back to Limavady to barracks. He got a sleeping bag and he went in and slept for a couple of hours.

“This is a man that murdered a child and he is able to go and grab a sleeping bag and go to sleep for a couple of hours. What kind of human being is he that he could go and do that and my brother lying dead?

“He never even assisted Daniel, to see if he was dead or if he needed medical help. He just left him lying dead and Christopher lying badly wounded.”

Daniel had left his home to look at the British army tanks. He met his cousins and they decided to walk to Creggan Heights. When they spotted British soldiers ahead of them, they turned to go home. That was when 'Soldier B' crossed the road and shot Daniel and Christopher,” said Margaret.

“It was during an exhibition celebrating the 50th Anniversary of Creggan we discovered the British army had said Daniel was a terrorist. There was a photograph there we had never seen before showing Daniel's blood all over the footpath.

“That’s when I said, 'Mammy, we can’t allow Daniel to be called a terrorist'. So then we decided we would take them on. 20 years ago we started the campaign to clear Daniel's name, which we did at his second inquest in 2011.

“On Sunday, when we unveil the plaque, there will be a bit of music and we as a family will be telling people how Daniel died and how we are still fighting to get this man into court for the murder of our brother because in 1973 they actually said there would be no prosecutions.”

Margaret described the Public Prosecution Service as playing “mind games” with the families.

She added: “I do not understand why they are trying to protect these soldiers. Is it because they wear the uniform? Is it because the Government pays their wages as well as the wages of the British soldiers? They should get a grip.

“And then the first Director of Public Prosecutions, Barra McGrory, did the same, said no prosecutions. I took a case against him and won. I won again after Daniel's second inquest and now the prosecution of 'Soldier B' has been stopped again.

“How do they expect people in this community to trust them and respect them? They are a joke. They want to hang their heads in shame.

“They are playing mind games with us. They cause more stress to families. They tell us to move on. I have moved on. I am 64 now. I am a grandmother and I tell my own wanes and my grandwanes, 'You had an uncle who was murdered. The prosecutors, don’t trust them. Don’t trust the police.' Not one of them has the backbone to say, 'Right, we took an oath to see justice be done and we are not doing it,'” said Margaret.

Margaret was also critical of local politicians who she accused of working against families, while telling them they were in favour of prosecutions.

“All families should speak for themselves,” said Margaret, “ and every family that has lost a member in the Troubles, all their cases should be taken to court and they will stand on their own merits. There is enough evidence to bring about a prosecution,” she said.