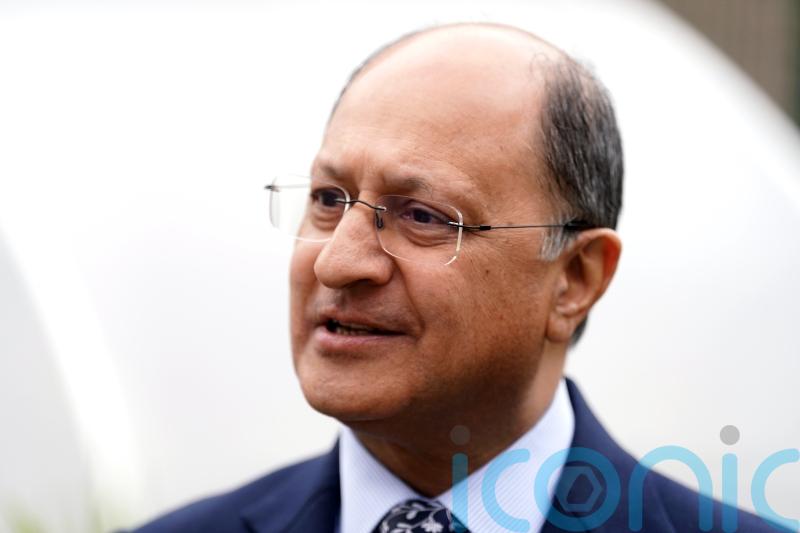 A series of sectarian incidents across the weekend in Northern Ireland have been described as “very sad and very disappointing”.

Shailesh Vara described republican chants as well as the selling of controversial flags at a loyalist parade in Derry as “something we wish to consign to history”.

There were pro-IRA chants as the Wolfe Tones played their annual gig to close Feile an Phobail in west Belfast on Sunday evening.

The event saw the band lead thousands of spectators in the singing of the lyric, “Oh, ah, up the Ra” repeatedly.

There were also scenes of chanting at the unveiling of a mural of a burning police vehicle. A video which surfaced online of the unveiling of the mural includes chants of “Get the Brits out”.

Police have said they are aware of the mural.

There has also been condemnation following the emergence of a photograph which appears to show Larne Football Club player John Herron wearing a T-shirt bearing the slogan “Up The Ra”.

Larne Football Club said in a statement on Monday that Herron has been suspended with immediate effect and that an investigation into the incident is under way.

Meanwhile there has been condemnation of the sale of Parachute Regiment and UVF flags at a parade in Derry at the weekend.

The Parachute Regiment was responsible for the deaths of 13 civilians in Derry during a civil rights march in the city in 1972, an event which has become known as Bloody Sunday. 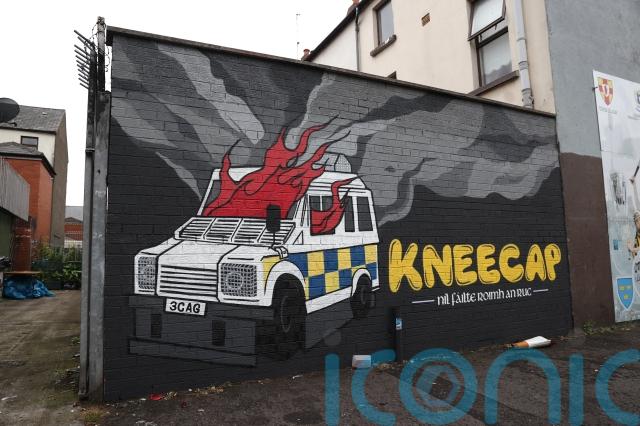 “Our officers attended the location where the stall was and gathered evidence and seized a number of items,” he said.

“Inquiries continue to establish if any criminal offences have been committed.”

Mr Vara, speaking during a visit to Dromore, Co Down on Monday, told reporters: “What I very much hope is that the vast majority of people in Northern Ireland will take the positive attitude as we move forwards and say this really is something of the past, lets leave it in the past and lets move forward as communities working together, living together because that’s the way forward.”

He added: “Can I just take this opportunity to say a big thank to the PSNI who are doing a fantastic job in ensuring the safety of all of us from all communities and all backgrounds in Northern Ireland.” 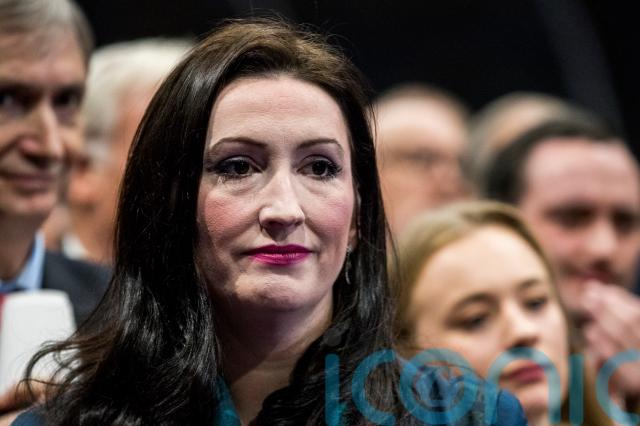 She has called for an urgent investigation around funding from public bodies for Feile an Phobail.

“They are young people, many of them born after the Belfast/Good Friday Agreement and yet we are seeing this type of glorification of terrorism which is absolutely unacceptable,” she told the BBC.

Ms Little-Pengelly said recent comments by Sinn Fein vice president Michelle O’Neill that there was no alternative to violence in the past “was not leadership”.

“I am calling on all political leaders, political representatives from across all parties to say very clearly, and send a very clear message today that all glorification of terrorism is wrong, it has to be called out when it happens,” she added.

Alliance MP Stephen Farry described a “very worrying spate of sectarian incidents over the course of the summer from different sections of the community”.

“In particular, young people have been swept up into this,” he told the BBC.

“I think we’re seeing almost a casual sense of sectarianism.

“We have had a real spate of these incidents over the summer and particularly this weekend.

“It does point to the fact that 25 years on from the Good Friday Agreement we have to have that sober lesson that we as a society haven’t done enough in terms of reconciliation and building integration.

“Divisions are very stark still in our society.”

Feile an Phobail director Kevin Gamble said this year was the biggest yet, with around 100,000 people attending more than 350 events.

He pointed out that representatives from all communities were welcomed to various events, and said that no major internment bonfires took place in Belfast due to a dance music night put on by Feile to divert young people.

“The benefit of the absence of these unwanted bonfires on August 8 is significant, as well as the positive images emanating from the festival events showcasing Belfast in a positive light. There is also the considerable benefit to the city’s economy which the associated increase in visitor footfall and spending brings due to Feile,” he said.