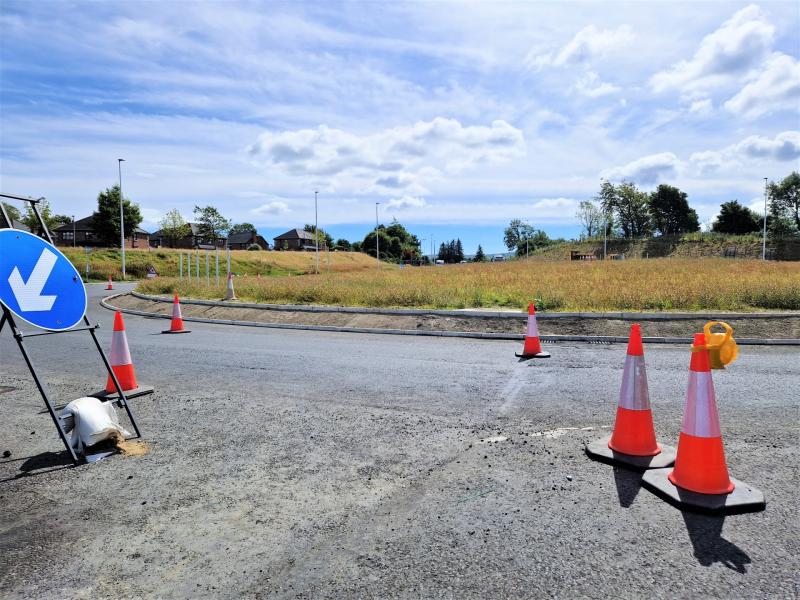 The Department of Infrastructure has announced the planned temporary closure of an arterial route from Belfast to Derry for the weekend of August 21, which is anticipated to cause major disruption to the local community as well as commuters.

Posting on social media at the weekend the DFI stated “From 9.00pm Fri Aug 19 to 4.00am Mon Aug 22 the A6 will be closed through Dungiven to allow final surfacing works to be completed at the new Dungiven roundabout.”

A map of the DFI diversion states commuters wishing travel from Derry to Maghera or vice versa are advised to take a route via Garvagh, Coleraine, Limavady, Eglinton and then eventually into Derry. This will mean motorists will travel approximately an additional 24 miles each way to make the trip.

Residents of the Dungiven area have endured over two years of disruption as the A6 dualling project nears completion, but this is proving to be the final straw for beleaguered residents of Magherabouy Terrace and the neighbouring Glenshane Road residents.

Up to 27 households in the Magherabouy area live within approximately 800 metres of the newly constructed roundabout, but will face a proposed 34 mile diversion to access local churches or shops over the weekend, which are only a matter of a few hundred metres from their homes.

Some residents have taken to social media to vent their frustrations commenting, “Sum diversion (Sic). Cheaper taking the day off with the price of fuel,” whilst another said “That's not a diversion that's a road trip itself.”

Concern has been expressed by locals who had booked the Airporter service to meet flight times and will now face having to reschedule bookings to allow additional travel time over the lengthy diversion.

Derry GAA's Centre of Excellence at Owenbeg is set to host six games over the weekend with two on the Friday night, two further on the Saturday and two on the Sunday afternoon in the senior football championship.

Further championship games over the weekend will see a number of clubs from North Derry travel to South Derry and vice versa. Players and spectators will need to seek alternative routes as there will be no through access via Dungiven to Owenbeg via the Glenshane, or vice versa.

Speaking to the County Derry Post last night a DfI spokesperson said: “The closure is required to complete final surfacing at the new Dungiven roundabout.

“Although no through traffic will be permitted through the works during the closure period, the contractor will endeavour to facilitate local vehicular access when possible. 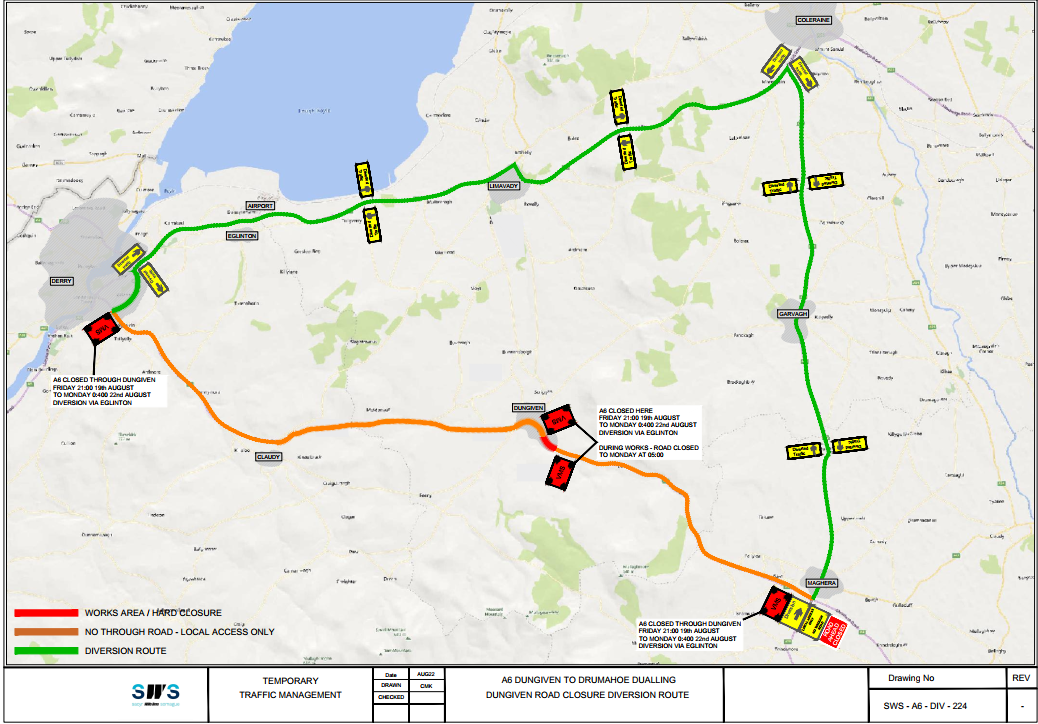 Pedestrian access will be maintained at all times. During the closure period, through-bus services will be suspended.”
Local councillor, Sean McGlinchey has met with the contractor and officials to discuss options, and plans to meet further are in place.

“Residents have concerns about this closure. There are fears about emergency vehicle access over the weekend. Also we need to sort something for the people of Magherabouy and the Benedy.

I have met with the relevant parties this week already, and we plan to meet tomorrow, Wednesday.

“I will be speaking to the residents over these next few days to make sure they are consulted and informed about what is planned,” said the local councillor.

When asked for comment a Translink spokesperson said, “We have been made aware of the proposed closure of the A6 through Dungiven from Friday 19th August (9pm) to 4.00am on Monday 22nd August. We are meeting the contractor to assess alternative options.”