Derry launch of 'On the Blanket: An A to Z of Prison Resistance' 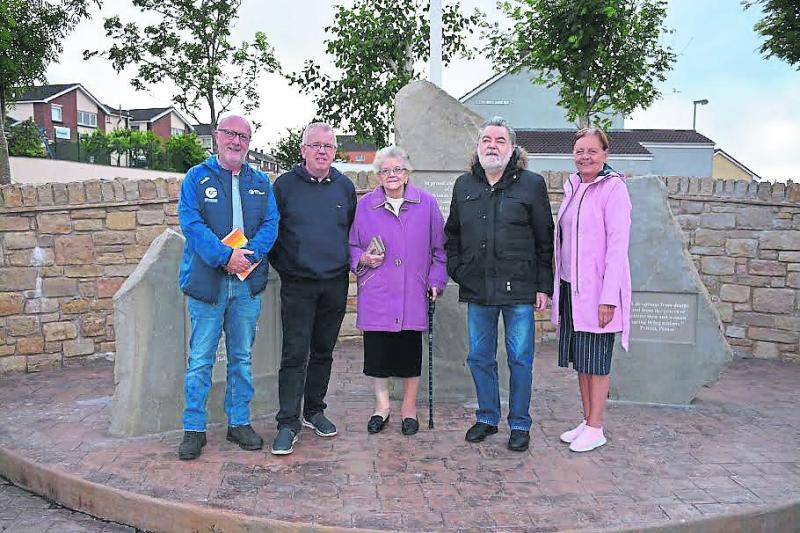 Eoghan Mac Cormaic, left, pictured with members of the family of Ciaran Fleming including his mother Maude. Photos: Charlie McMenamin

Derry republican Eoghan Mac Cormaic spoke at a recent event marking his friend and comrade, Ciarán Fleming, and other Derry 'blanket men' which coincided with the launch of his second book on the epic 1976-81 prison struggle, 'On the Blanket: An A to Z of Prison Resistance.'

Mac Cormaic spoke at the republican monument in Gobnascale area of the city which was attended by Ciarán's mother Maude, brother John and wider family circle.

Dedicating the poem, 'Creggan Hill' to Ciaran, he recalled the Waterside man's part in the protest to regain political status. 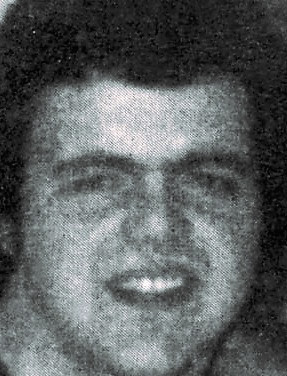 Ciaran Fleming (pictured above) was one of 38 republicans who escaped from Long Kesh on September 1983, the largest break-out of prisoners in Europe since World War II and in British prison history. The 25-year-old, who could not swim, drowned in the River Bannagh in Co Fermanagh on December 2 the following year while fleeing members of the SAS.

Later on the day of the recent event at the Waterside republican monument, 'On the Blanket: An A to Z of Prison Resistance' was launched by former hunger striker and Sinn Fein MLA Raymond McCartney in the Museum of Free Derry where Eoghan Mac Cormaic read extracts from the book and discussed the struggle and its aftermath.

Mac Cormaic said that the 1972 Bloody Sunday march was organised in protest against prison conditions and internment and that many of those who ended up in the H-Blocks of Long Kesh were in prison because of the British Army murders and cover-ups of that tragic day. The book is the second title within six months from Mac Cormaic.

In 2021, his Irish language 'Pluid' won first prize for adult literature in the Oireachtas competition and is already in a second print run. The books are a first hand account of the prison struggle, describled as being rich in humour and pathos and telling the prison story in a unique way. 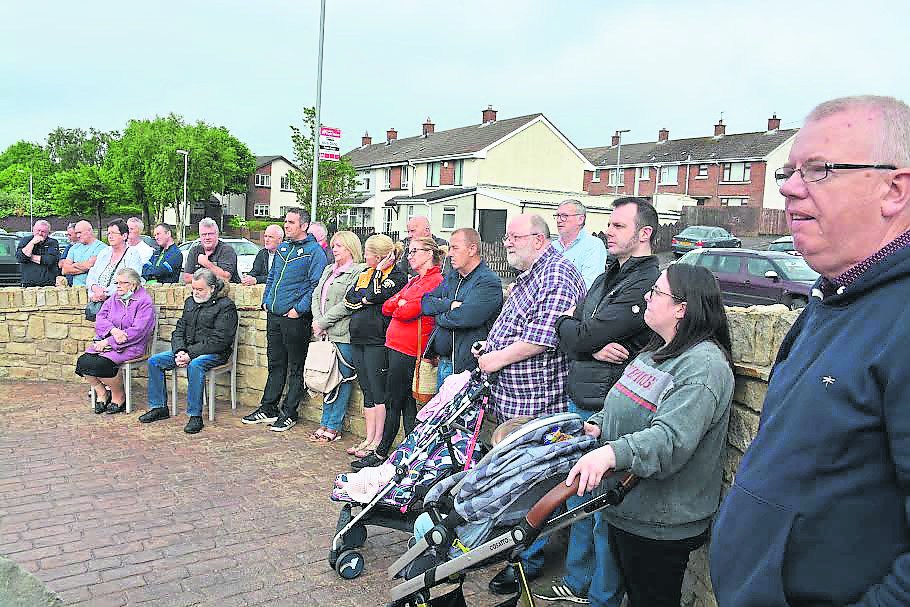 A section of the attendance at the event held at the Waterside Republican monument.

Speaking at the launch, Mr McCartney, who spent 53 days on hunger strike in 1980 - said the recent publications of memoirs from 'blanket' prisoners were the 'envy' of prison researchers such as those restoring Kilmainham Museum in Dublin since the publications were 'valuable' primary souces material from those who were part of the making of that history.

Copies of both books are available from Little Acorns or from www.pluid.ie