Protests took place in Derry, Portstewart and Belfast this evening. 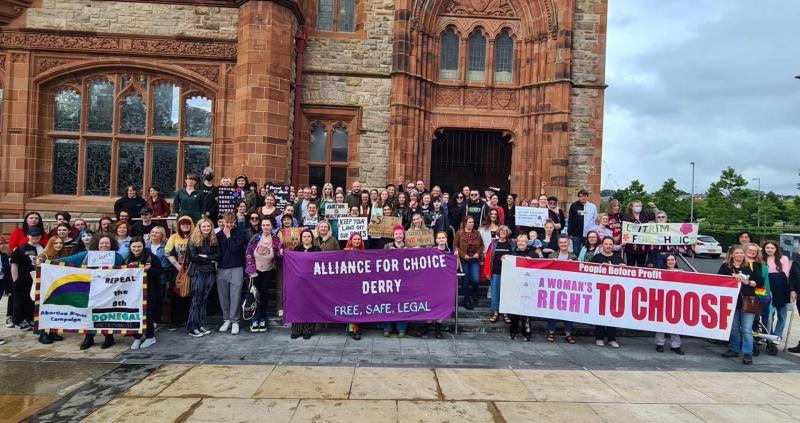 A series of pro-choice rallies have taken place in three Northern Ireland locations this evening as local activists responded to last week's overturning of a historic ruling on abortion rights in the USA.

Alliance for Choice held rallies in Derry, Portstewart and Belfast as part of a show of 'solidarity' to those affected by the US Supreme Court's decision to overturn the 1973 Roe v Wade ruling.

The move ruled in favour of Mississippi's ban on abortions after 15 weeks, effectively ending the constitutional right to an abortion for millions of US women.

Around half the states in the US are expected to introduce restrictions or bans on abortion as a result, with a number already passing 'trigger laws' to automatically outlaw the procedure. 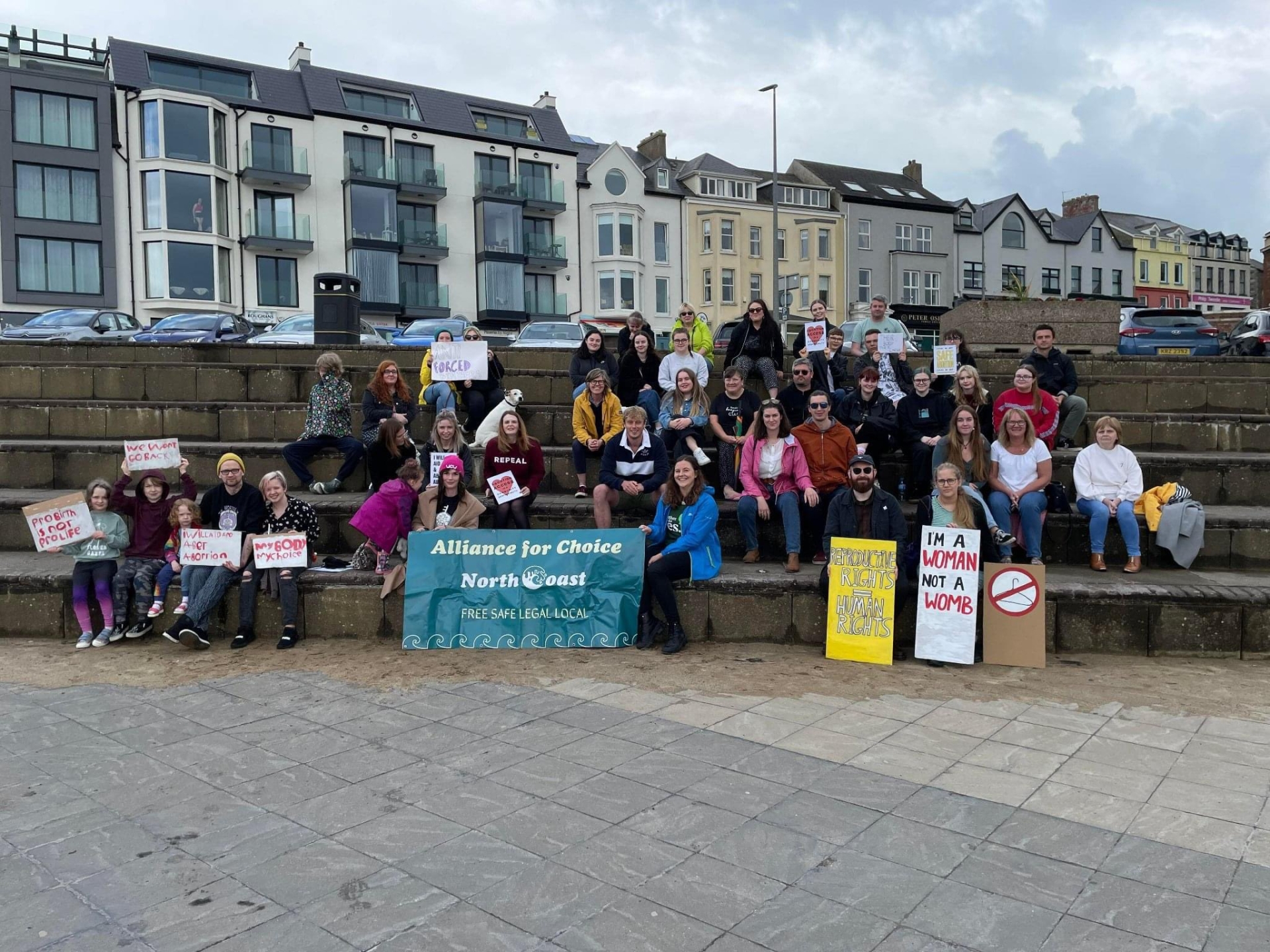 Activists also gathered at the Crescent, Portstewart this evening.

Local group Alliance for Choice said the rallies were organised to send solidarity to their 'siblings' in the US.

“Abortion rights are human, reproductive and community rights. We will not go back and we will not comply,” they said.

“We send solidarity to all our siblings in the US after the overturning of Roe v Wade. We do what is right. We in the North will always stand in this fight with you.

“Rallies are all over the north coast tonight to stand in solidarity with those in the US and everywhere who like us in NI are dealing with violations to our human rights.

“USA - Alliance for Choice Derry and the North Coast stand with you. Thank you so much for everyone who came tonight, when we need to take to the streets we do.

Great turnout in Portstewart this evening standing for the right of women everywhere to access modern compassionate healthcare.

Here in the north there is now a legal entitlement to abortion services - no more delays, these services need to be commissioned immediately! pic.twitter.com/zIeZopyBzg

East Derry MLA Caoimhe Archibald joined the crowd gathered at The Crescent, Portstewart this evening and praised those who attended.

“Great turnout in Portstewart this evening standing for the right of women everywhere to access modern compassionate healthcare,” she said.

“Here in the North there is now a legal entitlement to abortion services - no more delays, these services need to be commissioned immediately.”