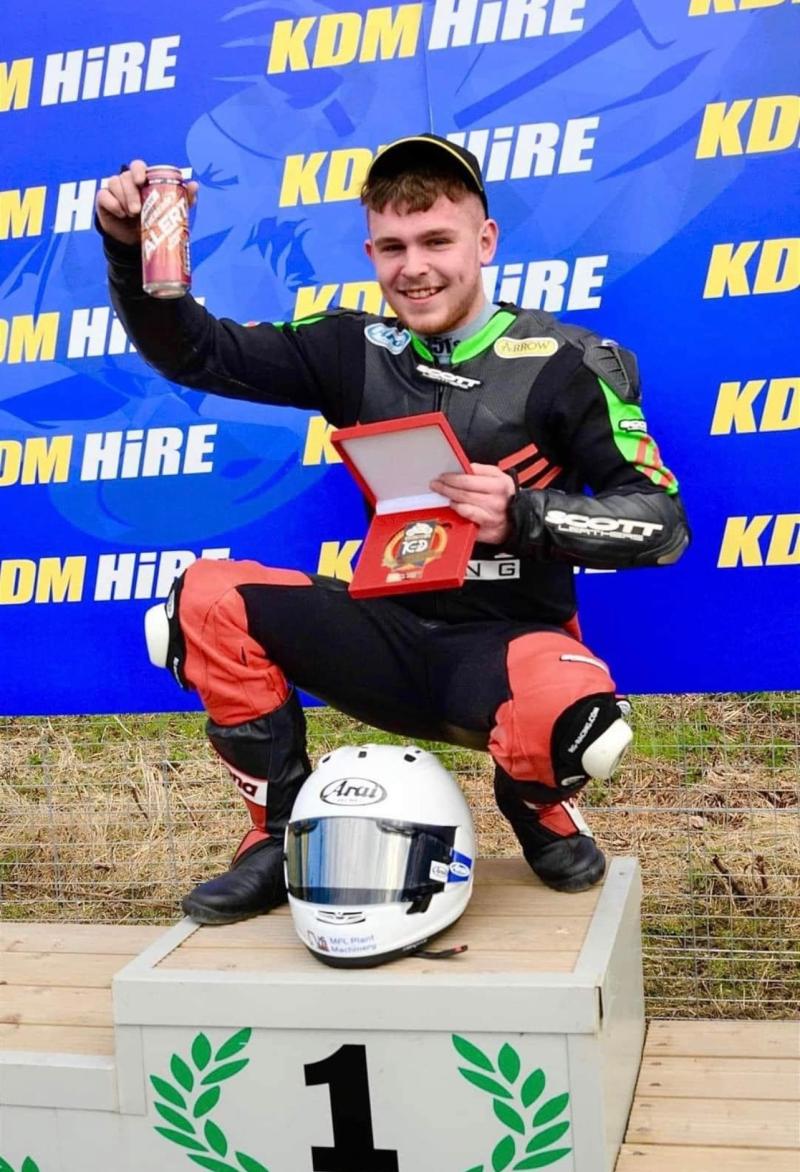 Jack Oliver passed away following an accident while competing in Kells road races on Sunday.

The father of a County Derry man who died at the weekend while taking part in Kells road races says he is 'totally broken'.

Limavady rider Jack Oliver passed away after coming off his Kawasaki motorbike during Sunday's Supersport race in County Meath.

Jack, who was described as an 'up and coming star', had earlier finished as the runner-up in the Junior Support race and 10th in the Senior Support event.

The meeting was abandoned after the fatal accident.

The 22 year-old's father Tommy spoke of his devastation in a post on social media on Sunday night.

“Always in my heart forever son. Love you forever. 'Til we meet again sidekick.”

In another poignant post on Facebook, Jack's partner Lucy Curran described him as her 'angel in the sky'.

Sharing a picture of them together, Lucy wrote: “Home is whenever I'm with you. I love you more than you will ever know. My angel in the sky.”

Jack's sister Emma said her heart was 'in pieces' following the tragic death of her 'best friend'.

“Please look after us all down here, you've took bits of us with you,” she wrote on Facebook.

“Fly high our hero, until we meet again. I love you.”

As news of Mr Oliver's death broke on Sunday, others took to social media to pay tribute.

Fellow racer Ben Crooks wrote: “The reason I had the opportunity to ride on track and fulfil my dream was because of you mate. Thanks for absolutely everything you have done for me. I will cherish them memories forever.

“You touched a lot of hearts young man. You were one in a million, I hope to do you proud.”