Derry screening of ‘The Life of Saint Columba’ at the Playhouse 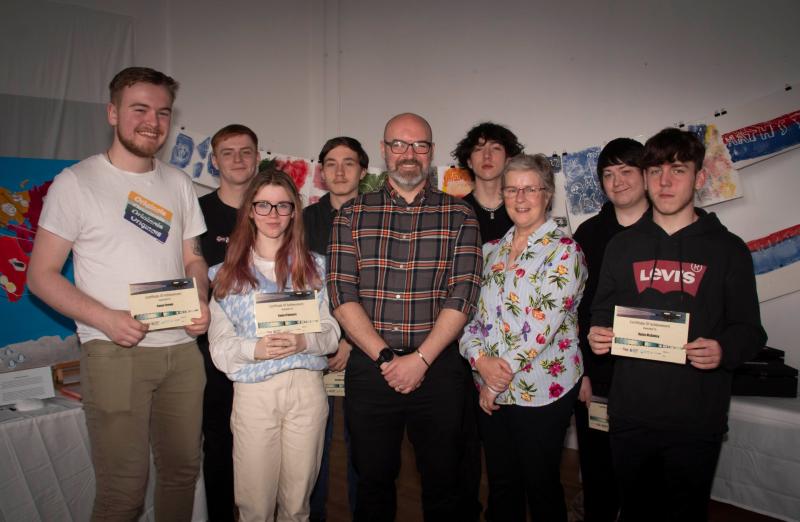 The Playhouse played host to the screening of the premiere of a short film on ‘The Life of Saint Columba’ with 85 local school children attending.

The film, starring children from Fountain, Nazareth House and Long Tower Primary Schools was recorded in December last year with the children participating in a celebrating common Christian heritage project funded by Department for Foreign Affairs and The Honourable The Irish Society.

The film was produced in collaboration with media students from NWRC (North West Regional College) who were participating in a The Executive Office funded project ‘Our City Our Story.’

Led by The Churches Trust’s youth development team, the play was recorded by the media students who then edited and produced the film ‘The Life of Saint Columba’. 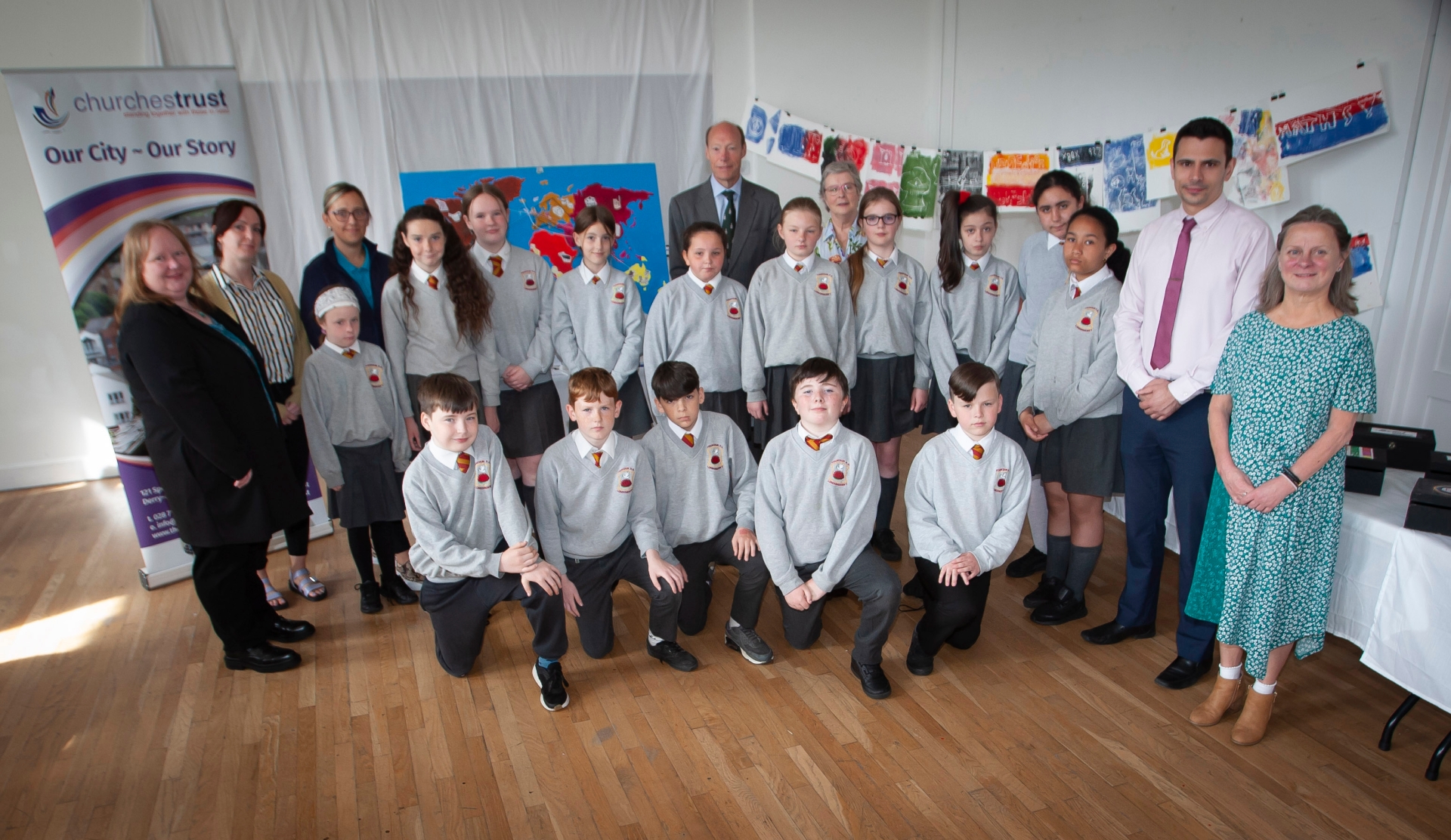 Pupils from Long Tower Primary School pictured at the Playhouse on Tuesday before the screening. Photos: Jim McCafferty Photography

The premiere was attended by almost 150 at the Playhouse Theatre and was part of a series of events, funded by the Community Relations Council, celebrating the work of the Churches Trust which ran in the prestigious venue until May 25.

The celebration events also included an exhibition and showcased of creative outputs of the Uniting Opportunities, Community of Homes projects, a personal development Good Relations themed project where young people build positive relationships and together address barriers to community participation. 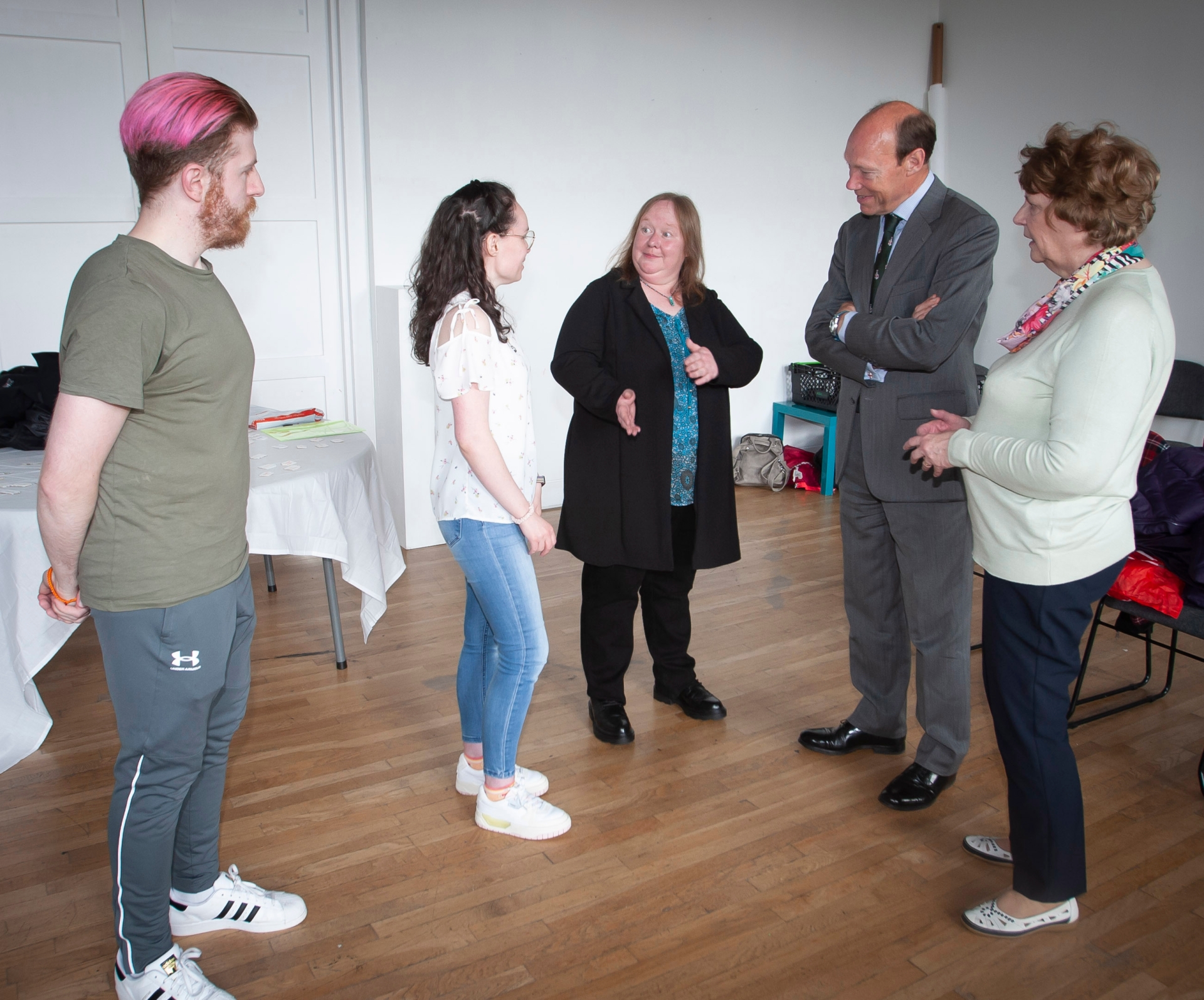 Edward Montgomery, The Honourable The Irish Society chatting to members of the Churches Trust.

Churches Trust youth worker Catherine Coyle said: “The event has been the culmination of a lot of hard work from local students – both in starring in the play and then the recording, editing and production of the film. The onus was on the students to get them to explore the diversity and commonalties within their city, challenge stereotypes and to tell the story of their city in exploring identity from multiple perspectives.’

Speaking at the Playhouse after the premier, Fiona Fagan, CEO, Churches Trust praised the excellent work of all who took part. ‘It was wonderful today to see the culmination of many months work on screen and it was a great success. The children are a credit to their schools for the professionalism and dedication they’ve shown throughout the project, and indeed, in such trying times. They should be very proud of what they brought to the screen today.’ 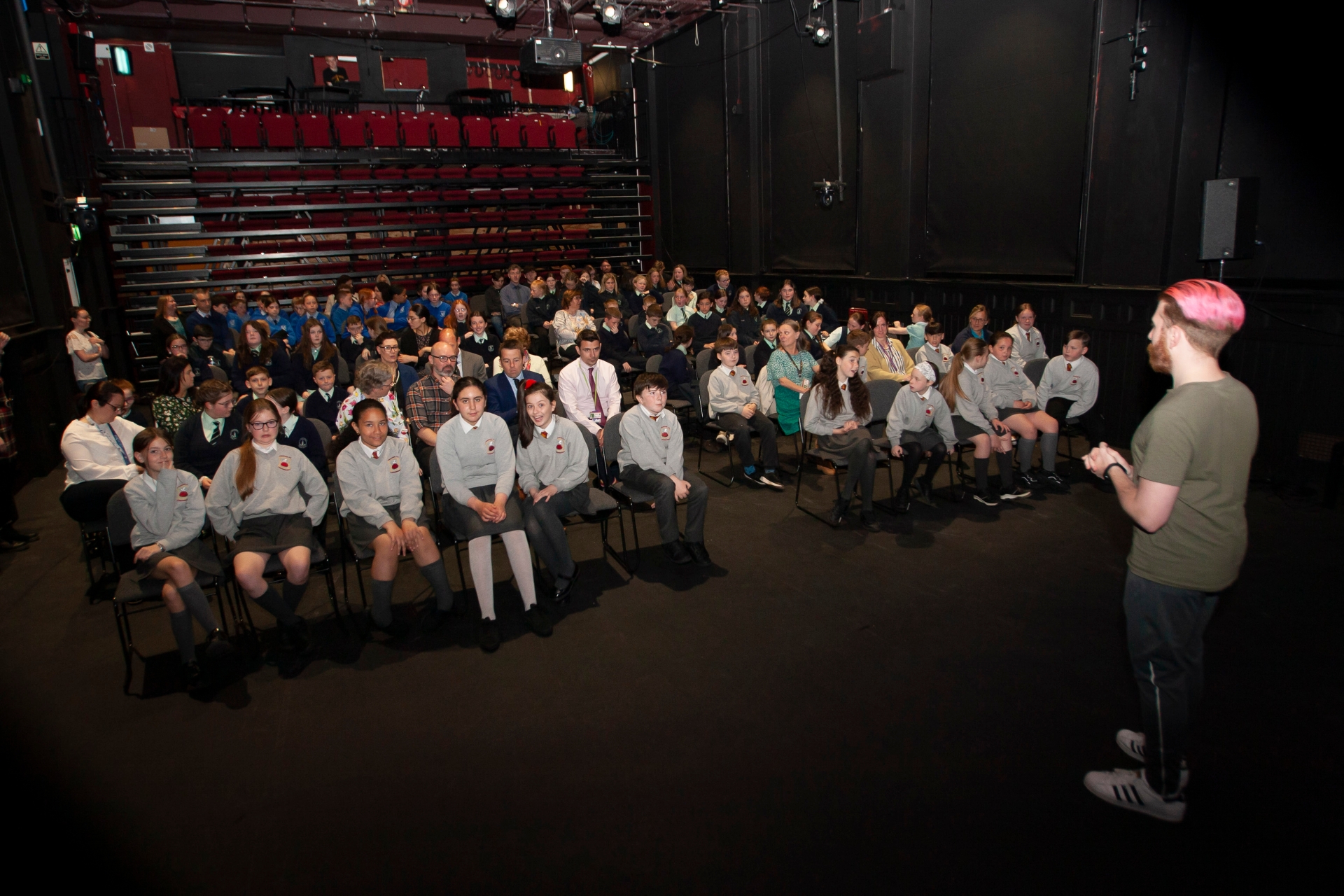 Schoolchildren from the three schools await the screening of ‘The Life of Saint Columba’ at the Playhouse.

Catherine Coyle also had praise for all who took part. ‘It was good to see so many happy faces at today’s screening.

“They did tremendously well especially after having to adapt through Covid.

“I would like to make special mention of our funders, who without their help the successful conclusion would not have happened – namely, The Executive Office, the Department for Foreign Affairs and The Honourable The Irish Society.’