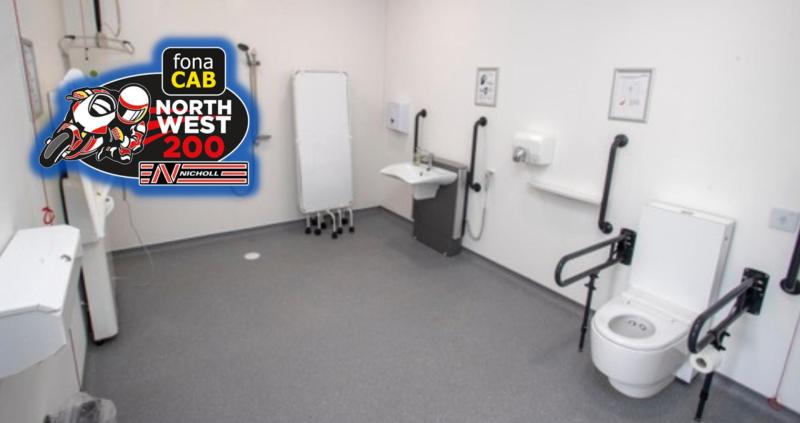 The event did not supply Changing Places facilities despite these being listed on their website as being available.

A formal complaint has been submitted to a local council over the lack of accessible toilet facilities available during the North West 200 festival in May.

Last month, the lack of appropriate toilet facilities for disabled people at the even prompted complaints from disability rights group The Mae Murray Foundation.

Advertised 'Changing Places' toilets – fitted with equipment to assist those with disabilities – were not in fact present at the event. 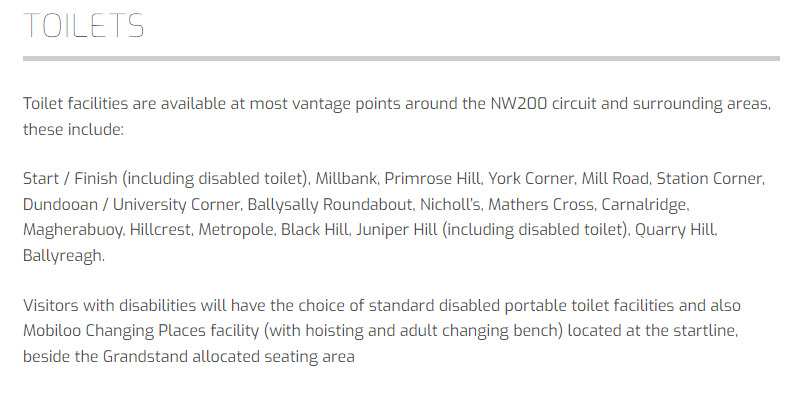 A screengrab from the NW200 website stating a Changing Places facility would be available.

The organisers cited budgetary issues and a lack of Stormont funding for the decision not to provide the facilities.

“The Changing Places facility was at the Rathlin Sound Maritime festival over the weekend, and it was prominent and easily accessible,” she said.

“It was my understanding that it was a criteria within the funding for the North West 200 that the funding had to be equality screened.

“If that's a criteria for receiving the funding, was that carried out?”

In response, a council official told members that a formal complaint had now been lodged in relation to the matter.

“Whilst the complaint is largely directed towards the North West 200, a formal complaint has now been submitted.

“It would be wrong for me to say anything until the investigation is carried out into any of the Council responsibilities on that.”

Causeway Coast and Glens Borough Council confirmed to Derry Now that a complaint had been received.

“A complaint has been received by Council in relation to the changing facilities at the recent NW200,” said a spokesperson.

“No further comment can be made on the matter while the complaint is being investigated.”