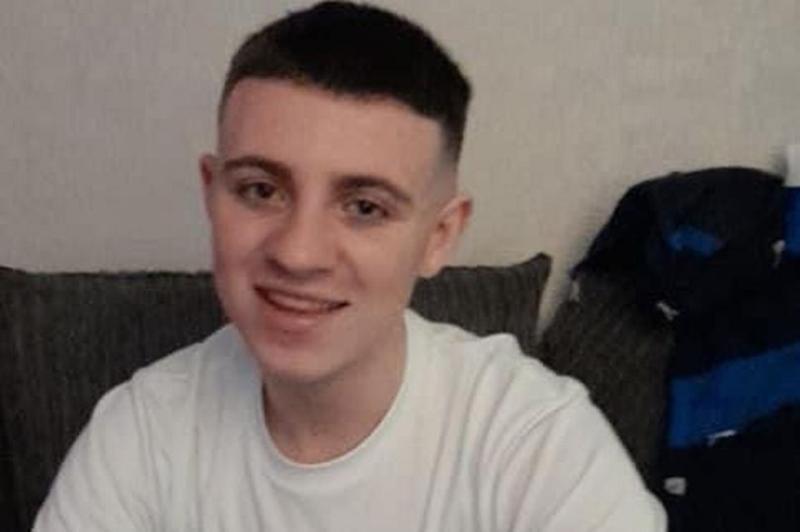 The family of a popular and much loved young Derry man who passed away suddenly a year ago are holding a memorial walk this Saturday to mark the first anniversary of his death.

Peter O'Hagan, from Shantallow, died suddenly on May 13 last year from SUDEP – Sudden Unexpected Death in Epilepsy – and since, his family have been determined to raise awareness and highlight the risks ever since.

The eldest of four children – his sisters being Sarah, Holly and Lily – Peter was diagnosed with epilepsy after a seizure just before Christmas 2019 when he was 17, and it had a huge impact on his life and his family.

He had been training to be a joiner, but that had to be put on hold for health and safety reasons, because he couldn’t use the machinery as a result of his seizures. As a result, he turned to train as a plasterer.

Sadly, Peter never got to celebrate his beloved little daughter Ayda’s first birthday, an event he had made preparations for, but which fell five days after he passed away.

His heartbroken parents, John and Orla, say the past year has been very difficult for them, his sisters and extended family and friends

John said: “ Peter was bubbly, outgoing and the life and soul of every party he ever went to – he loved dancing.”

To date, Peter's family have raised over £6,000 for the Epilepsy Action charity, the fundraising beginning with a walk held last year.

Orla said: “His friends wanted to do something to remember him. Initially, we thought just family and friends would take part and we were really surprised when over 100 people showed up.” 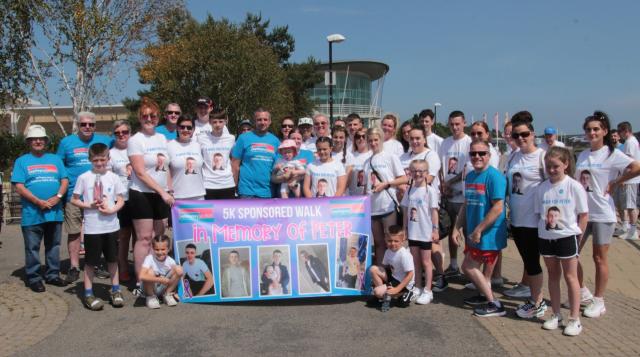 Some of the partiticipants in last year's walk in memory of Peter O'Hagan.

John stressed Saturday's walk is not a fundraiser.

He said: “It is in his memory. It will the last of the 'firsts,' - his birthday, Christmas – and now a year without him. There has been a hole in every gathering without him.

“It is not a fundraising walk but if anyone wants to make a donation they are very welcome to do so.”

Saturday's walk will leave Sainsbury's car park on Strand Road at 1.00pm and proceed via the Craigavon Bridge and Peace Bridge before returning to the car park.

Refreshments will be available afters in the Delacroix on Buncrana Road.