The Bellaghy singer is set to round off her pre-show tour in front of a home crowd. 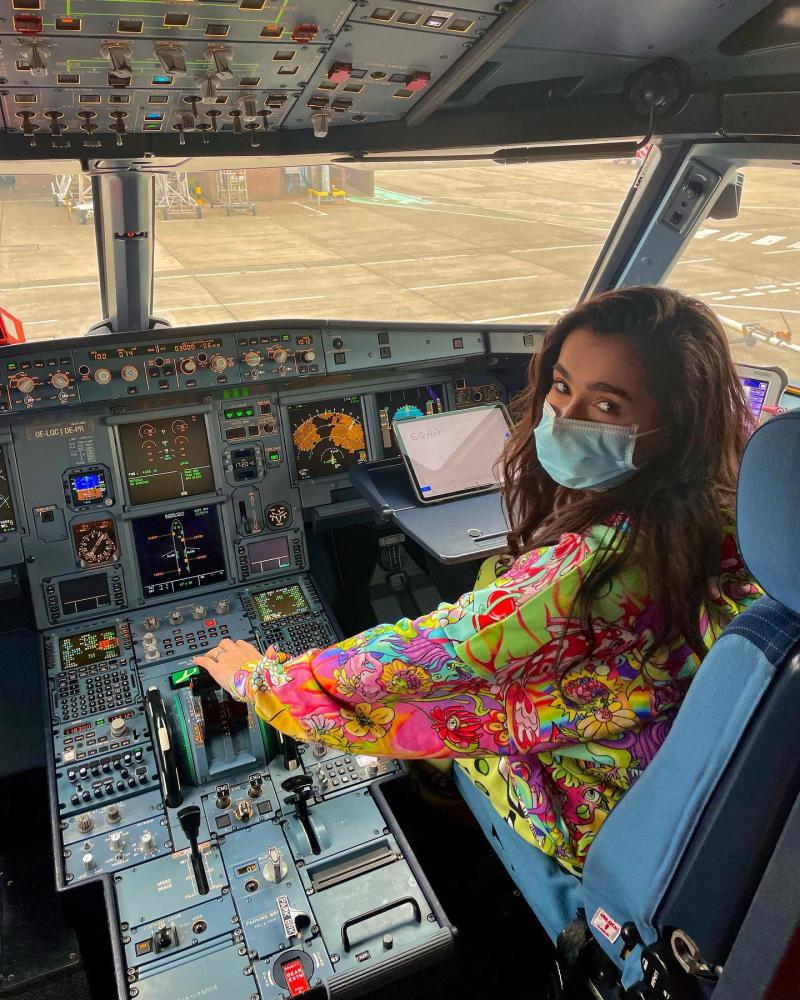 Brooke in the cockpit of her homeward flight last week.

County Derry singer Brooke Scullion has used a trip home to 'recharge the batteries' as she continues her preparation to represent Ireland at this year's Eurovision Song Contest in Turin.

The Bellaghy performer rounds off her pre-show tour with an appearance at Belfast's Kremlin Nightclub tonight and the 'That's Rich' singer will be hoping to make the most of the gig before head out to Italy next weekend to begin the serious build-up to her Eurovision Semi Final on May 12.

"So many people are going tonight. I think it's going to be really good to get a home crowd, because that is the scariest," she told Derry Now.

"It's nice to get home; I slept the whole time and it's been nice to be able to recharge and get ready to go again.

"As soon as I get to Italy, the next day will be my sound check. It'll be the first time on the big stage and it's going to go like a flash. I just need to be ready to enjoy every second."

You only get out what you put in, and Brooke has been putting in the work around the roads and lanes of her home town, singing while running to build her stamina for stage performance.

"It's an awful way to train because I hate running, but it's the best way to work on singing on a short breath," she said.

"It's so hard, but it's literally what I've been told by my vocal coach and choreographer, that it's just what I have to do. It is the way you have to train. If you watch Pink's documentary, she sings her whole show on a treadmill.

"I'm screaming at the top of my lungs and people are driving by, beeping the horn or laughing, but I think they know why I'm doing it, so it's okay."

Brooke is performing at the Kremlin Nightclub in Belfast tonight (Friday April 22) with doors opening at 9.00pm.

The Bellaghy woman has been performing across Europe recently.
ADVERTISEMENT - CONTINUE READING BELOW