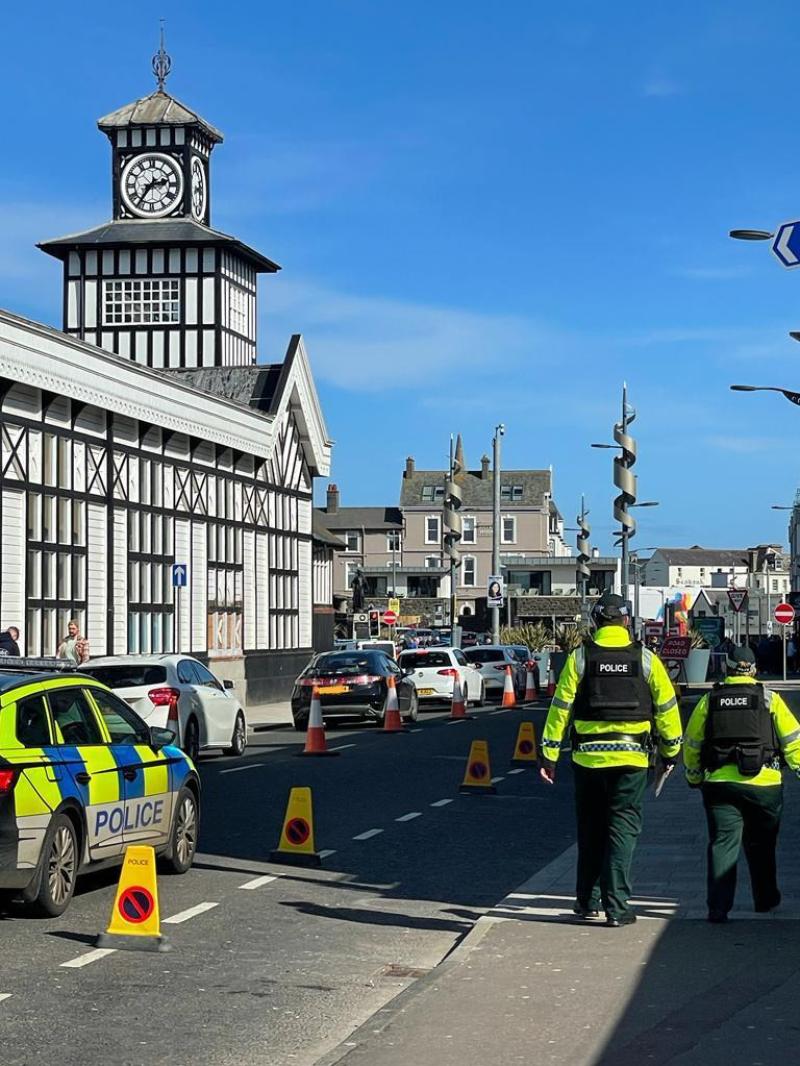 Police were out in Portrush over the weekend.

Five people were arrested and over 100 fixed penalty notices issued as crowds converged on the north coast towns of Portstewart and Portrush over the Easter weekend.

Last week, plans to deal with the increased volume of traffic were outlined to local councillors, with police putting traffic management schemes in place over the weekend.

However, reports of anti-social behaviour, drinking and fighting in the streets meant a number of local businesses were forced to shut.

Police had issued warnings on Easter Sunday afternoon suggesting that if it was not necessary for people to travel to the area then they should 'think again'.

On Monday, they issued an appeal for witnesses to an assault close to the RNLI hut on West Strand in Portrush, in which damage was also caused to the hut.

"Police are appealing for witnesses to an assault on a male that occurred within the vicinity of the RNLI hut on West strand, Portrush at approximately 7pm," said a spokesperson.

"During the incident damage was also cause the lifeguard hut.

"We are particularly interested in any mobile phone footage that may have been recorded.

A number of measures have been put in place to deal with the increased numbers.

Last night, police issued a further statement informing the public that they had arrested five people and issued over 140 fixed penalty notices over the course of the weekend.

"With so many people trying to get in and out of Portrush, police were managing traffic to minimise disruption and ensure the safety of the public," said a PSNI spokesperson.

"By way of update on the police operation, over Easter Sunday and Easter Monday, there were five arrests for public order offences including disorderly behaviour, common assault and assault on police.

"To date, 34 vehicles were examined, with 20 of those vehicles issued with an immediate prohibition. This means the vehicle was not roadworthy and not permitted to continue on the road.

"The drivers of over 140 vehicles were issued with fixed penalty notices for a range of motoring offences including excess speed, mobile phone and anti-social driving."

Inspector O'Brien said they were grateful for 'the support of residents, businesses and visitors'.

"We are very much part of the community here on the North Coast and it is in our interests to ensure that our towns are safe and vibrant areas for people to live, work and visit," he added.

The 44-year-old appeared via video link charged with a number of firearms offences.