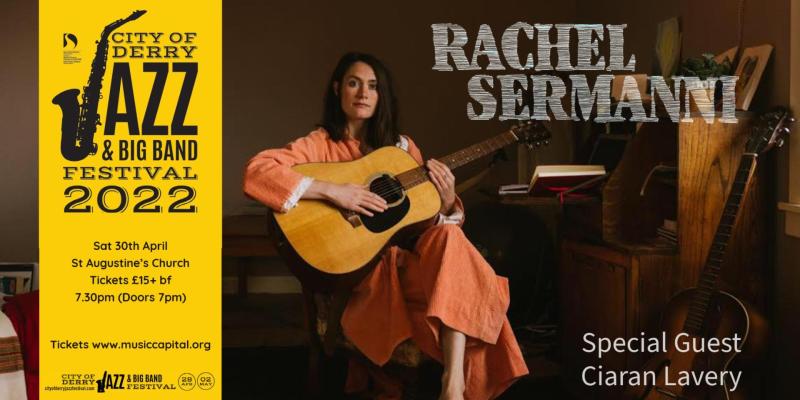 Us Celts certainly are a talented bunch.

History is filled with brilliant Irish and Scottish musical artists, from legends such as Thin Lizzy, The Wolfe Tones and three original members of AC/DC (the Young brothers and Bon Scott were all born in Scotland) to modern stars like Saint Sister, Amy MacDonald and Fontaines D.C., we’ve given the world some of the best. Between our two countries, we’re responsible for some of the biggest names in music history (even the Beatles have plenty of Irish connections).

This week I’m talking to one such wonderful Celt, Rachel Sermanni, a folk singer from Carrbridge, Scotland who’s playing St. Augustine's here in the city in April.

Rachel Sermanni is no stranger to our fine town, having previously been a part of the ‘Making of a Single’ bootcamp in the Nerve Centre a few years ago.

This was a forty eight hour event that featured talks from songwriter Paul Steel, photographer Carrie Davenport and video extraordinaire Darren Lee. The main part of this two day event, though, was the actual making of the song.

This involved showing the students attending, the entire process of writing and producing a single, from composition to music video, all in the space of twenty-four hours. The song, ‘The Watershed’, was done with Rams’ Pocket Radio and can be found on YouTube. Of course, doing all of this in a day wasn’t easy but Rachel described it as a “real fun challenge” and the results were certainly worth it. Songs written quickly usually go one of two ways.

They can be classics that will be passed down and beloved by generations (Black Sabbath’s ‘Paranoid’, Oasis’s ‘Supersonic’, Lorde’s Royals, all written in half an hour or less) or they can be abominations that make you want to tear your own ears off just to stop this horrible agony you’re experiencing (Sam Smith’s God-awful Bond song ‘Writing’s On The Wall’). Thankfully ‘The Watershed’ falls into the former category.

Since 2011 Rachel has released a number of EPs and albums and has a new EP, ‘Every Swimming Pool Runs to the Sea’, coming this year. Her new music, she says, focuses on “the act of writing songs and how lovely that feels”.

She calls it a “joyous affair” as she celebrates the feeling of writing again after the birth of her daughter and a considerable writing drought.

This upcoming tour is her first time headlining in Ireland post Lockdown and follows a UK tour last November. Unfortunately, that tour ended with Rachel catching COVID so hopefully this one will have a better conclusion (it’s closing in Derry. Let’s be honest, you really can’t top that). Last year, as well as her solo tour, Rachel opened for Mick Flannery and Susan O’Neill on their tour promoting their album ‘In The Game’.

Rachel says she loves playing in Ireland and she has quite a few Irish connections. With family in Donegal and ancestry tracing back here too, she says she fee

ls a “strong connection to the land”. One of the things she tells me she respects too is how music and art are highly appreciated here. We tend to hold our artists in high esteem (Some of them make it hard though. I’m looking at you Bono and Bob Geldof!).

As well as this, she told me about some of the current Irish stars she’s enjoying at the minute, mentioning specifically Saint Sister and Rachael LaVelle as two that stand out.

During our conversation we spoke about how this is something of a Golden Age for Irish music, with so many brilliant bands coming up and making an impact on the world stage. We spoke of groups like Ye Vagabonds and others that are advocates for art in this country.

Rachel is acclaimed for her live shows, having played with artists such as Mumford and Sons, Elvis Costello and Rumer throughout her career. Her show in St. Augustines is sure to be one to see.

The combination of her music and the choice of venue will, I’m sure, make for a magical night that won’t soon be forgotten by those in attendance. 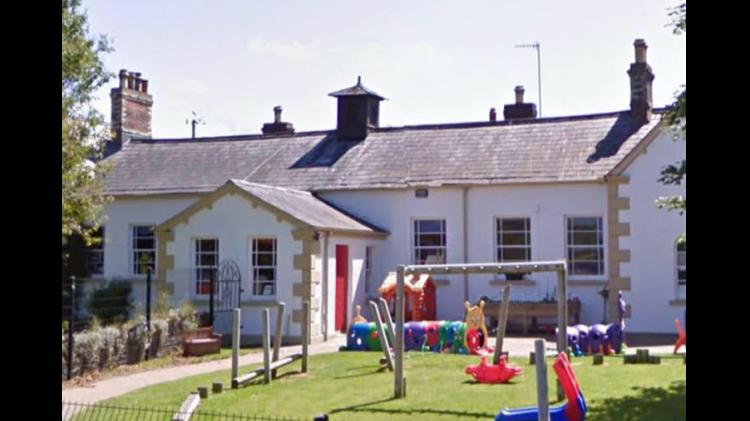