The former Mid Ulster MLA has said local people are fearful using the footway at night. 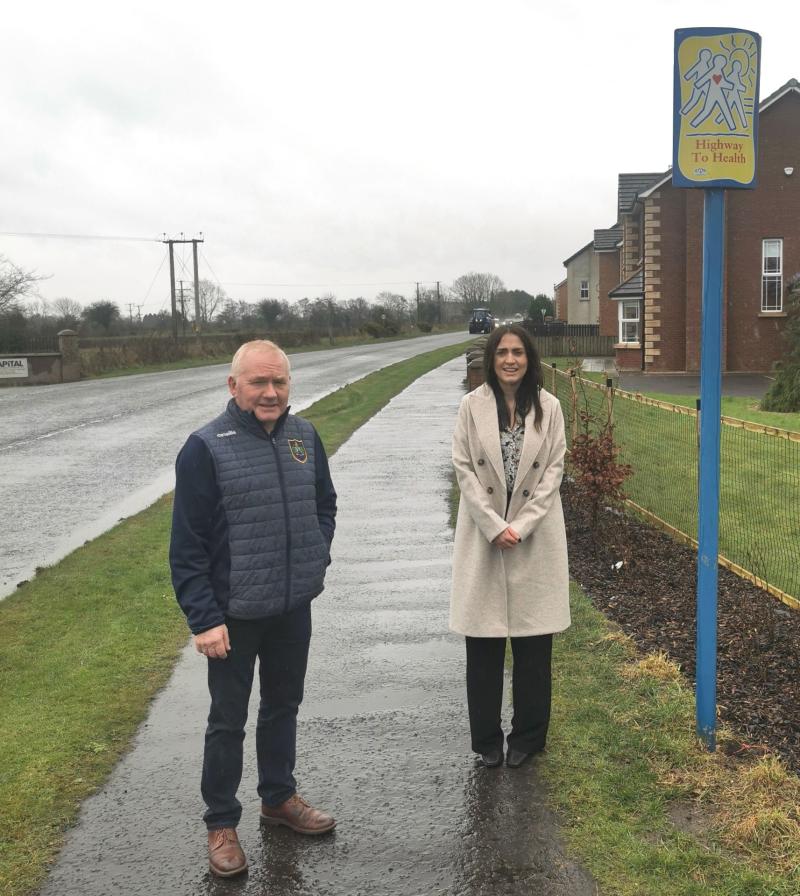 A local Sinn Féin representative has called for lighting on a popular County Derry footway.

Emma Sheerin, a candidate for the forthcoming Assembly Elections in Mid Ulster, has been campaigning with local residents and Cllr Brian McGuigan to light the footway completely on the Crewe Road and onto the Station Road in Maghera.

The completed footway, which has bridged the ‘missing link’ on the Crewe Road, has proved to be a major community asset with multiple users benefiting from the network extension.

Ms Sheerin told the County Derry Post that residents felt the route was not safe at night.

“Along with my party colleague Councillor Brian McGuigan we have been approached by many constituents who have real concerns that the severe lack of lighting along this populated ‘Highway to Health’ route is unsafe after dusk,” she said.

“The Crewe Road, promoted as an alternative route off the A29 Coleraine Road to Cookstown avoiding Maghera town centre, is used by heavy articulated vehicles daily. It is an area that is subject to continuous populated housing developments and requires adequate street-lighting immediately. People should feel safe walking in their community.”

“I have received messages from women that unfortunately this is not the case along this popular but unlit route, notably from October to April where the hours of darkness are longer.

“Local people using the path do not feel safe and this is not good enough.”

Ms Sheerin said a lack of maintenance budget was hindering the installation of new lighting.

“The majority of the carriageway is covered by the Department for Infrastructure Urban Policy and would qualify for the provision of street-lighting,” she said.

“However, due to a lack of maintenance budget for the upkeep of infrastructure the department has not been installing any new extension of the existing lighted network for a number of years.

"I fully support and will continue to promote the residents demands for full implementation of street-lighting along this populated route.

“I will continue to campaign for a better and safer environment for all the residents and users of this ‘Highway to Health’ footway along the Crewe Road.”

Councillors to dip into their own pockets for charity event

Correspondence had asked Council to consider taking a table at the event.
ADVERTISEMENT - CONTINUE READING BELOW