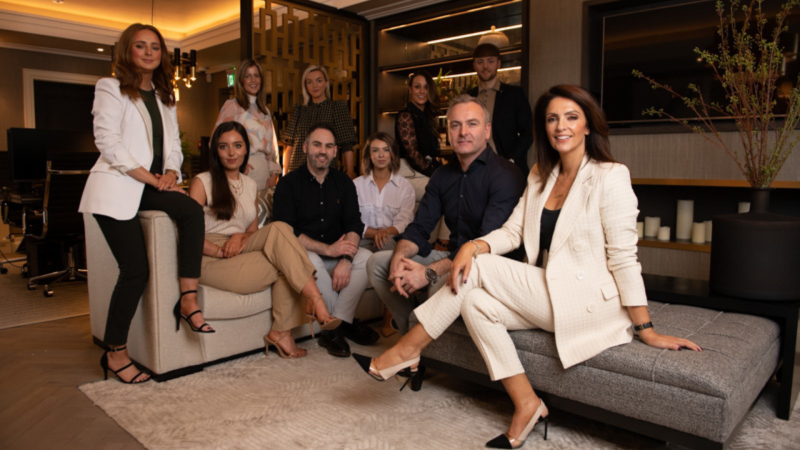 Shauna's business has come a long way since she opened a small unit on Broad Street during the recession of the late 2000s.

As part of our Women in Business feature for International Women's Day, Liam Tunney talks to Magherafelt-based interior designer Shauna Kelly about her creative spark, expanding her business and the pull of home.

When Shauna Kelly returned home from studying and working in England, jobs in interior design were few and far between.

The practice of having someone else design your home, although popular in other parts of the globe – had not yet found its place in Mid Ulster.

Almost two decades later, she herself employs half a dozen interior designers and has worked on projects across Ireland and further afield.

A native of Brocagh, County Tyrone, it was the potent mix of determination and serendipity that led to her finding a home for her business in Magherafelt.

After studying fashion design in York and working for Marks & Spencer in London, she found herself back home and at a loose end.

“I came home from London and I had no work for a long time, and I was pulling my hair out,” she told the County Derry Post.

“So I rang round all the different boutiques, clothes shops, furniture stores and asked would they let me in to do their window dressing for them.

“I'd go through the Yellow Pages, ringing every local boutique or store and say 'please give me a chance to make your product look really good'.

“I went in and did their windows and that moved on to me having my own business going round Northern Ireland doing people's windows for them.

“I did the furniture stores' indoor displays, and that led to me working with fabrics, furniture and I got a passion for that.

“Then Kennedy's Furniture Store in Magherafelt asked me to come and open a sideline within their store doing interior design.

“That snowballed into me moving into this field and I've been here ever since, I suppose.”

Kennedy's, however, became another victim of the recession that gripped the globe in the late 2000s and turned the Celtic Tiger from success story to cautionary tale. 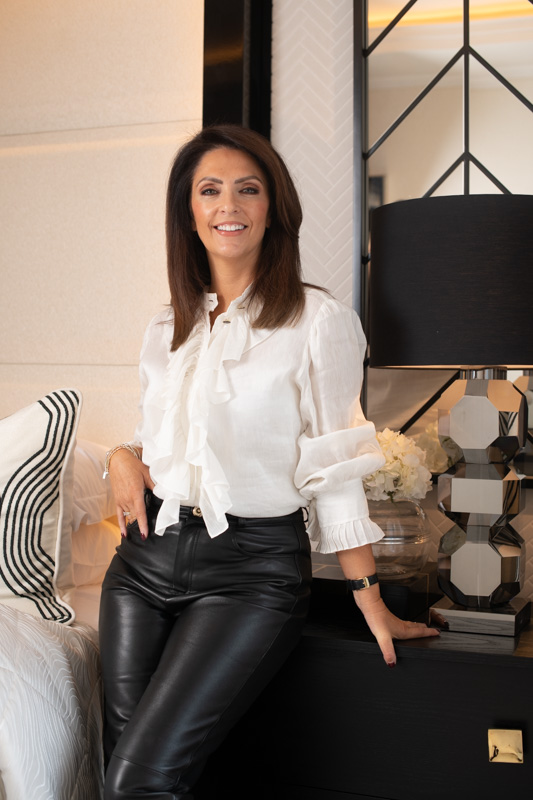 Shauna Kelly runs Shauna Kelly Interiors from its base in Magherafelt while taking on projects across Europe.

When the store closed, Shauna made the brave decision to launch her own interior design business amid a market with an uncertain future, and Shauna Kelly Interiors was born.

“I rented a tiny, small place on Broad Street and got started by myself in there, selling wallpaper and curtains, bits and pieces like that,” said the mother-of-two.

“I did that for about two or three years with one other girl, and things started to get busy, so I decided to go bigger.

“I bought a house here in Magherafelt and decided to do it up as a showroom, so clients could visualise how their own house would look like.

“My husband came on board as well, and we did the place up, completely gutted it and started by appointment only, so you could give the client one-to-one attention.

“Then, I got onto social media, and Instagram particularly. Within a few years, we have 100,000 followers and we've moved into southern Ireland as well.

“Staying in Northern Ireland is just not enough if you want to have a bigger business. I have six or seven interior designers working for me now.”

With an average of eight or nine new-builds per month, the company take projects from architectural drawings right through to the finished article.

They design all their own furniture in-house, work on architectural layout and floor selections to give their clients as much control as possible. 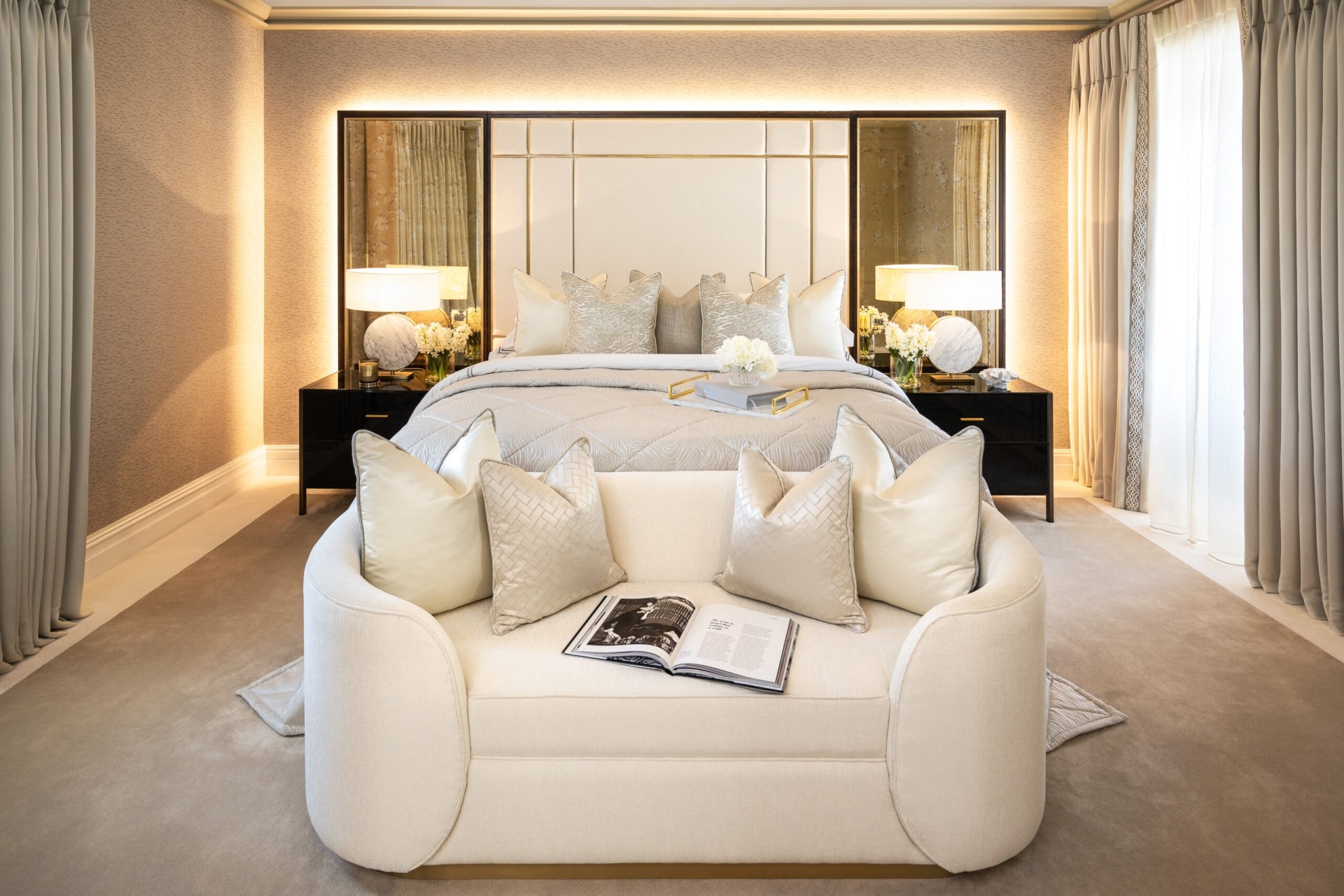 With the work coming thick and fast, does Shauna take any time to reflect on her journey?

“I'm going that fast at the minute, that I don't,” she said.

“Sometimes when I'm on my own, I look at it and just think 'wow, that's grown quickly', especially with the social media.

“It's just gone really quickly in the last two years; it's ramped up unbelievably, and I think that's due to the Southern market as well.

“We're doing work in Spain as well. A lot of our clients have holiday homes in the Marbella area, so we have projects on our there at the minute also.

“I'm really excited about getting into that market out there. We are doing two full villas out there, and I've also bought my own place out there; so at the minute, I'm loving life.”

Making the business work and flourish from her homeland is something that is important to Shauna, who always saw herself returning to Ireland, but she doesn't entertain limits on her scope.

“I love going in and out of the city, but I didn't want to live there. I wanted to have a family and get married, and have my own home here as well,” she said.

“I never probably thought the business would be as big as what it is now. I wanted to come home and get work for myself, and I knew it would probably just be me and another girl.

“What I have now can't fit just in Northern Ireland, you have to go a bit more global. You need to be travelling to England, or be able to go to Spain at the drop of a hat. You need to be prepared to do that. 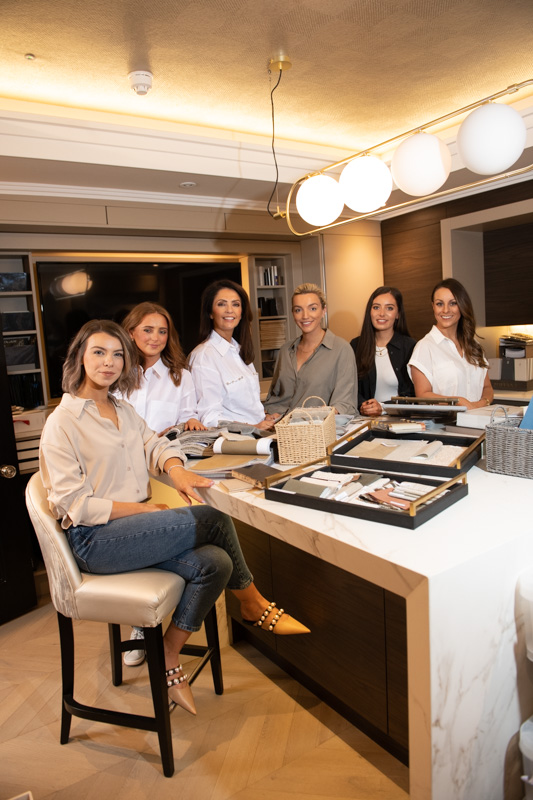 Now providing half a dozen jobs in interior design, Shauna is providing the creative jobs that just weren't there when she moved home.

“It can be done, but you have to be determined to get up and go, and travel. To get up early in the morning to be in Dublin for 9 o'clock putting the hard work in.”

Enthusiasm for her work has remained feverish over the years, and her excitement for the future of both herself, and other women in business, is clear.

“Women are standing up more and being seen more now, especially through social media. It gives women especially a really good platform to showcase what they can do,” she said.

“I think that's becoming more prevalent with all the influencers, you can see women out there making loads of money through social media.

“Social media helps me immensely in what I do; I wouldn't be where I am without it. In the creative industry, it's an excellent tool.

“I'd advise people to familiarise themselves with it and work at it. If you're doing something you're passionate about, that will come from within without trying.”

Nowadays, within Mid Ulster and Ireland as a whole, interior design is much more popular. If Shauna had arrived home from England this year, she would find a much more diverse business landscape.

“In the last three or four years, there is more of a demand for interior designers; people are using them,” she said.

“Maybe years ago, it was seen as too expensive to bring in an interior designer, but it's not the case. Everything you see on social media is our own work, it's behind the scenes of what we do.

“Through seeing what we do, people are seeing that it's more accessible, and I can see a lot of young girls watching what we do and going out on their own and doing it, which is lovely to see.”

The thrill of handing over the keys to someone's beautifully designed house is the warm glow that, for her, underlines the benefit of what Shauna does.

“It's a very rewarding industry, especially when you're handing over the keys to someone's house and everything is sitting beautifully,” she said.

“To see them walking into a property like that, I've been in tears on numerous occasions. It's so rewarding.

“When you do something you love, your passion will shine through,” she added.

A five-year-old local girl has also sent a card to those suffering.