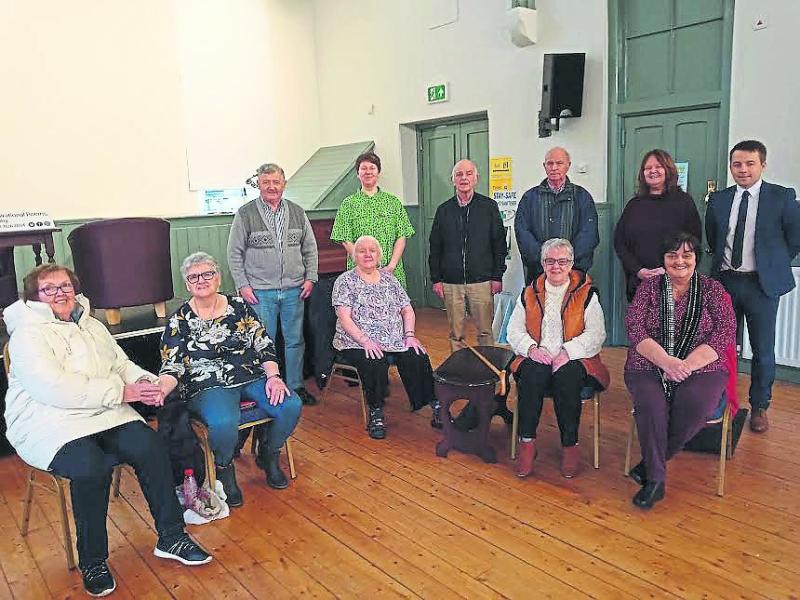 Members of the Cathedral Voices club.

St Eugene's Cathedral Hall was the venue for the 'Cathedral Voices' sessions, which has brought people together every Thursday to enjoy singing and craic.

The project, overseen by the St Eugene's Cathedral Derry Diocese, is led by music facilitator Margarette McNamee, who explained the underlying principles of the project. She said: "We wanted to create an environment where people with dementia are treated with respect, as adults rather than children.

"It's said listening is the first ability you get and the last you ever lose, so from that perspective music is the perfect medium for people with this condition.

"Music taps into so many things. Songs from the past instantly summon up memory and reminiscing, and the vocal exercises we do can also improve cognitive skills – music is the unspoken communicator that all of us can understand."

The singing club is not just for those affected by dementia, but for older members of the community who have been impacted by the devastating social isolation brought about by the Covid pandemic over the last two years.

Margarette said: “It was an opportunity to bring people back out again. There is a great social aspect to the club; the people that come here know this is a safe, confidential space where they can talk freely about anything and where they can also have a bit of craic.

“This is a singing club, but there’s always a lot of laughter too - it’s not a good session if there hasn’t been a debate on which mince makes the best stew!”

Brothers  Brian and Michael Walker have been regular attenders since the club started up last November.

Brian said: “We’ve been singing all our lives, either in the feis or in choirs.

"This club is great and it gets you out of the house. Singing would be the main attraction, but the craic is always good too."

"Margarette is very enthusiastic and makes it very enjoyable,” added Brian’s brother Michael. “She is aware of the different capabilities and is able to reach out to everyone."

Sadly, the curtain came down on this pilot scheme last Thursday, but Emmet Thompson, pastoral coordinator of St Eugene’s and Long Tower, said he was hopeful ‘Cathedral Voices’ would return in the near future.

He said: “It has been a huge success. We've had a healthy attendance at all the sessions and the feedback from those taking part has been so positive. Music and singing brings people together in so many different ways.

“The pandemic has been hugely challenging, not only to those living with dementia but to older people in general, so it has been really lovely to see people getting together again and enjoying the vital social interaction that was denied to them for so long.

“I'd like to take this opportunity to thank our funders, the Public Health Agency and CLEAR, whose support has made this project possible.

"Fingers crossed we will be in a position to get this fantastic project going again soon.”