The exhibition is currently on show at Roe Valley Arts & Cultural Centre. 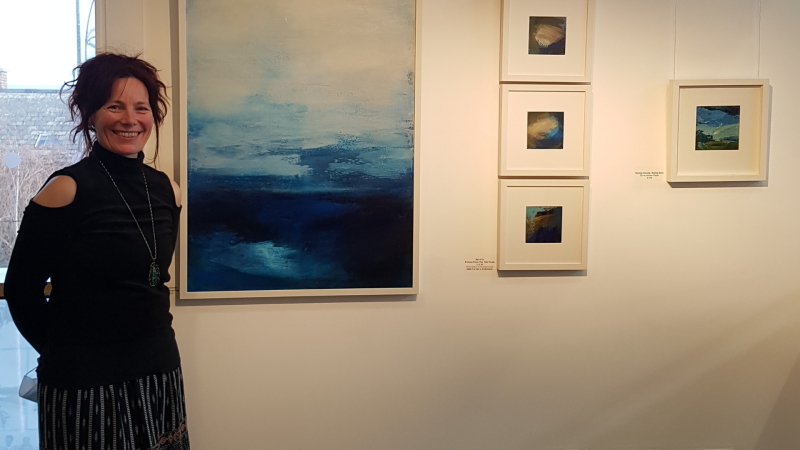 Rikki-Louise van den Berg at the exhibition of her work in Limavady.

The artist behind a thought-provoking new art exhibition in County Derry has revealed how the work provides an insight into her journey through lockdown.

The exhibition is split into two parts, the second of which being her 'Sketchbook Series' work, which the Dutch-born artists says allows those viewing it a window into her lockdown experience.

“Everything was shut, cancelled, so there was this time when we didn't know what we were looking at; a time of anxiety and obviously no work,” she told the County Derry Post.

“I made a promise that every day, I'd go in – even just for ten minutes – and do a quick sketch, and this is what happened.

“These are 10-20 minute sketches, very much based on memories and experiences of being in the water, by the water and out for hikes and walks.

“I never intended to make a hundred of them, but I picked it up again during the second and third lockdown and ended up with around a hundred sketches.

“It's not that people wanted a keepsake of the dark times, but it was more a keepsake of hope, which comes out through the exhibition as well.” 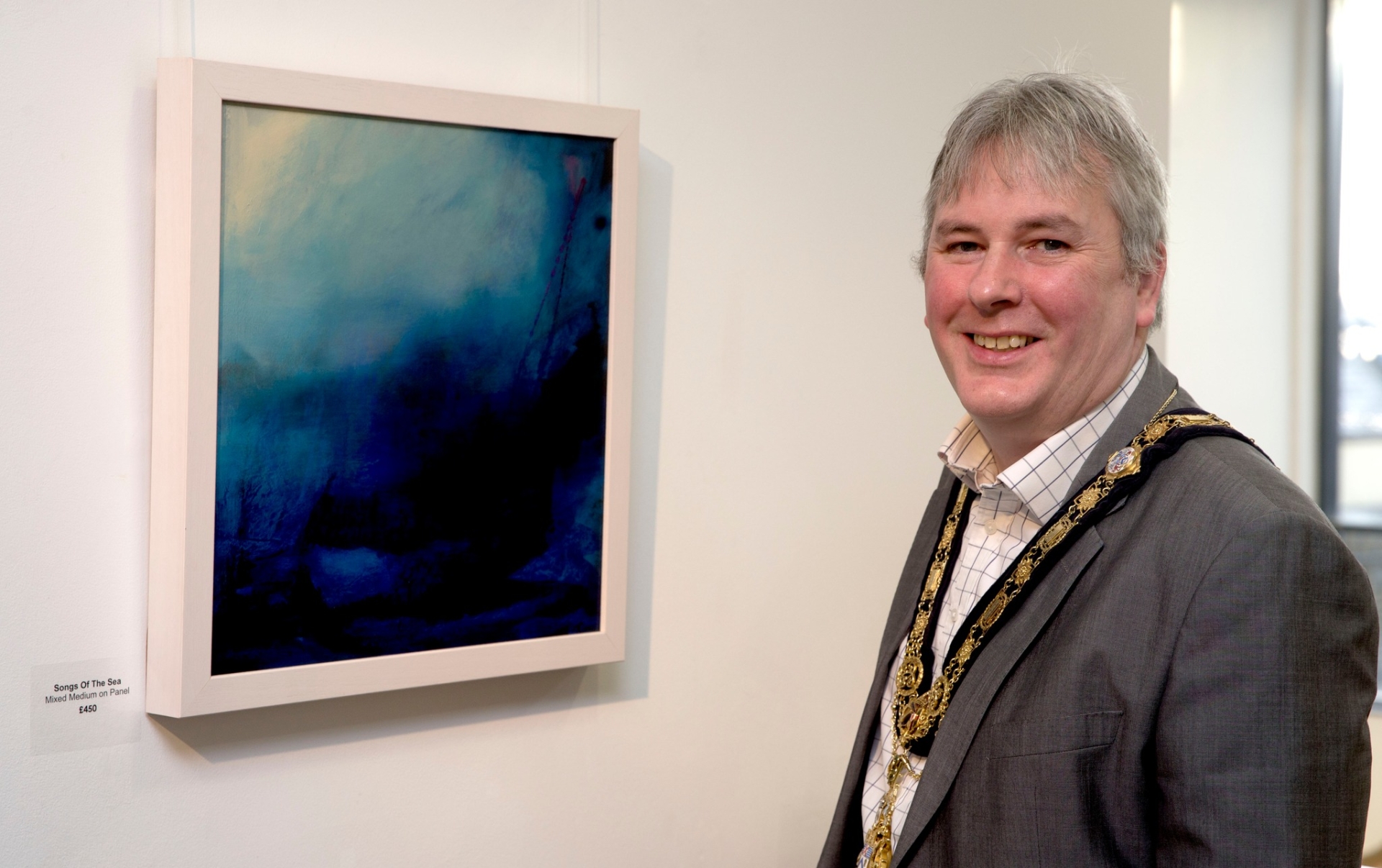 Van den Berg has settled in Inishowen, along the north Donegal coast from which she draws inspiration for her work.

The sea has always formed an integral part of her life.

“Half of Holland is below sea level, but we would have lived close enough and I was always passionate about water sports. It's part of who I am,” she said.

“When I moved back to Ireland 25 years ago, my vision was to live by the sea, possibly because my parents would have taken us on camping trips to the coast.

“They purchased a very old cottage near Westport, so we spent all our summers practically on the coast. You can never foretell what you get attached to, but that's where my love for the sea came from.

“My aim was to go back to Westport, Achill Island, but I landed in Cavan and stayed there for just over 20 years.

“So I took the plunge, left Cavan behind me and moved to Donegal. I'm finally living by the coast. I swim in it a couple of times a week.

“I'm an active body boarder with the kids, and even when we lived in Cavan, we did that, we used to go to Sligo. So I've spent a lot of time in and around the sea. I just love it.” 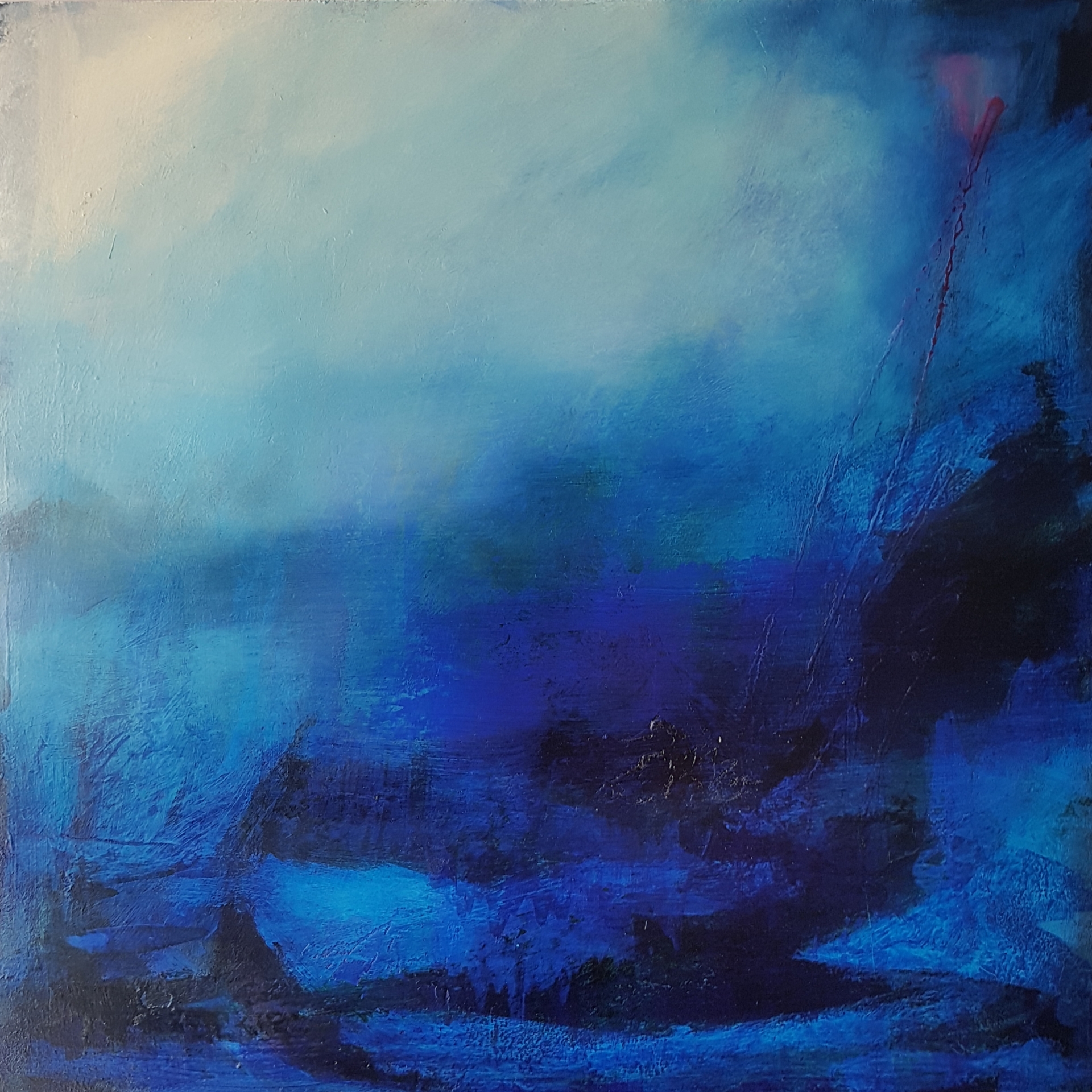 A piece from the Songs of the Sea exhibition.

Exploring the north coast along County Derry is something to which Rikki-Louise has given some thought.

“I haven't explored enough of it, but it's definitely on my to-do list because that whole coastline is very, very inviting.

“It's quite unique, so I need to explore that a bit more. I was chatting to my son the other day and he said he'd never been on a train.

“That's something that we need to do – a day trip from Derry along the coast.”

Despite the dearth of opportunities caused by the Covid-19 pandemic, Van den Berg feels the arts will emerge from this period in a stronger position.

“Art in general has maybe become stronger, if you look at the music that has been created through the pandemic,” she said.

“I think the next few years are going to be very exciting and the Irish government are putting a lot of money towards the recovery of the art scene.

“It's not just the artists, but the general public have been trying their best to shop locally, support small businesses with home made food.

“There has been a great general change in attitude everywhere in the world, so I'm really looking forward to the next couple of years,” she added.

'Songs of the Sea' can be viewed at Roe Valley Arts & Cultural Centre until February 5.