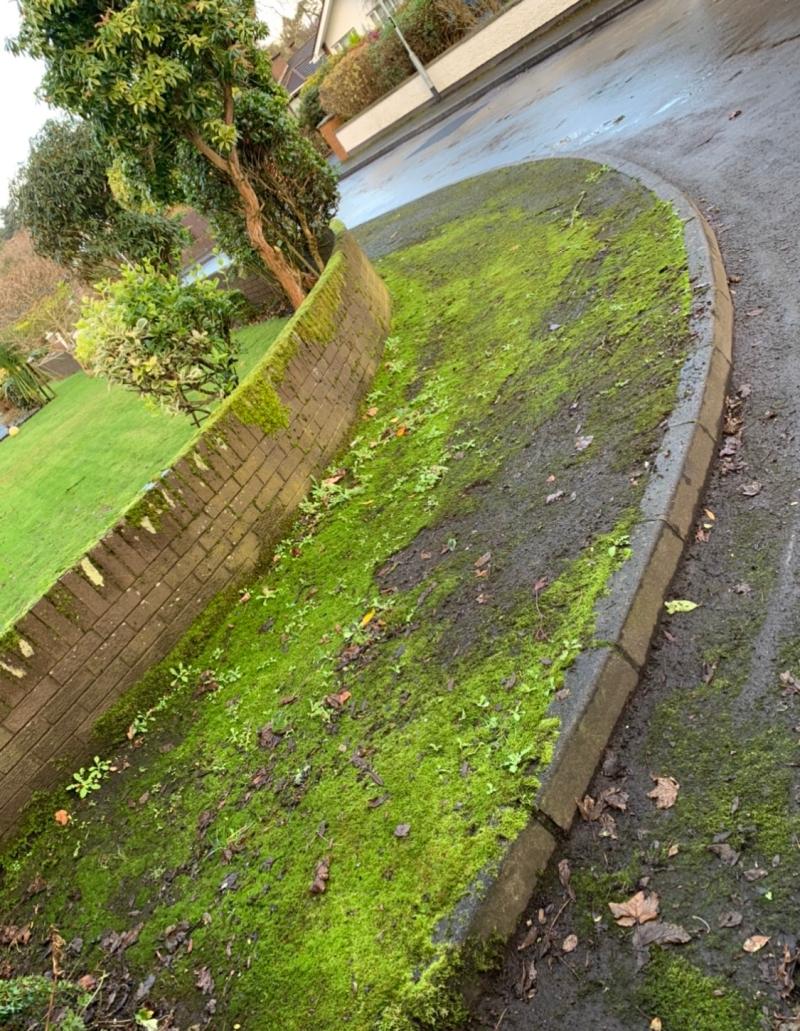 Foyle Sinn Féin MLA, Pádraig Delargy, has raised concerns about the overgrown moss on the footpaths in Mount Pleasant just off the Culmore Road.

The moss has been building up for a number of weeks with residents contacting Mr Delargy to see what can be done.

Moss may look relatively harmless but due to the moisture it absorbs, the ground that it's on becomes slippery and concerns have grown for the potential for accidents of people crashing to the hard pavement surface due to slipping on moss.

Another concern is the state of the pavement with moss being known to cause damage to the surface – such as cracks – as it grows.

Mr Delargy said “I was contacted by residents concerned about the state of the footpaths in the area with overgrown moss and the obvious dangers this presents. And also that many of the footpaths there are badly worn.

“Anyone trying to navigate the moss has to step out onto the road to avoid slipping on it. I visited the area myself to see the situation first hand and was shocked to see the state of the footpaths and would echo the concerns of residents. If anyone was to slip here, they would have a very bad fall.

“I have contacted the Department for Infrastructure and I hope they can find a resolution to this issue.”

The Derry News contacted the Department for Infrastructure who said that this matter would be addressed over the coming weeks.

A spokesperson said: “There has been some build-up of moss on the footways in Mount Pleasant and works for its removal have been programmed.

“Mount Pleasant will continue to be inspected regularly and any defects that meet the intervention criteria defined in our current Roads Maintenance Standards for Safety – Limited Service policy, will be programmed for repair.

“A Council wide programme of moss removal, which included Mount Pleasant, was issued to one of our external maintenance contractors on December 6, 2021.

“Work to remove moss from the footways in this area, should commence within the next few weeks.”