In an exclusive interview with The Derry News, Chair of the British Medical Association's Northern Ireland Council, Dr Tom Black, says no new restrictions will stop virus figures rising over the next few weeks as Omicron variant is already "baked into the system" 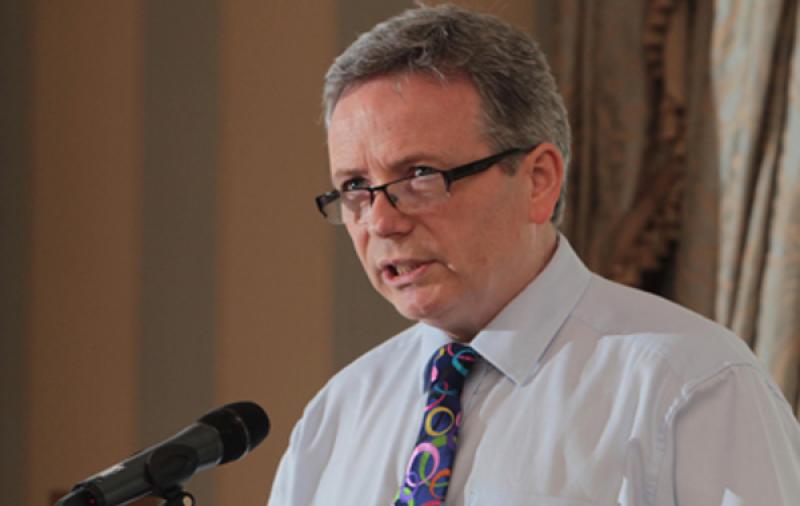 Derry GP, Dr Tom Black: "We are in a position where we are just going to have to work our way through the next four to six weeks."

The horse has bolted as far as a new lockdown is concerned says Derry-based GP, Dr Tom Black in an exclusive interview with The Derry News, as figures show yet another sharp rise in the area's Covid-19 rate.

Figures from the Department of Health show that 4434.0 cases per 100,000 were racked up by Derry City & Strabane District – a rise from 2668.5 and still the highest rate in Northern Ireland.

Neighbouring Fermanagh & Omagh had the second-highest rate of 3591.2 while the lowest figure was to be found at Ards & North Down with 1887.2.

While there are suggestions that another full-scale lockdown may be imposed by the Executive, given that the new Omicron variant of Covid has long-since embedded itself within the island of Ireland, no matter what restrictions are put in place, Dr Black – who is the Chair of the British Medical Association's Northern Ireland Council – said that rates will continue to rise over the next few weeks.

He said: “It doesn't matter what restrictions we put in now because the effects of the fifth wave, which is Omicron, are already baked into the system. What is going to happen over the next few weeks cannot be altered now.

“(Regarding a new lockdown) the horse has bolted. That ship has sailed. We are in a position where we are just going to have to work our way through the next four to six weeks.

“This will include another two weeks of a huge infection rate, two or three weeks after that will be hospitalisations – hopefully not in large numbers and not too much pressure on Intensive Care Units. The pattern so far is that hospitalisations are not as bad as they were last January with the Delta variant.”

Although the Omicron variant is generally regarded as being weaker than the Delta one that struck 12 months ago. Dr Black says that while young people who have been fully vaccinated maybe able to cope with it, the elderly may be more vulnerable to this variant.

He added: “In September 2020, Derry and District had the highest rate in Western Europe and we are more than four times higher than that rate now. The rates that we've seen in the past are so modest compared to what we're seeing at the moment.

Figures from the Department of Health of positive Covid-19 cases in the North of Ireland.

“The rates at this moment are just phenomenal. You always worry about older, vulnerable people getting infected – certainly in Derry in the last week, we've seen more than five hundred patients in Derry and Strabane over sixty years old becoming infected. Across Northern Ireland that figure is more than three thousand.

“Your worry from that is do those elderly and vulnerable patients end up in hospital? So far, our numbers for hospitalisations have only increased to around ten per cent in the last week or so. But we will be watching it very closely because although the Omicron variant is clearly a milder disease for younger people, we don't know yet how it will affect the elderly.

“With Omicron, the factor here is how infectious is it. I think that's the major reason we've seen such a big increase. As throughout the pandemic, every time we think we're successful, we become complacent and loosen up and complacency always leads to failure.

“There was something about us being too complacent before Christmas in terms of bringing in enough restrictions early enough. That to some extent is the problem with a democracy. Politicians want to react to public sentiment rather than anticipate public sentiment.

“You see in China, they closed down a million-person city (Wuhan) after they get three positive results. Whereas (Prime Minister) Boris Johnson seems to be quite content to tolerate hundreds of thousands of infections per day because he thinks that's what the public seems to be wanting to tolerate.

“It's a strange dichotomy in terms of how democracies respond to these pandemics.”

The Health Service has been under considerable strain ever since the pandemic began almost two years ago.

And Dr Black warns that the strain both the virus and the extra workloads it has brought upon the medical sector may well affect important services being delivered by the Health Serivice.

He continued: “We worry about how the virus will affect individuals in terms of their own health but also the effect that is happening on the Health Service with respect to the ability of staff to attend work.

“The BMA mapping before Christmas suggested ten per cent of staff to be off with illness and a further ten to fifteen per cent off due to isolation. Unfortunately, we seem to have been proven to have been correct.

“We're seeing significant numbers of staff missing – not just in general practice but in hospitals with nurses, doctors, paramedics and particularly in the ambulance service as well with response times from ambulances longer than we would want.

“I see some of the ambulance services in the north of England were saying that if you had a heart-attack, don't wait for an ambulance – go directly and get a lift to hospital.

“That's an extraordinary situation that we're in that the virus is limiting the services for patients in other areas such as heart-attacks and strokes.”

Meanwhile, the Western Trust has said it will continue with the temporary suspension of visitors to patients in hospitals, such as Altnagelvin in Derry.

A short statement on the Western Trust's website read: “We would like to thank the public for their cooperation in relation to the recent changes to our visiting arrangements. Your support helps us to provide safer care for your relatives and friends who are currently in hospital.

“Due to the continued pressures on our hospitals and the high level of COVID-19 transmission in the community, visiting remains suspended across our hospital sites and facilities. This does not apply to birthing partners, for maternity arrangements.”

The Foyle Arena is serving as a mass vaccination centre. It is open between 9am to 5pm except on Friday, January 7 where it is open until 8pm. The centre is closed on Saturday, January 8 and Tuesday, January 11. Its opening hours on Wednesday, January 12 are 12pm to 8pm.

The Shantallow Community Centre will be offering vaccinations on Tuesday, January 11 between 4pm to 8pm.

There are limited walk-in slots but you can book your vaccination or booster appointment online at: https://covid-19.hscni.net/get-vaccinated/