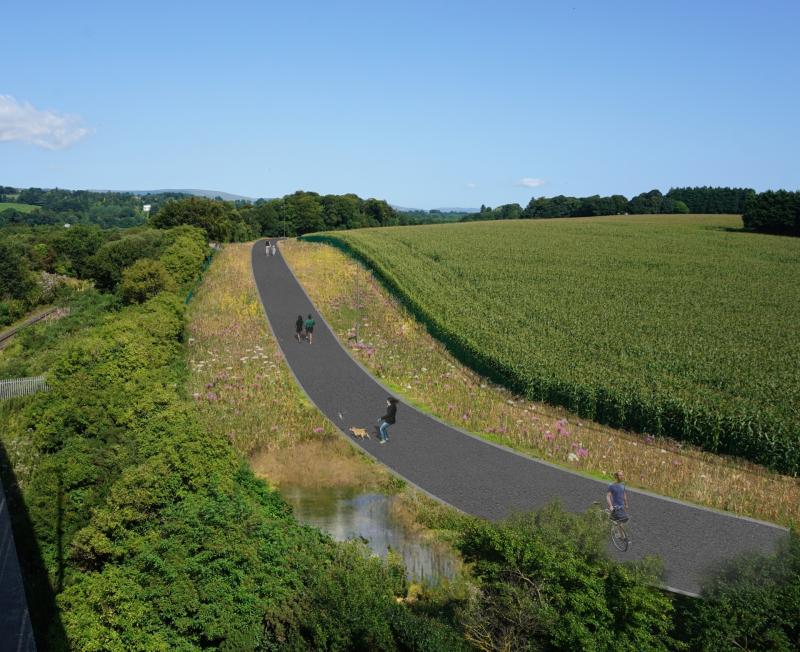 Mayor Graham Warke has welcomed a £440,000 funding boost for the Strathfoyle Greenway project that will bring residents closer to Derry's city centre.

The Department of Communities Minister, Deirdre Hargey, announced the extra funding for the extension of the existing Waterside Greenway that will stretch just over one and a half miles linking Stradowen Drive in Strathfoyle to the city.

The new project will also provide a new route for those commuting to Foyle Port and Maydown by bicycle or on foot.

Construction is due to commence early this year and be completed by late 2022 and Mayor Warke said that when finished, the new Greenway will “play a pivotal role in connecting communities”.

He said: “Strathfoyle Greenway is a key part of our greenway network, linking rural and urban communities.

“It will be a demonstration of how this kind of infrastructure can be built with people, biodiversity and climate change at its heart. I look forward to using the greenway when it opens next summer.

“I believe it will play a pivotal role in connecting communities in the Waterside to the city centre and inspiring people to change the way they commute.

“This project is a key element of our commitments in the Strategic Growth Plan to promote sustainable transport and green infrastructure.”

Foyle MLAs, Mark H Durkan and Ciara Ferguson also expressed their delight at the extra funding boost for the Greenway.

Mr Durkan of the SDLP said: “I am peased the Department for Communities have now confirmed their contribution of £440,000 towards the Strathfoyle Greenway.

“My SDLP colleague and Infrastructure Minister Nichola Mallon has previously announced funding for this long-awaited transformative and exciting project which I have been working on for years alongside the Strathfoyle community to progress, despite the many challenges along the way. It is great that other departments are contributing too and recognising the social benefits that improved infrastructure and connectivity will bring.

“Strathfoyle Greenway will be completely transformational for Derry and its surrounding areas, While the journey is not yet over, the finish line is in sight and this cash boost will be a great help in the progression of this vital local amenity.

“Developing active travel routes such as this one prioritises pedestrians and cyclists, encourages the uptake in active travel and will bring a multitude of benefits for the environment and people’s overall health. In keeping a continued focus on green infrastructure, we can create greener, more sustainable societies while tackling the climate emergency head on.

“There is a bit of work yet to be done but this investment from the Department for Communities will see this vital project one step closer to fruition.”

Ms Ferguson of Sinn Féin added: “This is a major boost for people living in Strathfoyle and will make it easier to walk or cycle to and from Derry city centre.

“I look forward to seeing work on this greenway completed and opened for use next summer.” 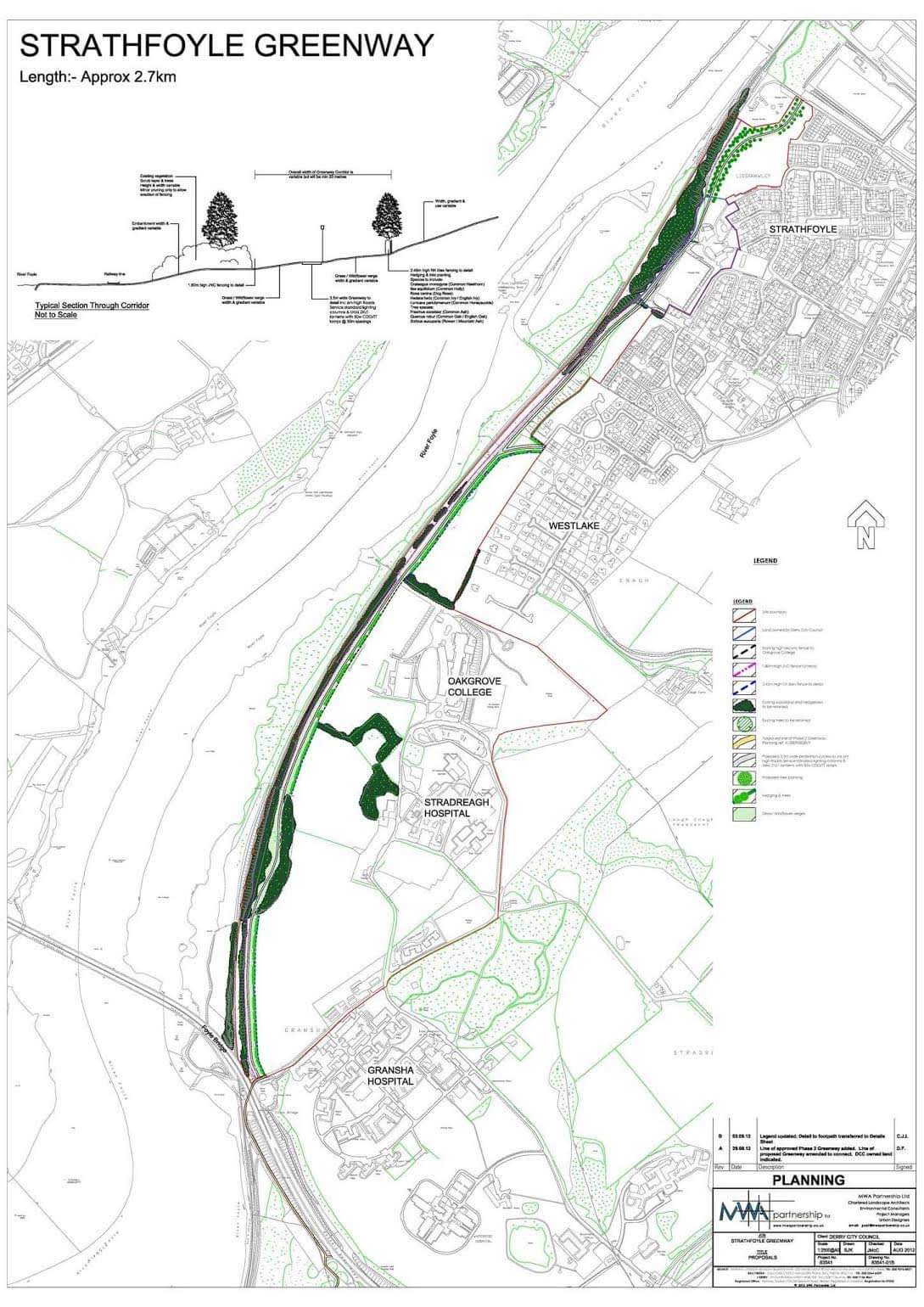 Communities Minister, Deirdre Hargey said the new Greenway would help to encourage local residents to lead a healthier lifestyle with the new walking and cycling pathways.

She said: “I am delighted that my Department has been able to provide £440,000 towards the Strathfoyle Greenway as part of a wider £2.64m funding package.

“The investment will enable local residents to lead a healthier active lifestyle through physical and outdoor activity and also provide greater connectivity between local communities and the city centre.

“This project is a great example of partnership working between various Departments and Council to deliver improvements for the local community.”