Women's group deliver 130 Christmas dinners in community thanks to funding 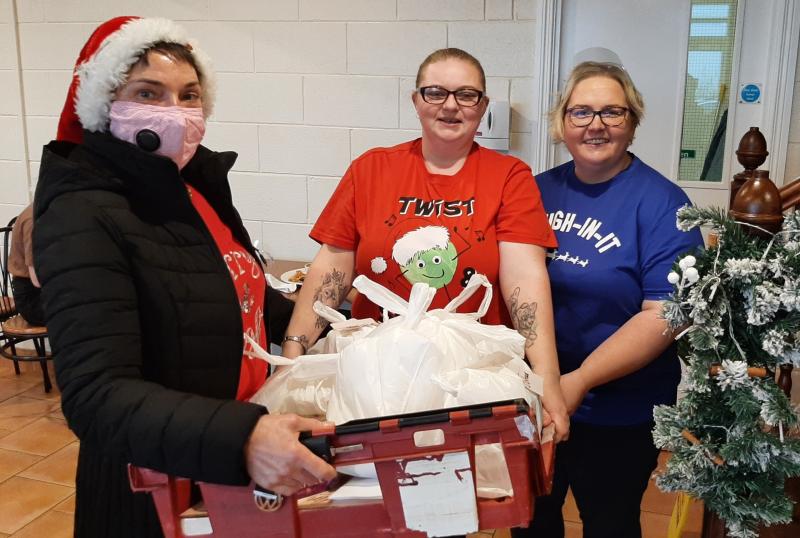 Committee member, Elizabeth, pictured with Tanya and Tina from The Country Cafe with a festive food delivery ready to go

Granaghan and District Women's Group delivered 130 hot Christmas dinners to people living in and around Swatragh village at the weekend.

The gesture was made possible thanks to funding from the National Lottery's 'Awards for All' programme.

This is the second year in a row that the group have been able to organise the delivery of the three-course dinners.

Each person received soup, a turkey and ham dinner with all the trimmings, and either trifle or plum pudding.

They also were given a bottle of Shloer, a box of chocolates and a customised Christmas card with an extract from one of the celebrated Irish poet John O'Donohue's poems: 'Time to be slow' - 'This is the time to be slow, lie low to the wall until the bitter weather passes'.

The local women's group would like to thank everyone who made this initiative possible, not least all the people who play the National lottery and therefore make this funding available to community groups.