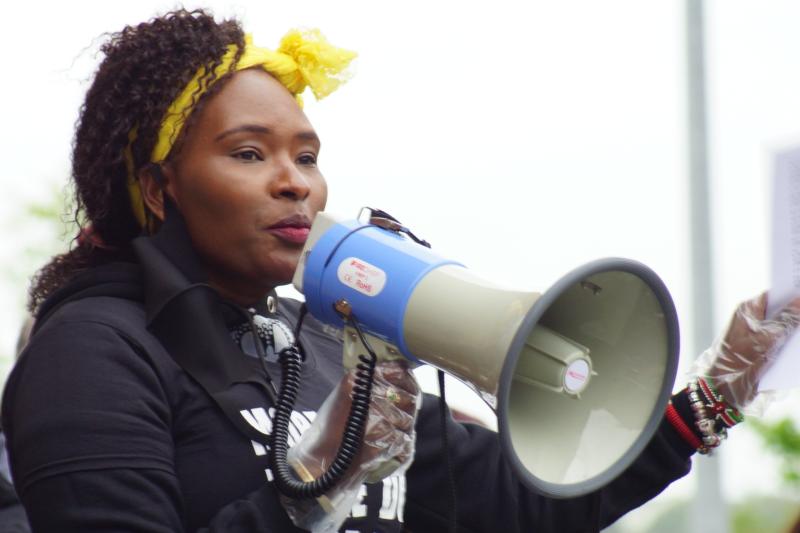 Cllr Lilian Seenoi-Barr: "There is a need for authorities to undergo a process of institutional development to ensure they relate to ethnic and religious minorities."

Cllr Seenoi-Barr, who represents the Foyleside ward, said that goodwill alone would not bring a change in society when crimes relating to racism result in little or no consequence for the perpetrator.

Last week the PSNI released their annual Hate Crime statistics. While the rate of racist crime in Derry went up slightly in comparison to the steep rise in Belfast, the fact that a decline in incidents involving racism was not recorded cause grave concern.

Cllr Seenoi-Barr insisted that only when politicians at all levels show strong leadership on this issue will a drop in racist hate crime occur.

She said: “Since 2015 we have seen a pattern where racially motivated hate crime figures exceed that of sectarianism.

“Any rise is concerning, but it is a familiar story. We already know from lived experience in our communities.

“There have been numerous reports highlighting the issues including Judge Marrinan Review of Hate Crime (2020), Criminal Justice Inspectorate NI (2017), NI Policing Board report (2018), European Commission against Racism and Intolerance (2016) among others.

“These highlight how common racism is but also failings in legislation, lack of convictions and the potential involvement of paramilitary activity in some attacks.

“It is disappointing that we still do not have robust legislation to protect people from hate crime, the number of convictions is extremely low and there is lack of urgency – or even recognition from the Assembly that racism is a significant problem in Northern Ireland.

“The rising figures show there is a lack of leadership in tackling racism at all levels in the North of Ireland.

“Goodwill is not enough to bring change when perpetrators consistently and continuously face no consequences for their racist actions.

“There is a need for authorities to undergo a process of institutional development to ensure they relate to ethnic and religious minorities and to recognise the need for robust hate crime legislation in tackling race hate crimes in the north of Ireland.”