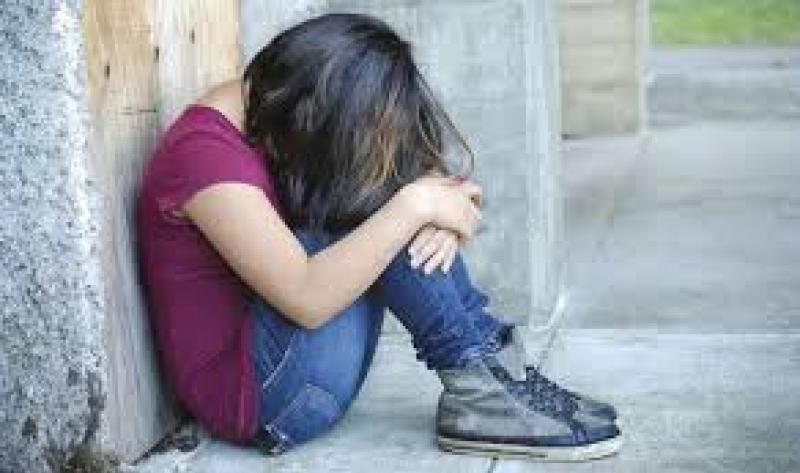 Figures revealed by the Western Trust of increased numbers of children in Derry and the north west suffering from depression and anxiety are of no surprise given the unknown and the uncertainty surrounding the pandemic.

Aileen McGuiness of the Bogside & Brandywell Health Forum insists that both children and adults have been affected with mental health issues during this ongoing Covid-19 period.

A Freedom of Information request made of the Western Trust by the BBC showed an 11 per cent rise of children under 18 years of age with mental health issues attending emergency departments at Altnagelvin Hospital as well as the South West Acute and Omagh hospitals.

There were reports also of two children, aged five and nine respectively, being admitted at emergency departments after having thoughts of suicide.

Ms McGuiness, whose forum helps and supports people of all ages with their mental health, said the Covid-19 pandemic that has been ongoing for nearly two years had taken its toll on child and adult alike with isolation and loneliness being detrimental to all, no matter their age.

She said: “I don't think this just affects childhood. Depression and anxiety affects the whole community. It's the unknown and uncertainty that people have that's leaving a feeling of helplessness.

“That couples the onset of anxiety and depression with life events getting cancelled and bereavement is affected as well.

“Bereavement is a massive thing that we're hearing about from schools with people not getting the opportunity to have that culture of grieving with bereavement. So that will have an impact with young people.

“Although the figures are very specific and looking at just young people, we need to be realistic across the board and say this is affecting everybody in all age groups.

“Isolation and loneliness is a very, very detrimental thing for anybody at any age. Plus the unknown and uncertainty for people is dragging out and taking its toll.

“Not getting the opportunity to do what they would in a normal life such as doing new things, exploring and socialising – that is happening with young people.

“You watch children now when they go into a shop. Straight away they go and sanitise their hands. That automatic reaction to be cautious all the time and to think about it all the time affects the high chemicals going on in their heads.

“So that anxiety and depression is kicking in. Life for them should be adventurous, climbing trees, going out and exploring, doing happy things and different things.

“But nobody's getting the option to do that. It's either sit at home with your family or be confined within one class at school and you can't move about. Even in secondary schools, it's the teacher that moves about – not the pupils.

“For young people, exploring a different environment is not happening for them and as a result, they are not getting stimulated.

“The virus is there and it's become part and parcel of society. But if you look at the Derry City and Strabane District Council area alone, we are the highest-ranked council in the North for poverty and childhood poverty. We're also one of the highest in the UK.

“So you're seeing the restrictions that's happening with families with money coming in and with unemployment as well.

“I've been in meetings and found myself going 'oh my God. What are we doing here? How do I need to address this? How do we need to change this?'.

“It's not a nice picture. I don't want to sound all doom and gloom because there's organisations out there that can give help and support and that's what we want to promote. To say that we're here and we'll listen.

While vaccinations are being rolled out, the dissenting voices not just on TV or on social media but on the streets as well, are also adding to any anxieties that children may have. Not just about receiving it themselves but for their parents and older siblings too.

Ms McGuiness added: “The belief and the non-belief about them will be an added worry. It's probably a constant debate amongst families as well and children are picking up on that.

“With the vaccinations, some adults naturally have phobias about receiving a needle. Children will as well. Not to mention any fears they have about what might be in the vaccination because there's been so much hype about it.

“We've seen people going to protest against the vaccinations outside of schools and the children are picking up on that and that's not healthy for them. It's just not a normal time for people across the board.”

Many the world over are looking forward to the pandemic finally being lifted. However, Ms McGuiness warns that the long-term impact of it will have to be dealt with.

She continued: “When we're finally out of the pandemic, we are going to have to be dealing with the long-term impact of what we've all gone through.

“It is concerning for everybody. It's not just about high-level mental health, it's about people being able to socialise again and the anxiety of going into buildings again.

“But then you do have those people who have totally flourished within lockdown. I'm sitting here talking about the negatives but we also have to look at the lessons learned and the benefits of it – such as working from home which some have benefited from.

“It's picking and choosing the best pathway for us. Yes we know there are problems with anxiety and yes, we know that depression is going to sit in.

“But lets re-focus that and say 'what positives did you get to do over Covid?'. You got time to spend with your family more than if you were working and they were at school.

“So we need to change a bit of the narrative around this too.”

If you or a family member or friend has been affected by the issues discussed above, the Bogside & Brandywell Health Forum offer a range of support services. Their website is at: https://www.bbhealthforum.org/

Alternatively, you can contact the Bogside & Brandywell Health Forum on: 028 71365330 or email them at: info@bbhealthforum.org